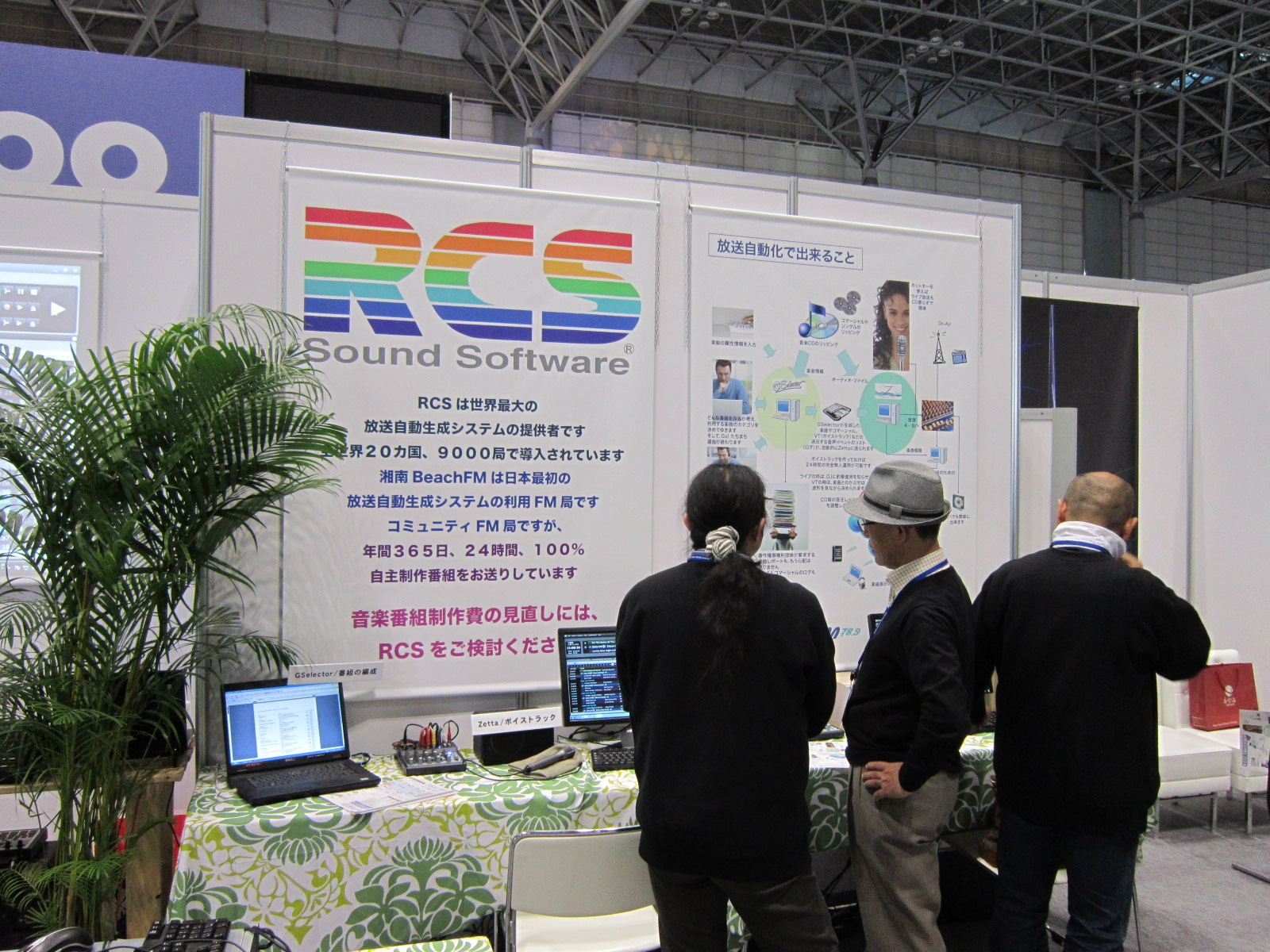 This automated music broadcasting system is made up of the "GSelector" track scheduler and the "Zetta automated broadcasting sound generation system.
By pre-registering tracks' attribute information and categories, it is possible to automate track selection, organization and delivery. Tracks can be selected and organized for a 1 hour show in a space of about 15 seconds. By pre-recording a voice track, it is possible to operate the system unmanned 24-hours-a-day.
Track selection conditions can be specified, such as not using tracks from the same album or by the same artist in the same program. It is also possible to check selected tracks and re-organize them at a later date.
Played tracks can be output as Excel data. This enables the easy creation of reports listing all tracks, as required by copyright groups, leading to more efficient copyright management administration.
With this system, Shonan Beach FM is able to create radio show with a minimum number of staff. Except for segments such as news and traffic information, shows are generally fronted by DJ personalities.

To demonstrate the actual running of the station, part of the booth was converted to a studio from which DJ personality, Ai Esashika, broadcast a live show. The DJ operated the system to broadcast a show, intermingling music with chat. The broadcast carried out at the venue was delivered live via a network to a local station.
Using this automated music broadcasting system supports community broadcasting without need for a director or engineer. This can help to cut show preparation work and achieve significant cost savings.
RCS's system is used by over 9,000 radio stations and cable TV, satellite and Internet broadcasters in over 20 countries worldwide. RCS's software system is sold via its Japanese distributor, ARTECH (Hayama-machi, Miura District, Kanagawa Prefecture). It is also available through a special price lease contract system aimed at community broadcasters.