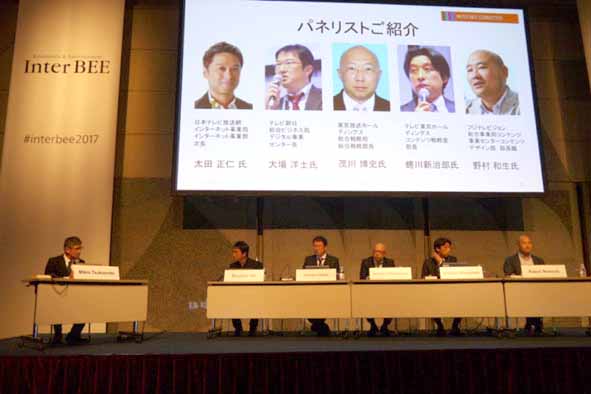 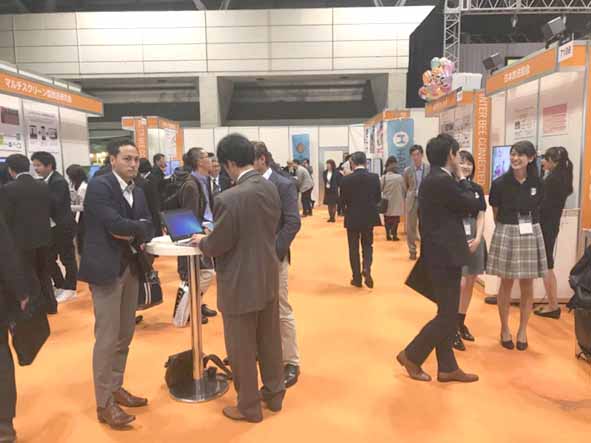 The Exhibition Corner, where exhibits for online services and more have come to take hold 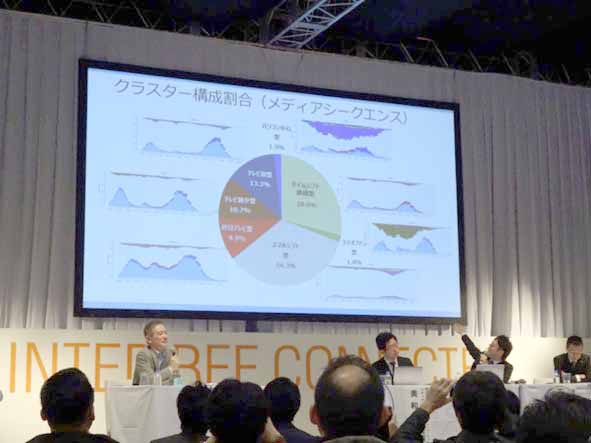 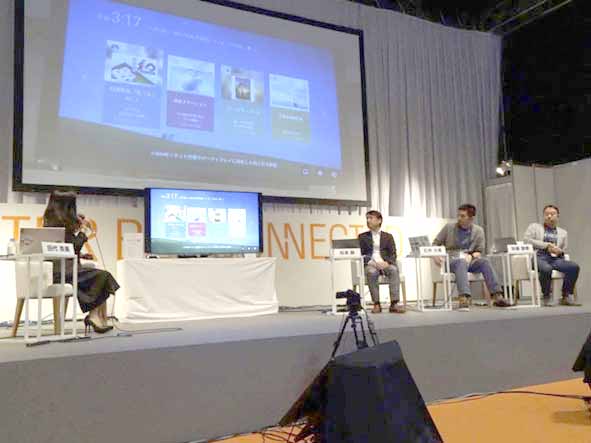 Discussion on the latest trends in smart TVs

Discussion on "Cable ID," initiatives for which began in the industry this year

INTER BEE CONNECTED kicked off on November 15th as a special event from Inter BEE. This is the fourth time for this CONNECTED event, which began in 2014, to be held, and this year's event is flourishing with even more exhibits and sessions.
Twelve organizations are here as exhibitors. New faces such as Photron and J-Stream joined the event in addition to our regular guests such as HAROiD and the Multiscreen Broadcasting Study Group.

■ HAROiD Exhibits Their "HAROiD Note" Service Using Smart Speakers
Many guests flooded the exhibition corner from the time the doors opened at 10:00 AM and could be found listening intently to the explanations given at each booth. Many of these exhibits were for online services and other items which have always stood out in stark contrast to the regular broadcasting hardware exhibits of InterBEE, but, this year, these displays seem to have blended harmoniously into the event.
HAROiD, who unveils a new service every year, garnered attention when they unveiled their "HAROiD Note," which uses currently popular smart speaker devices to raise the value of television commercials.

■ Dentsu and Video Research Present a New Way to Think About Audience Analysis
Four sessions, including the keynote speech, were held on the first day. The first of these sessions was presented by Dentsu and Video Research who spoke on a new way of thinking about audience analysis.
Of particular note was the idea of "Social Sequence Analysis," presented by one of Video Research's young researchers, Tsuneto Watanabe, which is an analysis method that draws associations between people's lifestyle activities and their contact with media. Those in attendance seem to have received a fresh surprise in the form of this totally new analysis perspective and the behaviors people show surrounding media which can be seen as a result.

■ A Heated Discussion on Broadcast Services With Flagship Station Representatives
The INTER BEE CONNECTED keynote speech began at 1:00 PM at a separate venue, the International Conference Hall, on the theme "A New Era of Broadcasting - Flagship Stations and Platforms" and moderated by Mikio Tsukamoto from Wise Media (top photo).
Every year, the central feature of CONNECTED has been a session on the broadcasting services of each flagship station. This year, however, a discussion was held on the topic of the various video platforms which are managed either directly or indirectly by each station. This presentation saw the representatives of each station become even more heated than usual and turned into a marathon session stretching a whole 30 minutes longer than scheduled.

■ Sharp Demonstrates a Brand New Smart TV
Next, back in the main venue, a session was held looking at the latest trends in smart televisions. Yu Matsumoto, who takes part in planning and development at Sharp, brought in their newest smart TV which had just gone on sale in November, and a discussion was held focusing on the demonstration of this new device. The brand new services shown to attendees on the projector caused quite the stir among the broadcast representatives in attendance.

■ The Key to Cable ID is Coordination and Collaboration With Other Businesses
Finally, at a session with cable television representatives, a discussion was held concerning "Cable ID," for which initiatives began within the industry this year. The discussion centered on precisely how a unique ID for the cable television industry might be used and instilled in the industry. The key point which came out of this discussion was the question of how the industry might coordinate and collaborate together with other businesses.


The "CONNECT" in the name INTER BEE CONNECTED is, of course, a nod to the connections with the internet and with business. This theme became even more pronounced this year, and a common theme which could be seen from each session was that this idea has spread to include connections with other businesses and with viewers as well. It is certainly worth paying attention to what sort of "CONNECT" will come out of the remaining two days of discussions and exhibitions here.