Inter BEE 2011:Studer Japan Broadcast of the Hibino Group unveils its "OnAir 1500" mixing console for the first time in Japan 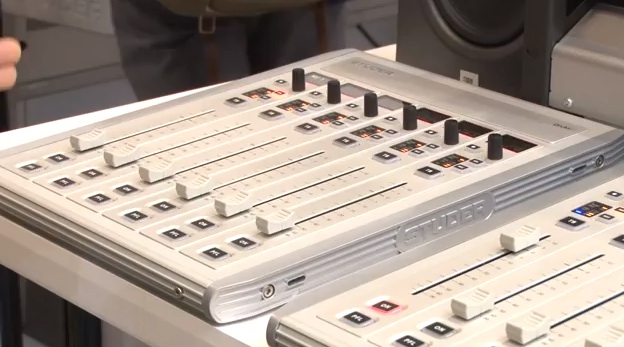 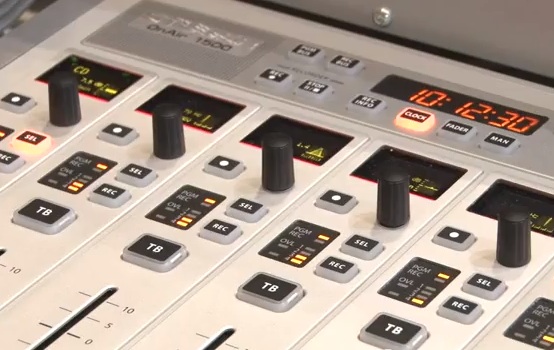 The newly-developed "NANON SCORE" mainframe features Mic/Line input/output by 16ch XLR connector with a 4U size unit (7 of the 16 channels are used as monitor output), and AES/EBU input/output by 4 XLR connectors. Furthermore, the basic configuration of the disc/module (console) enables connection to the mainframe by category 5 cable. The basic configuration of the console features 6 faders and an optional 6 faders can be added, allowing a total of 12 faders to be used. If the number of inputs is insufficient, 2 separate card slots can be equipped with any D21m I/O module, and it is possible to select optical MADI input/output from 4ch Mic/Line inputs (max. 58ch in / 40ch out).

In regard to other features, the President and Representative Director of Studer Japan Broadcast, Tsuyoshi Nogi, explained that "it is equipped with a USB Port, so recording and playback functions are possible by connecting a USB memory or USB hard disk. He went on to explain that "it also has an optional independent DC12V redundant power supply unit, so it can be used for outside TV broadcast vans. Another feature is that due to its compact design, the OnAir1500 can be used in a variety of settings such as outside broadcasting vans, radio live broadcast consoles, and TV stations' narration recording and dubbing.