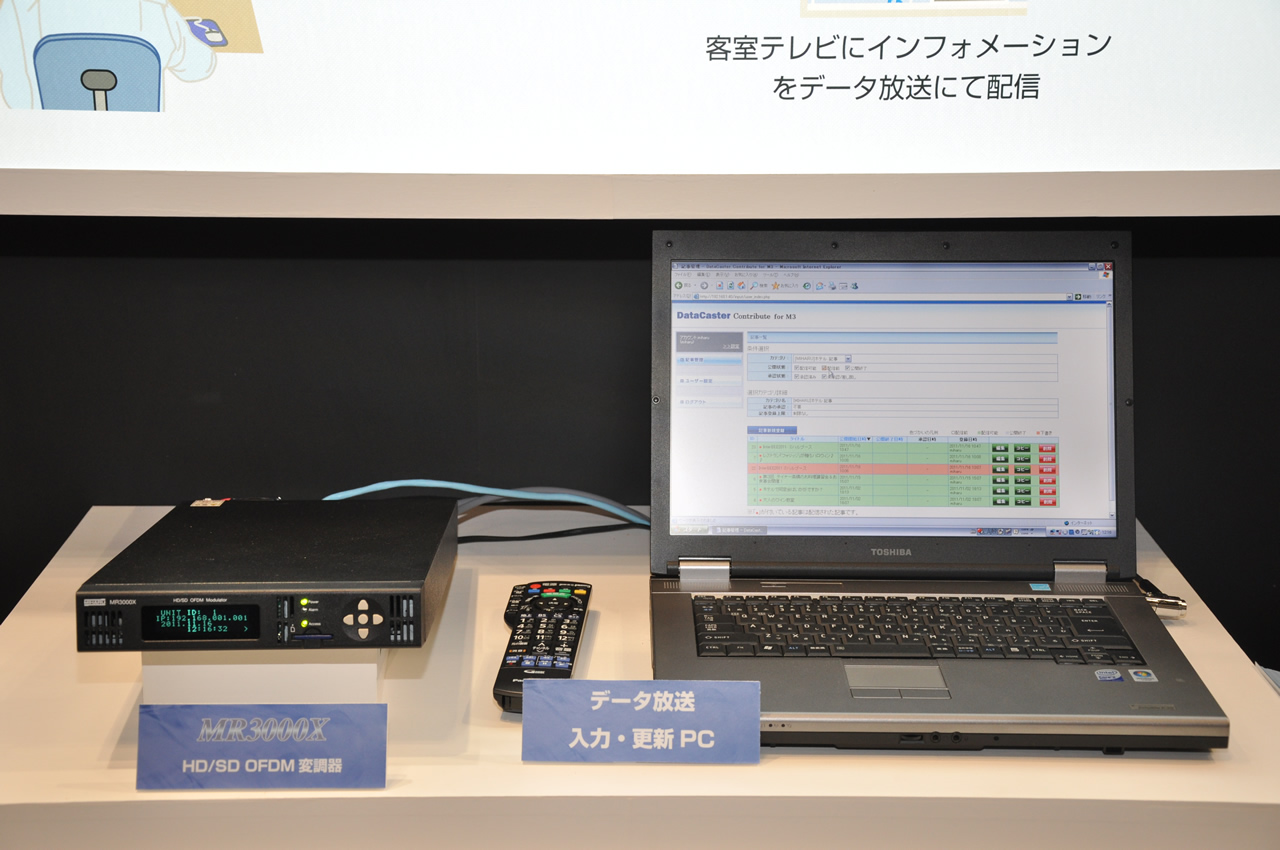 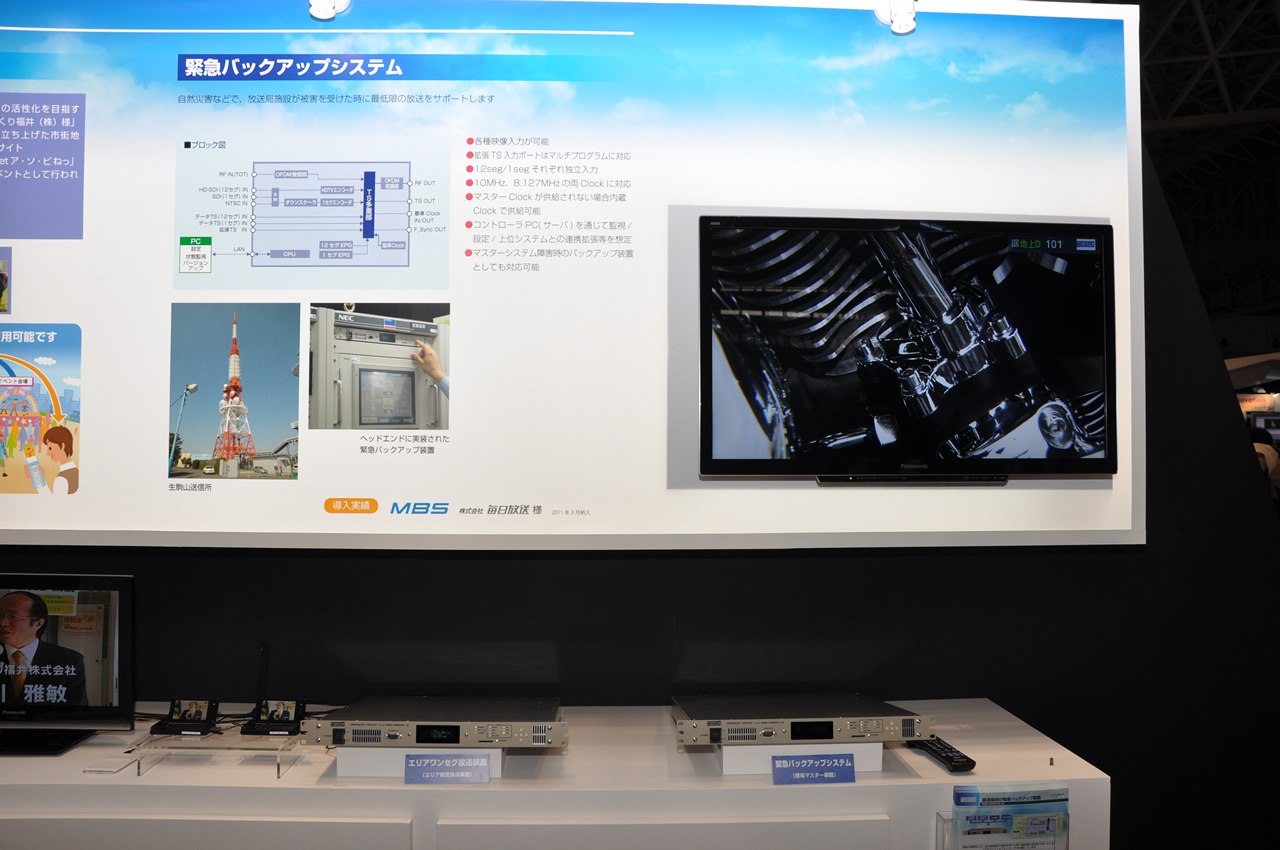 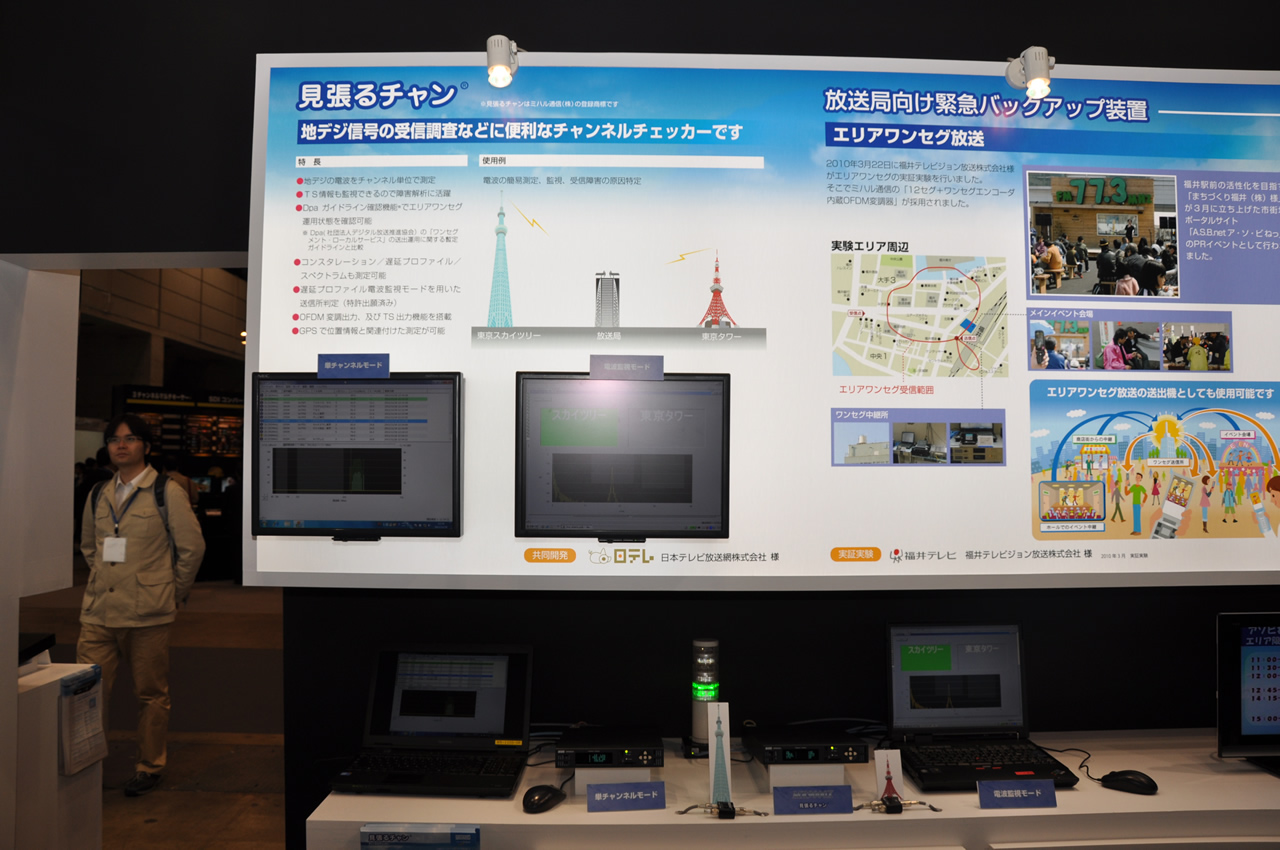 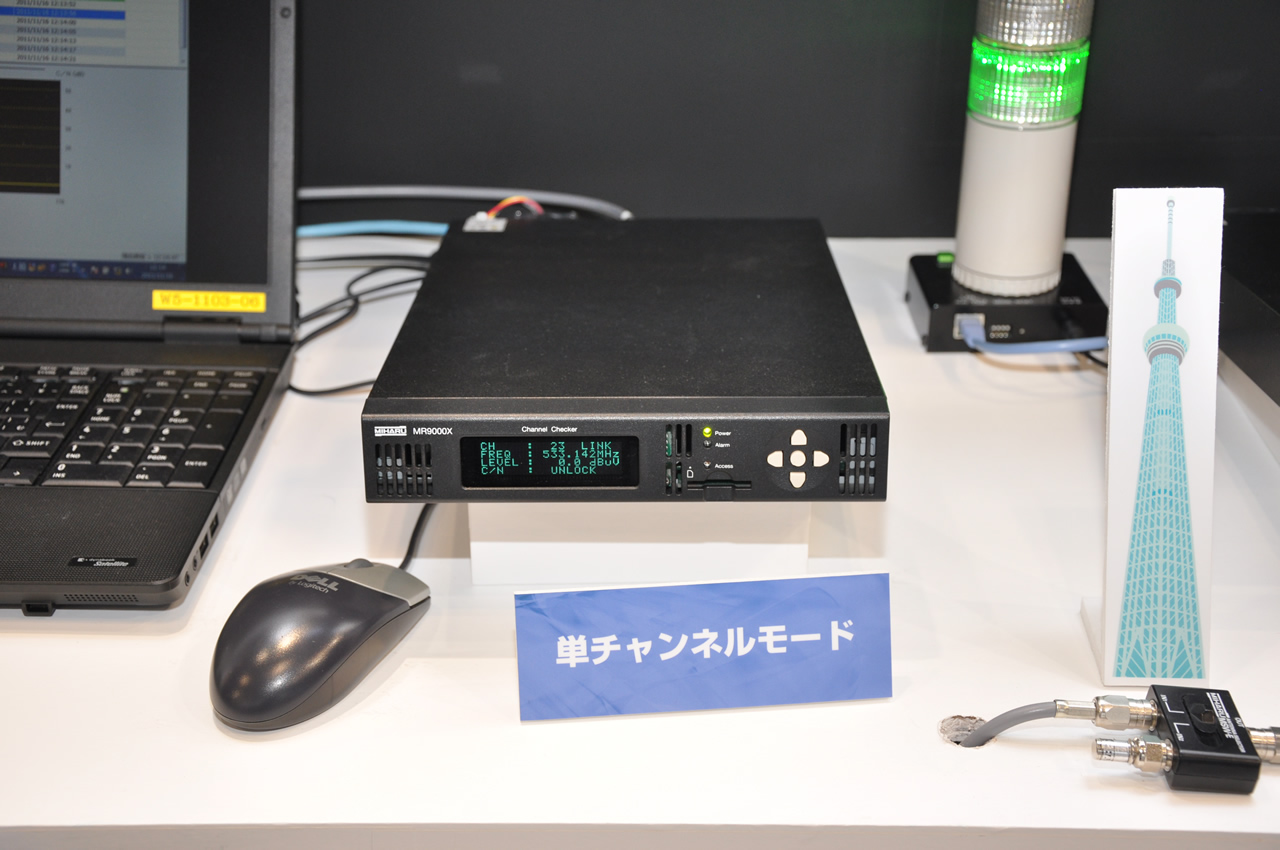 A booth representative explained about the company's lineup of in-house digital broadcasting system: "through common design we have cutback costs and prepared systems for a variety of uses."

This emergency backup system for broadcasting stations is a 1U rack size OFDM modulator, and includes an MPEG2 encoder for 12 segment digital broadcasts, an H.264 encoder for one-seg, a TS multiplexer and an SI/EPG generation module. It is expected to be used to provide a minimum level of broadcast support when a broadcasting station's facilities have been damaged, and to provide "area one-seg broadcasts" that are being relied upon in special white space zones. A booth representative explained that "we have received a lot of interest from broadcasters and we have already delivered it to Mainichi Broadcasting and TV Shizuoka. Fukui Television also used the system to test area one-seg."

Miharu exhibited the "Miharu Chan (MR9000X)" digital broadcast channel checker, which was jointly developed with Nippon Television to easily test the strength of the electric fields and quality of signals of digital broadcasts. Its strengths are its ability to measure signals by channel, and determine the transmission location by using the latency profile signal monitoring mode. 2 demonstrations were carried out at the booth: single channel mode and radio wave monitoring mode demonstrations.

Tetsuya Ogino, the Manager of the Software Design Section Application Group in the Engineering Department , explained that this device's radio wave monitoring mode "was being considered for use only in the Kanto region as it was originally developed to monitor digital broadcast radio waves from the Sky Tree and Tokyo Tower". However, he stated that "places that can receive several SFN stations may similarly be seen as a transmitter station, so we are considering selling it in regions besides Kanto".

In addition, Miharu exhibited its new HFC system (N Series) in conjunction with Inter BEE 2011. The N series allows for total automatic adjustment of the amps and nodes with the push of a single button, which previously had to be adjusted with plug-ins and other accessories when installing a transmission line. A booth representative explained that "aiming to reduce power usage by 30 to 60 percent against our previous products, this can make savings on electricity and ensure better operation during periods of planned electricity shortage".