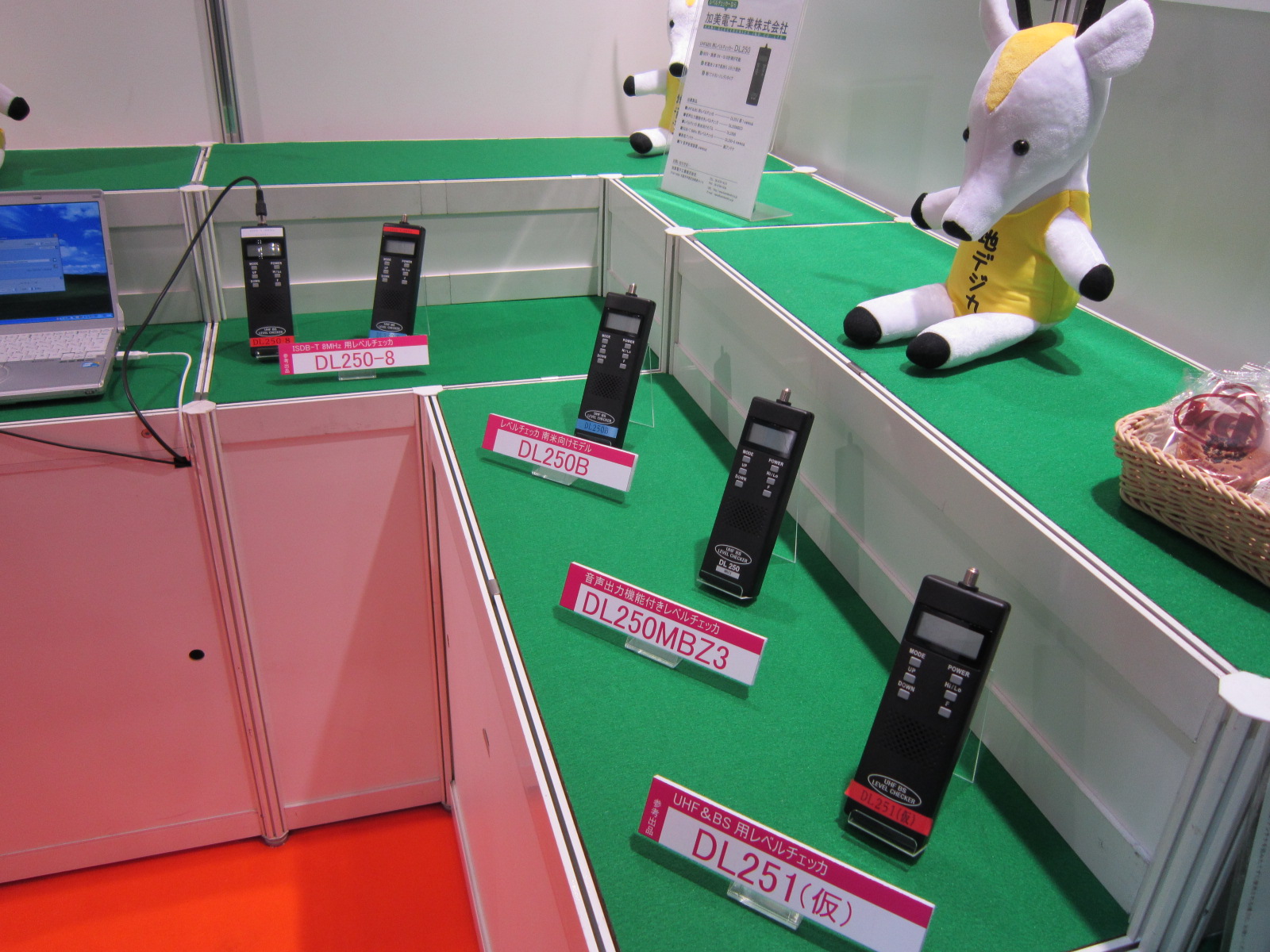 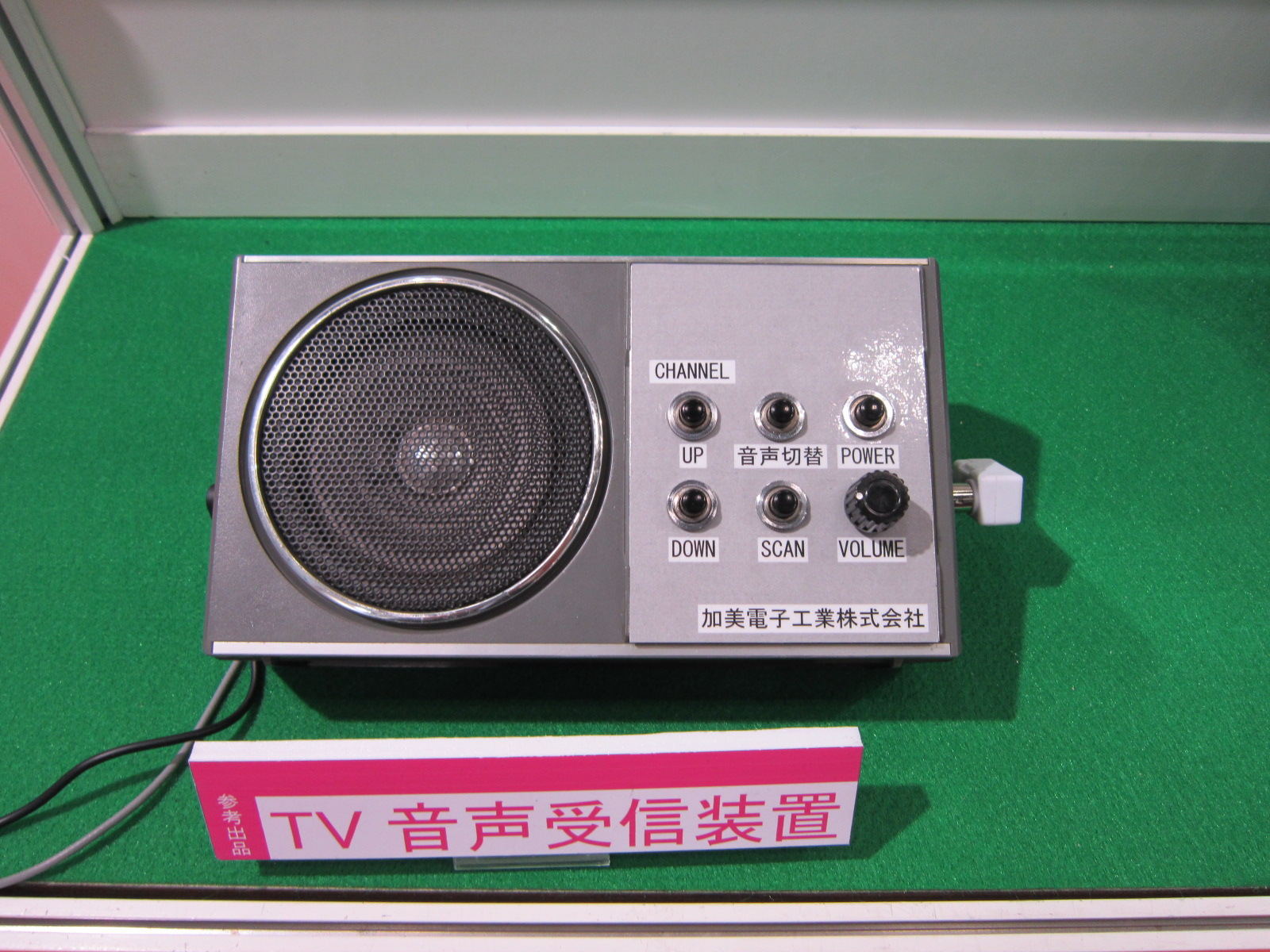 KAMI ELECTRONICS IND. exhibited a large number of level checker products aimed at the domestic and overseas markets. The product it is most promoting is its new "DL250" digital broadcast / BS level checker.

DL250 is a device to measure the radio field intensity of digital broadcasts (13ch to 62ch) and BS broadcasts (BS1 to 23ch). In addition to level checking, it can measure "BER", "CN conversion " and "GI", which demonstrate the signal quality of a digital broadcast.

With this device, it is possible to get a rough idea of trends relating to GI of multipaths, which previously could only be checked by high-end equipment. It conducts measurements without directly connecting to an antenna, helping to adjust antenna direction. Measurement results can be checked numerically, so even workers not proficient in BS work can use it with ease and it is believed that it will improve work efficiency.

KAMI ELECTRONICS IND. also exhibited at its booth the "DL250B" frequency level checker aimed at the South American and African markets. The DL250B is a level checker for countries that have adopted ISDB-T such as Brazil and Chile. It can also measure BER, CN conversion, and GI.

A number of items exhibited for reference purposes with an eye on commercialization in the future also attracted attention. One such exhibit, the "DL250-8", is an ISDB-T 8MHz band level checker. It is a special model for 8MHz ISDB-T and is being considered for use in Africa. It is a simplified model, and the first with 8 MHz channel bandwidth. In addition to level checking, it can measure BER, CN conversion, and simple GI. It runs on a battery so it can be used securely even in regions with an unstable power situation.

■Device to receive digital broadcasting sound only under development