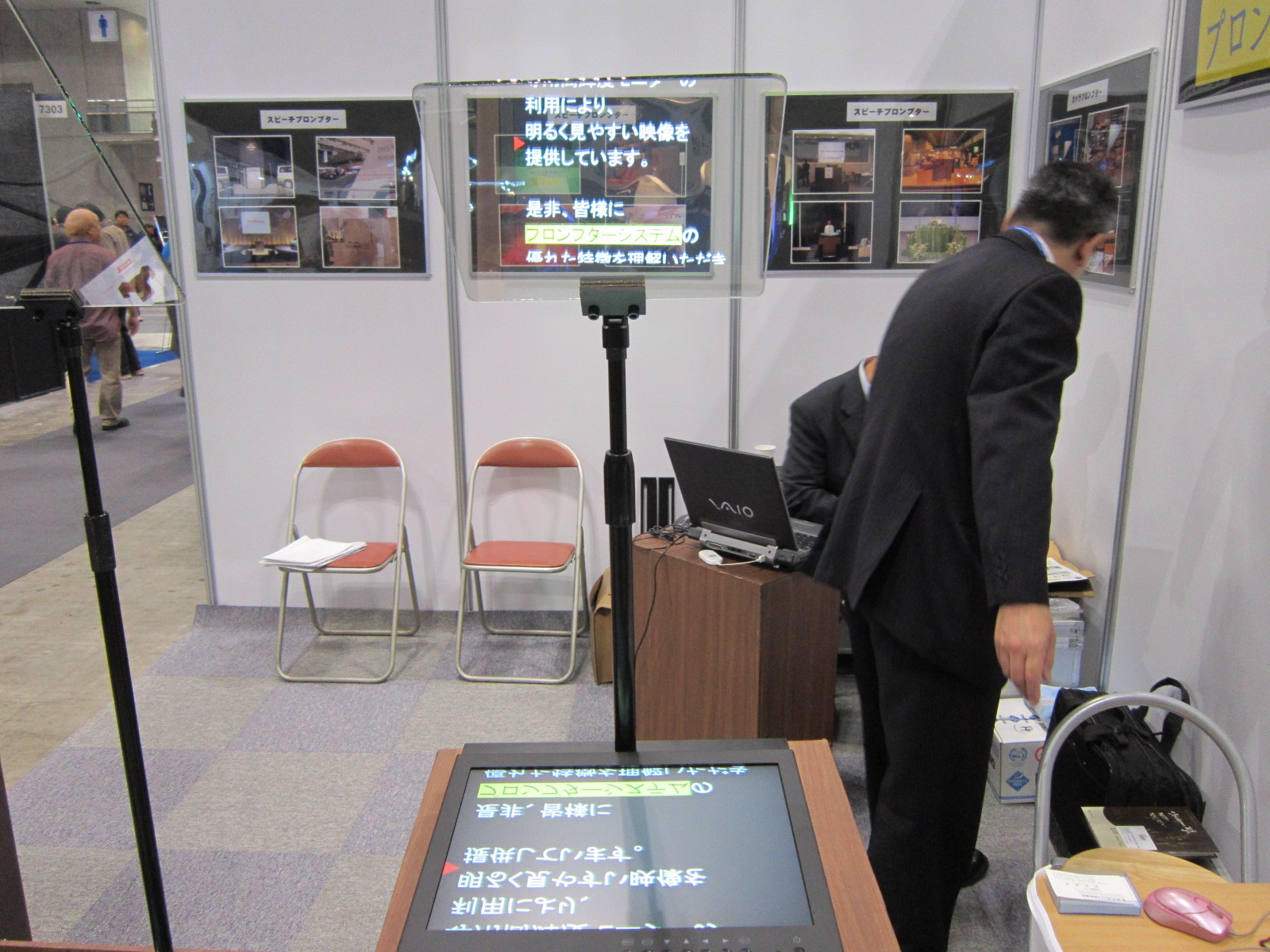 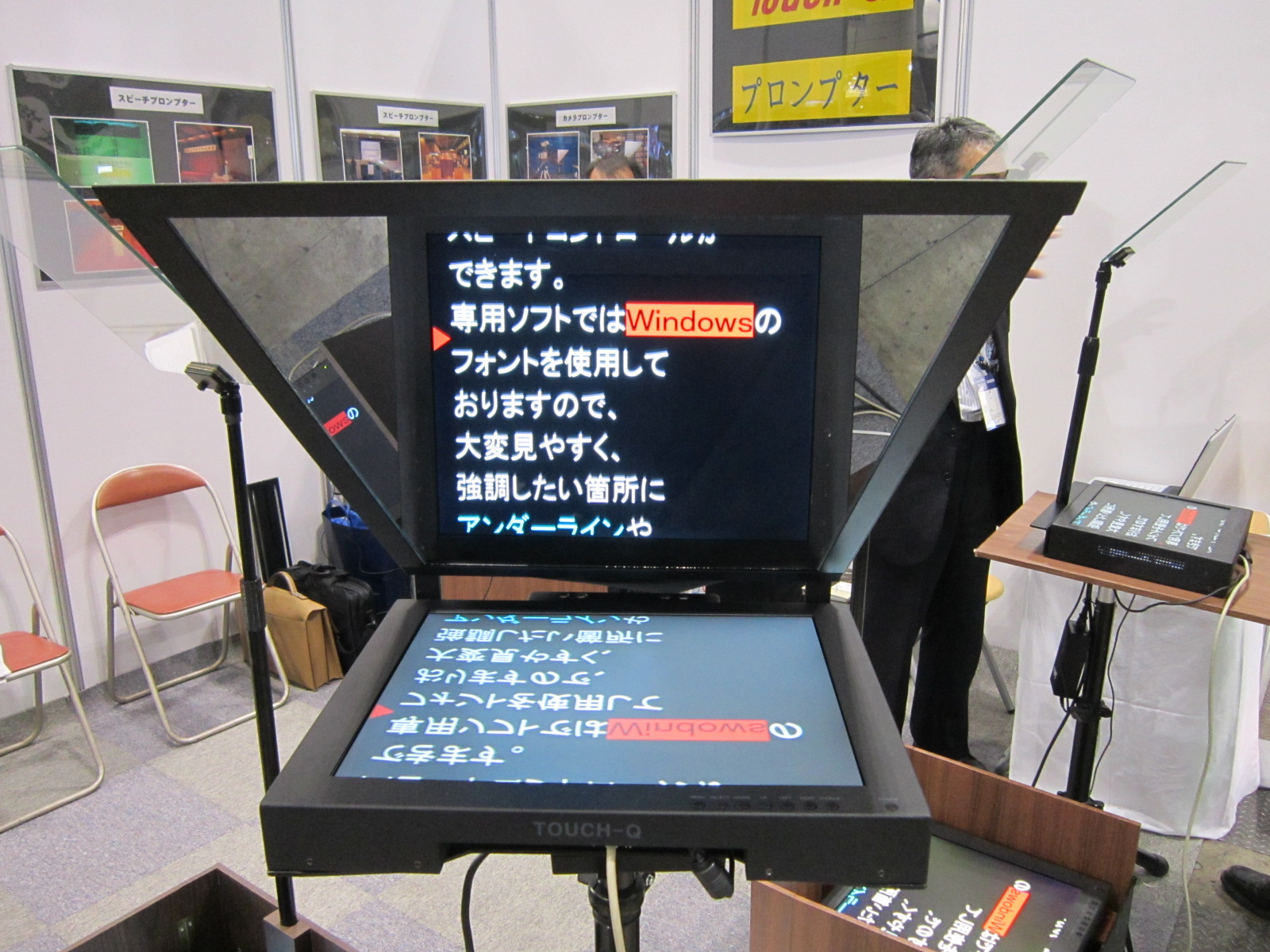 Touch-Q is exhibiting speech prompters for speeches and lectures as well camera prompters for film use. Prompters are devices used during speeches and broadcasts to project a text readout. They remain hidden from the view of audiences and listeners and aid the speaker.

Speech prompters are used by government heads during speeches and press conferences, as well as corporate stockholder meetings and new product announcements. They come in box-shaped formats optimized for podiums, as well as standalone tabletop models.

Camera prompters work by reflecting the original text onto a half-mirror situated in front of the camera, allowing the presenter to speak while looking straight ahead. These devices are in standard use on American news programs.

The Touch-Q's prompters on display distinguish themselves by their increased luminosity. While standard prompters have a luminosity between 300 and 400 candelas, Touch-Q's products achieve about 2,000 candelas. "When the hall is too bright and the device can't put out enough candelas, the text on the prompter gets washed out and unreadable. With a 2,000-candela brightness rating, we can display text clearly even in a very brightly lit hall." (Booth employee).

The Touch-Q prompter system was developed in America. They began selling the devices in Japan in 1995, and they have since been widely used by publicly traded firms, broadcasters, and event organizers. Their products are sold domestically through Archi Vision Systems (Matsuo, Chiba Prefecture), the comprehensive distributor of their products in Japan.