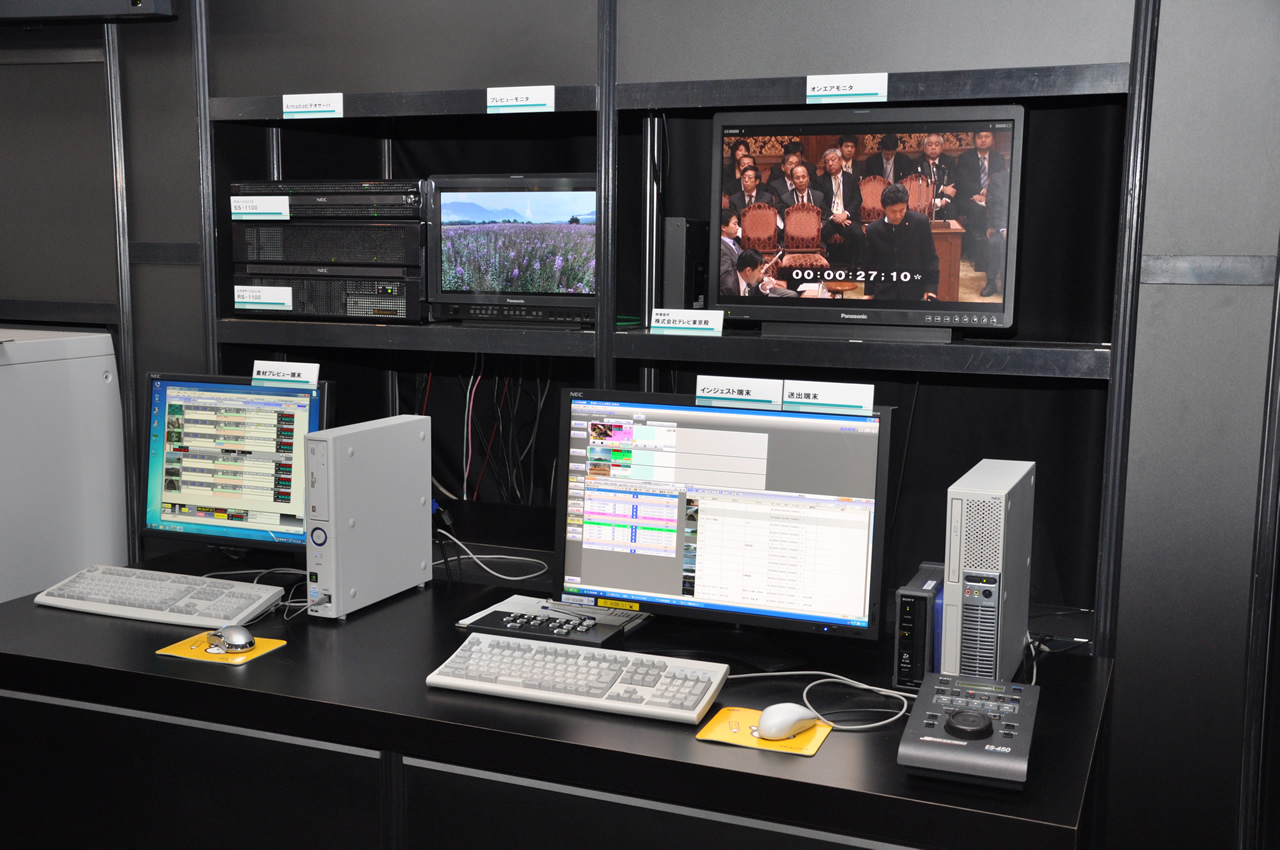 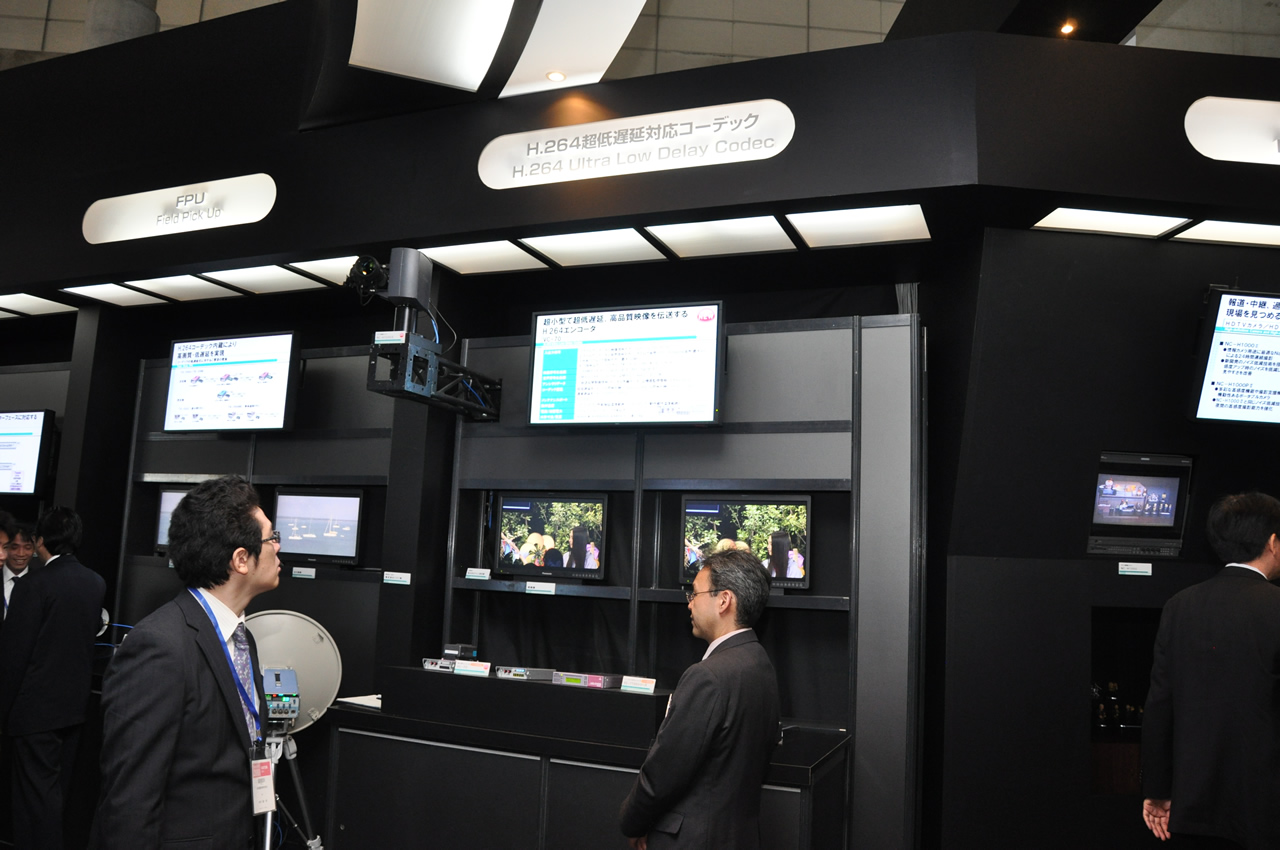 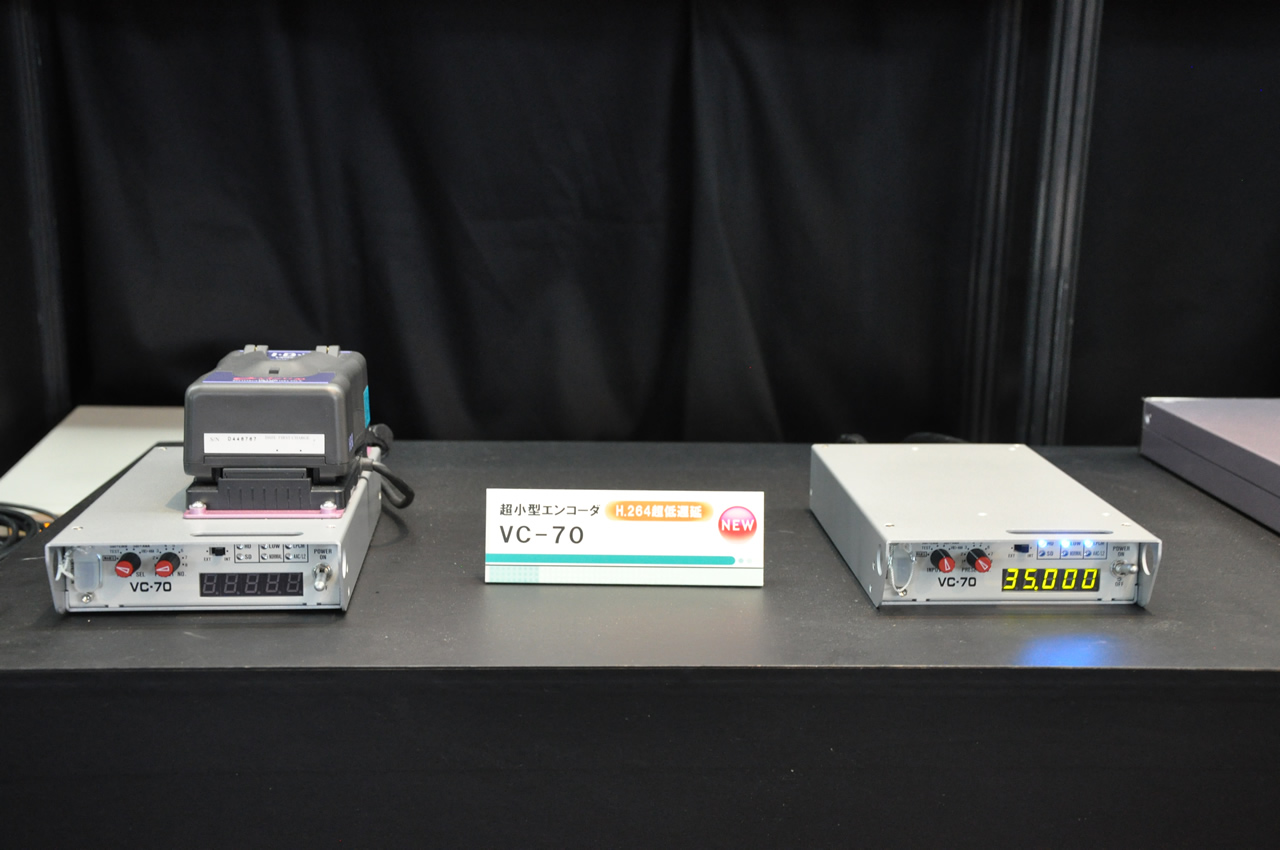 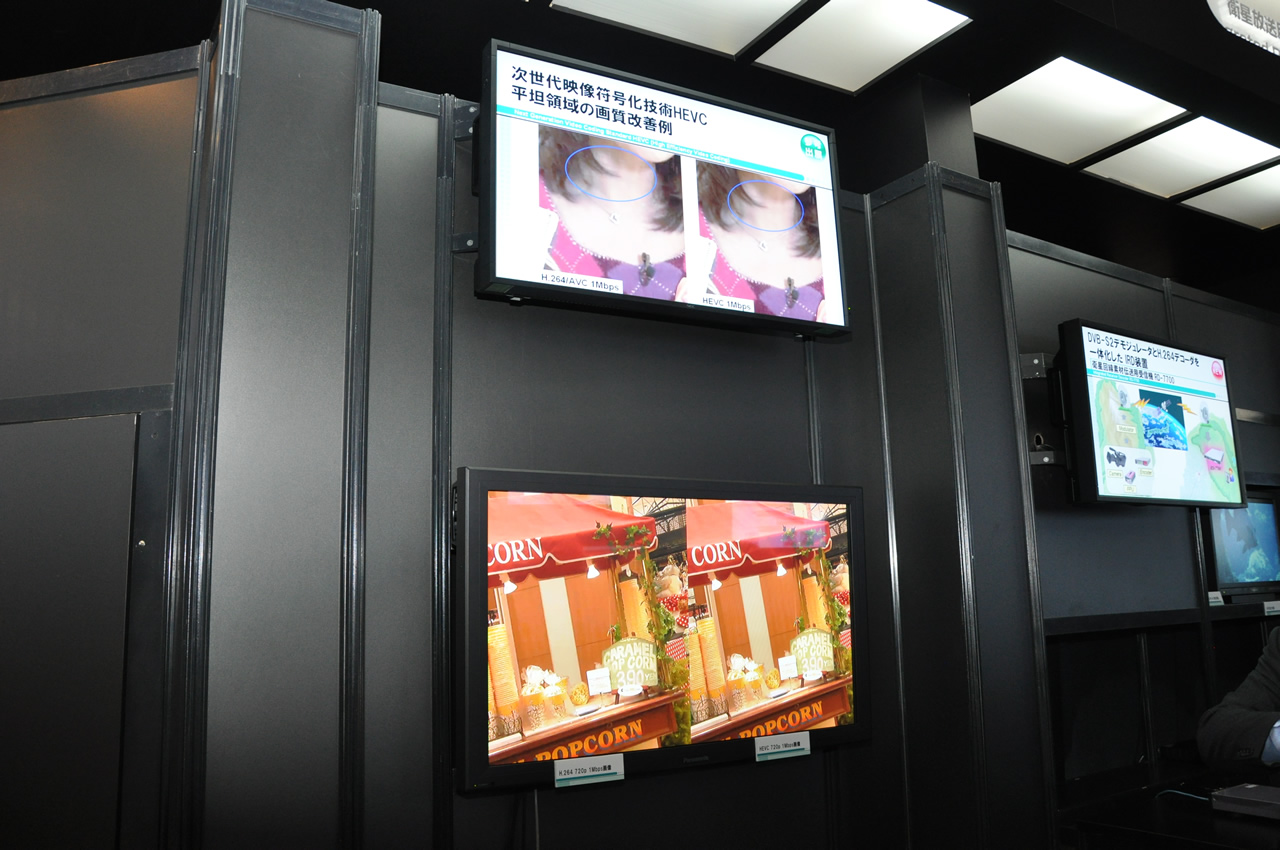 ■ Demonstration of file-based workflow for journalists

NEC exhibited a file-based system that enables file-based management of news data. This system for journalists is composed of an "iStorage HS Series (HYDRAstor)" next-generation grid storage data server and an Armadia video server for broadcasts.

A demonstration of the workflow was conducted at the booth. This consisted of forwarding video data recorded by baseband to a data server while converting it to MXF files, which is edited with Grass Valley's "EDIUS" editing machine and then sent onto a broadcast server before it goes on-air. Masataka Ohnishi, speaking on behalf of the general manager of the media energy sales division, explained that "data can be edited 30 seconds later (chasing edit) even during recording."

NEC unveiled for the first time the "VC-70", an upgraded version of the "VC-7700" ultra low latency H.264 encoder. The ultra-low latency and high image quality features of the previous model remain the same but are now housed in a micro form factor device.

The input interface supports DVB-ASI and HD-SDI/SD-SDI digital video, audio signal data, analog video and sound. Supported formats are 1080i, 720p, and 480i. It is said that "the ultra-low latency mode runs at 10ms-120ms, while the standard latency mode clocks in at 300ms-700ms codec latency. The 'VC-70' is not equipped with a network interface."

A demonstration was conducted at the booth where video taken with a camera at the venue was encoded with VC-70 which was then forwarded to the "VD-7700" H.2624 decoder via a DVB-ASI and decoded. Video before being encoded with the "VC-70" and video after being decoded with the "VD-7700" were output to respective monitors and compared. Broadcast image business department executive director Toru Watanabe explained that "this demonstration showed that the latency value was set to 10msec."

Mr. Watanabe explained the features of this product: "the previous-generation VC-7700 and VD-7700 were a half-rack size, but the new VC-70 takes that a step further with a 1/3 rack size form factor. In addition to its size, the weight has decreased from 3kg to 1.5kg over previous models." In addition, he noted that it is optimal for use in outdoor situations like live golf broadcasts: "the low-energy design means the device can run fanless and stay cool, and the external battery adds about four hours of uptime."

NEC conducted a demonstration running simulations showing image quality comparisons of images resolved using H.264 codec images (H.264/AVC 720p 1Mbps) and HEVC codec images (HEVC 720p 1Mbps). HEVC (High Efficiency Video Coding, H.625) is the next-generation compression standard currently being formulated by ISO/IEC MPEG standards-setting organizations. An NEC research laboratory participates in standardization and a booth representative stated that "when standardization is complete, a software version will first be created and then converted to LIS to aim for its early release following standardization". The assistant also explained concerning its use: "HEVC has a compression ratio that is half of H.264, so it is hoped that it will be used for ultra-high resolution video delivery such as 4K or 8K."