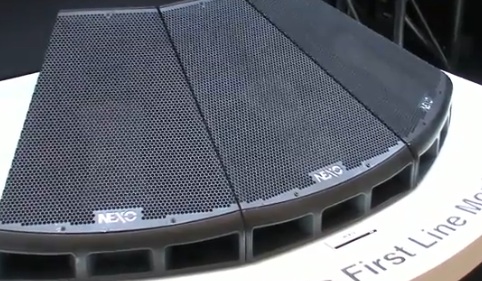 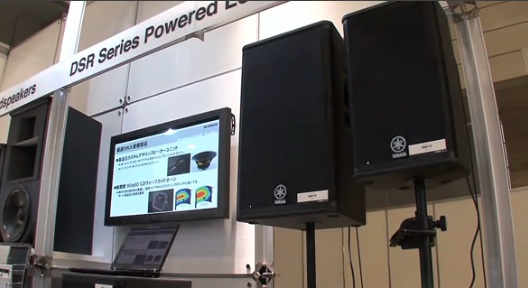 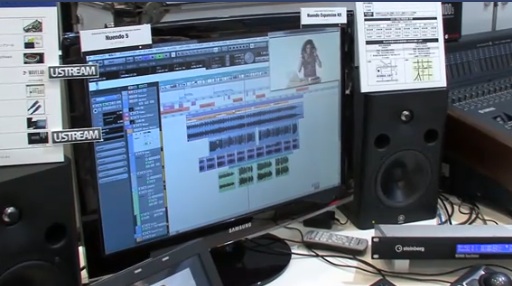 In addition to displaying the new MY CARD MY8-SDI-ED for HD/SD-SDI embedding and de-embedding, they also demonstrated how the DME Series V3.5 digital mixing engine is actually used at broadcast sites.

The latest version 3.5 of M7CL Series digital mixing consoles is equipped with a new interface allowing import from console to DAW. It is also possible to control operations remotely using an iPad.

Furthermore, it was the first time for NEXO's new 45N-12 line monitor speaker to be exhibited in Japan. A Nuendo seminar, as well as various other mini-seminars, were held throughout the booth.

Besides this, digital mixers, power amps and speakers were also on display. The reference exhibit of the DSR Series Powered Speaker System showed the 4-model lineup including 12-inch, 15-inch, 15-inch dual, and 18-inch subwoofer. Equipped with 1300 Watt high-output amp, they deliver top acoustic performance in their class. They're ideal for use at clubs and by rock bands.

Steinberg's Nuendo 5 post-production DAW software application was upgraded to a new version in October. It succeeds in achieving higher work efficiency with video such as ADR tool sets. A rich selection of functions, such as the pitch adjustment software VariAudio, is included.