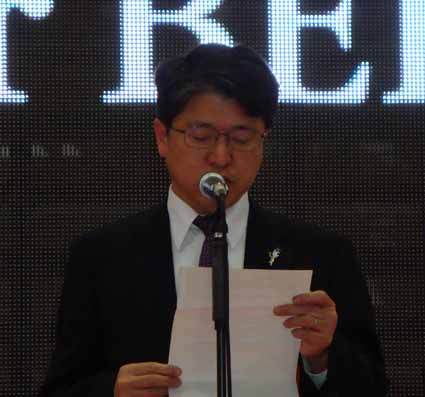 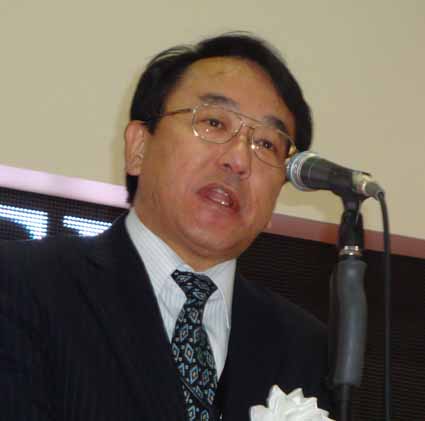 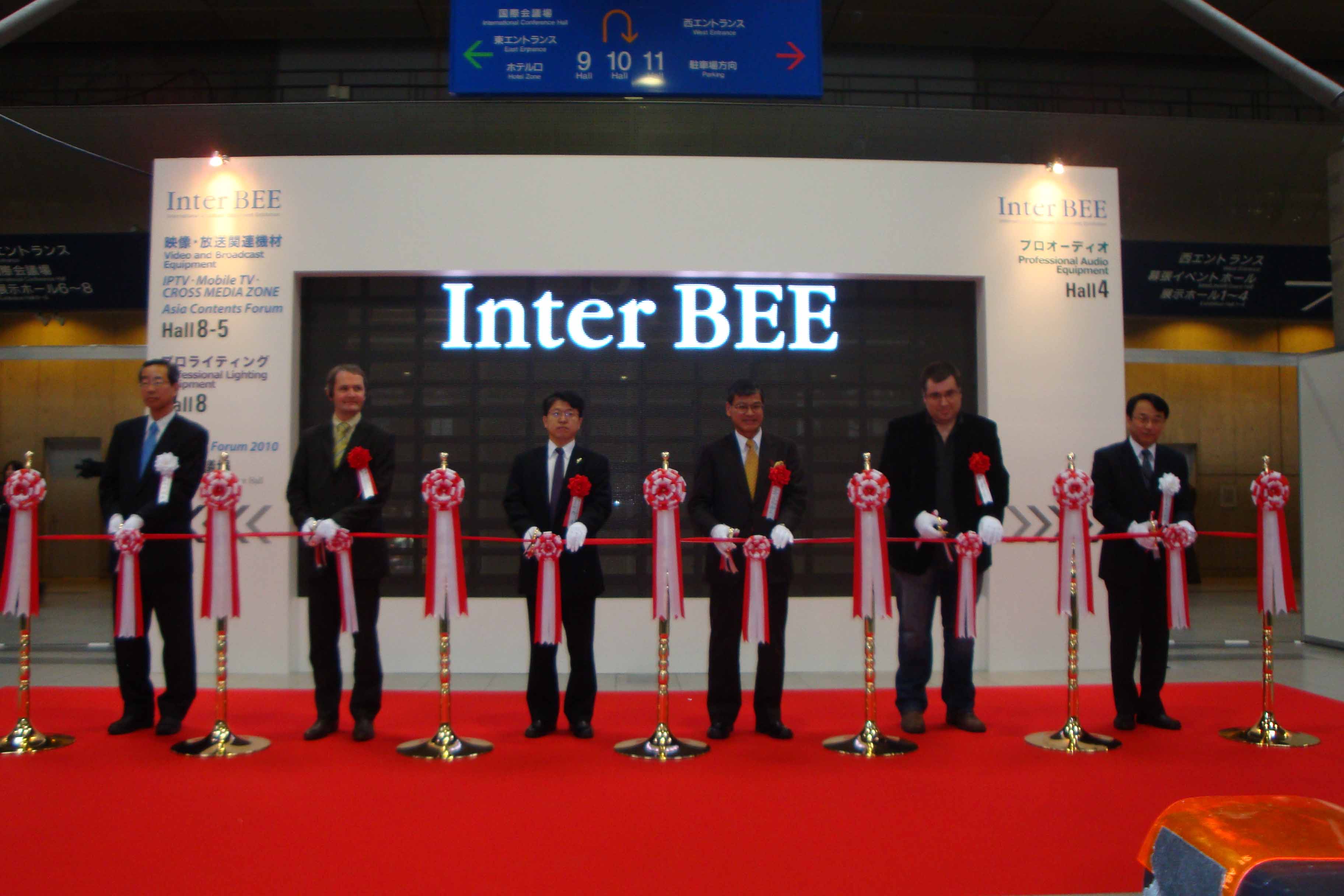 The opening ceremony was held on the November 17th, the first day of the event, at 9:40 in the morning. Guests at the ceremony included Mr. Kenji Nagai, the Executive Director and Chief Engineer at Japan Broadcasting Corporation (NHK) and Mr. Shun'ichiro Kudo, the Executive Director of the National Association of Commercial Broadcasters in Japan (NAB), who described how important this year's Inter BEE is to the industry as well as highlights of the show.

In the beginning of the opening ceremony, Executive Director Hidekazu Hasegawa of the Japan Electronics and Information Technology Industries Association (JEITA) took the stage to present greetings as the organizer and spoke about the size this year's Inter BEE 2010. He said, "The number of exhibitors this year reached a record high of 824 companies. In addition, 478 exhibitors from 28 countries and regions worldwide are participating and approximately 30,000 visitors are expected to attend".

Subsequently, Atsushi Takeuchi, a manager of the planning department at NAB, read a complimentary address for the company's Executive Director Shun'ichiro Kudo. Mr. Takeuchi said, "After the full transition to terrestrial digital broadcasting is completed, cooperation from manufacturers of broadcast equipment, consumer electronics, and local governments will be needed to better answer broadcasting requirements".

Following the greeting from the guests, Hitoshi Hamada, the Managing Director of Inter BEE 2010, presented an opening declaration and a ribbon-cutting ceremony to mark the start of the show was held by six members: Director Nagai of NHK, Mr. Takeuchi of NAB , Alex Toader of Troublemaker Studios (US) who visited Japan as a presenter at the Inter BEE Content Forum, Florian Camerer who is a VIP member of EBU Loudness Standard Committee, Director Hasegawa of JEITA, and Managing Director Hamada.