Inter BEE 2010: The Council for White Space Promotion holds its opening ceremony with Takashi Morita, a ministry aide for the Ministry of Internal Affairs and Communications, in attendance. 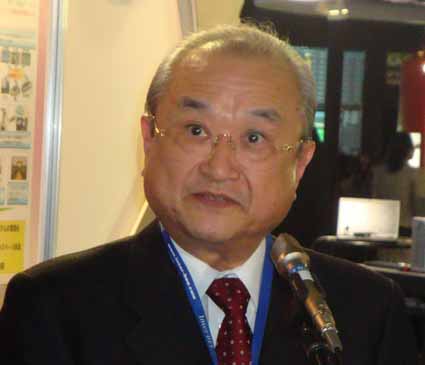 Shigehisa Doi, chairman of the Council for White Space Promo 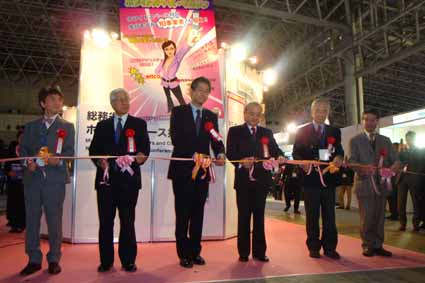 During the morning hours of Nov. 17th, the first day of the Inter BEE show, an opening ceremony was held with members of the Council for White Space Promotion in attendance.

Takashi Morita, a ministry aide for the Ministry of Internal Affairs and Communications, attended as a guest and he enthusiastically announced that, "The promotion of white space is a large-scale project that the entire citizenry can look forward to. And we at MIC want to work closer together with parties related to this project." Next, Shigehisa Doi, chairman of the Council for White Space Promotion and a professor at Chuo University Research & Development Institute, made an opening address. Mr. Doi first stated that various countries are looking into and having discussions about the utilization of white space and he pointed out that, "White space will be an essential key for developing new technologies, creating new services, and for regional vitalization". He also stated, "I hope the use of white space will be promoted nationwide and that Japan will lead the world in this field".