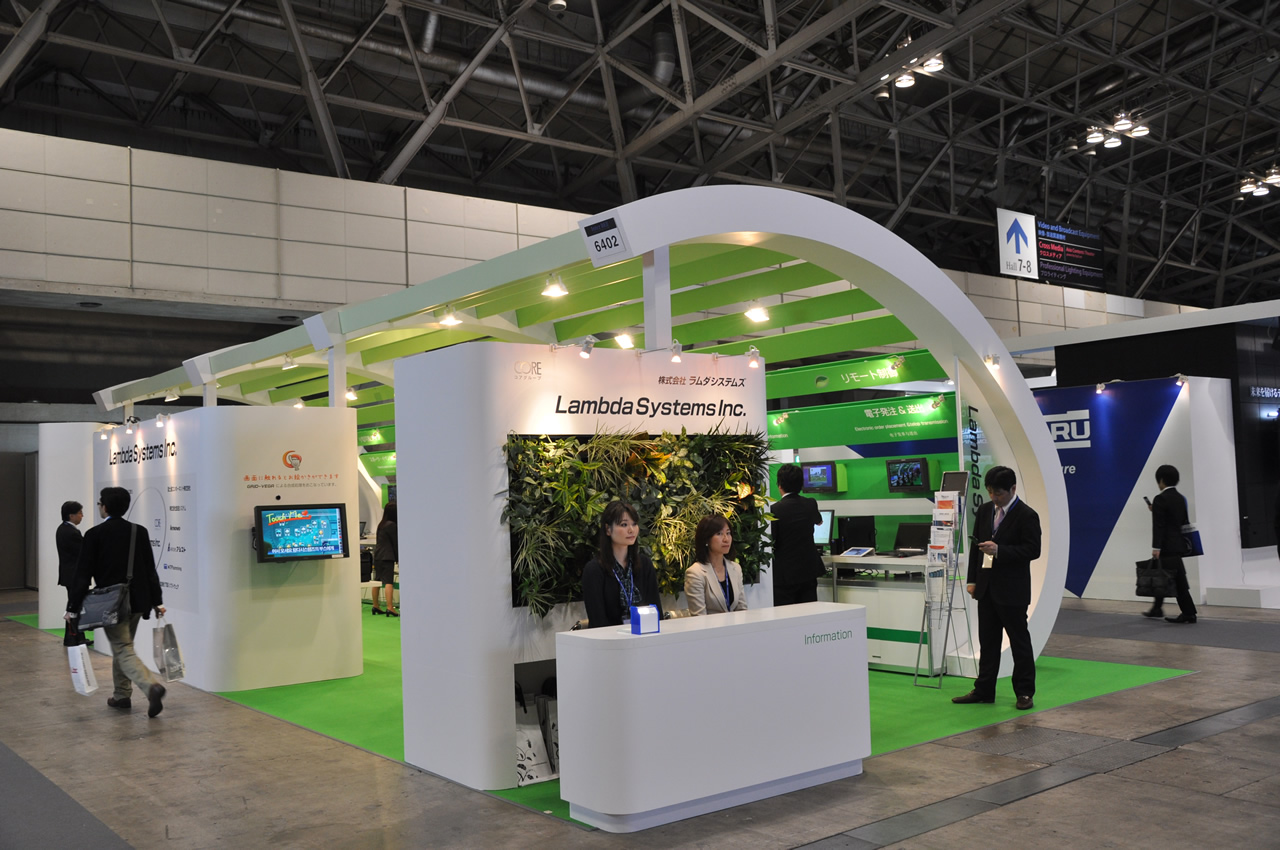 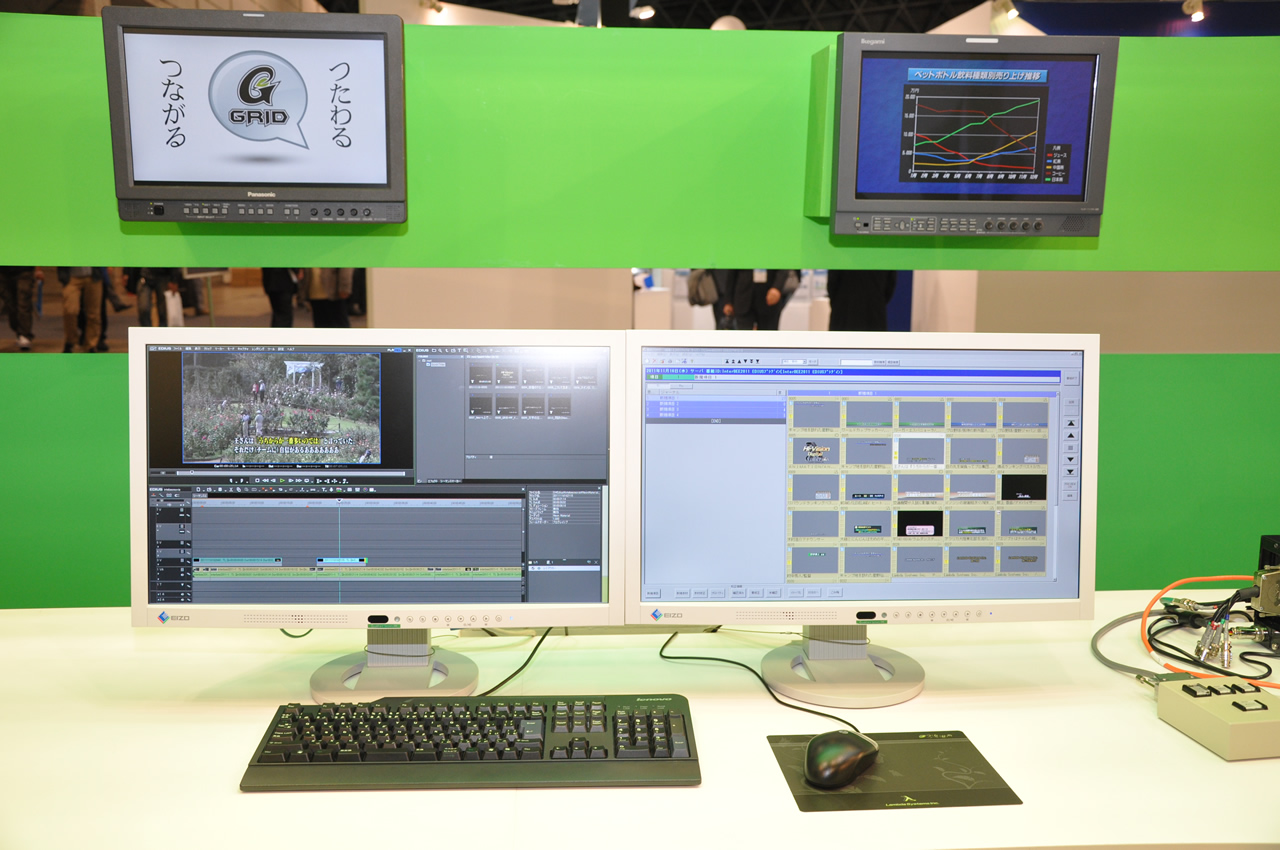 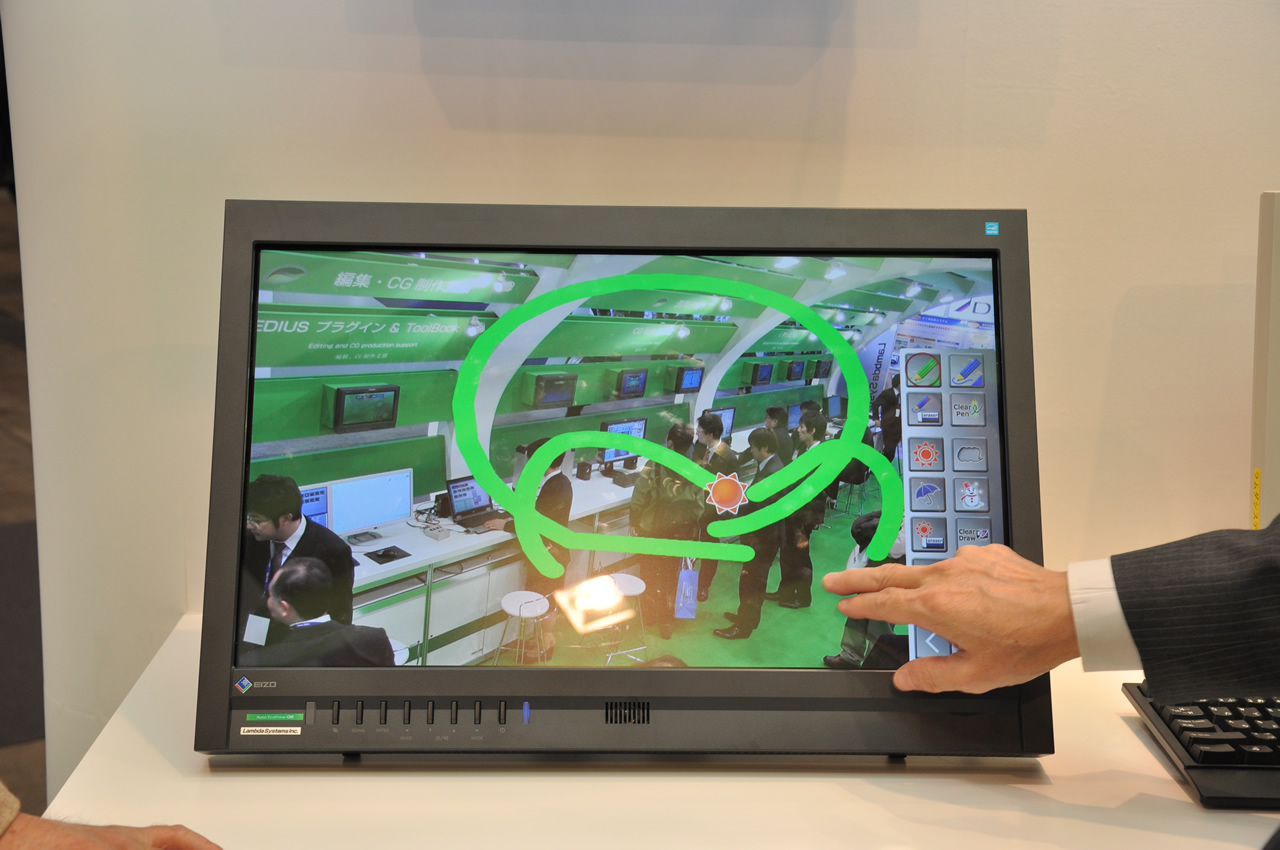 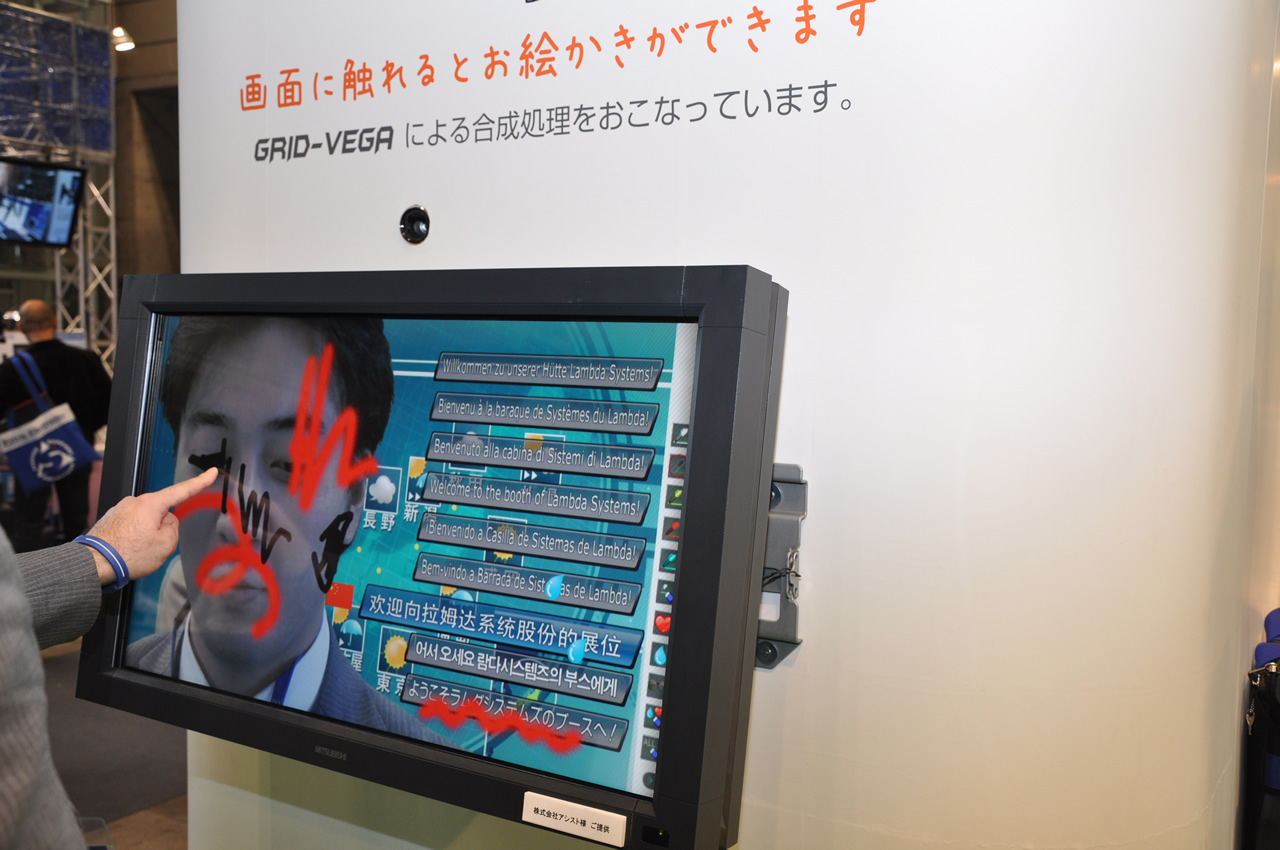 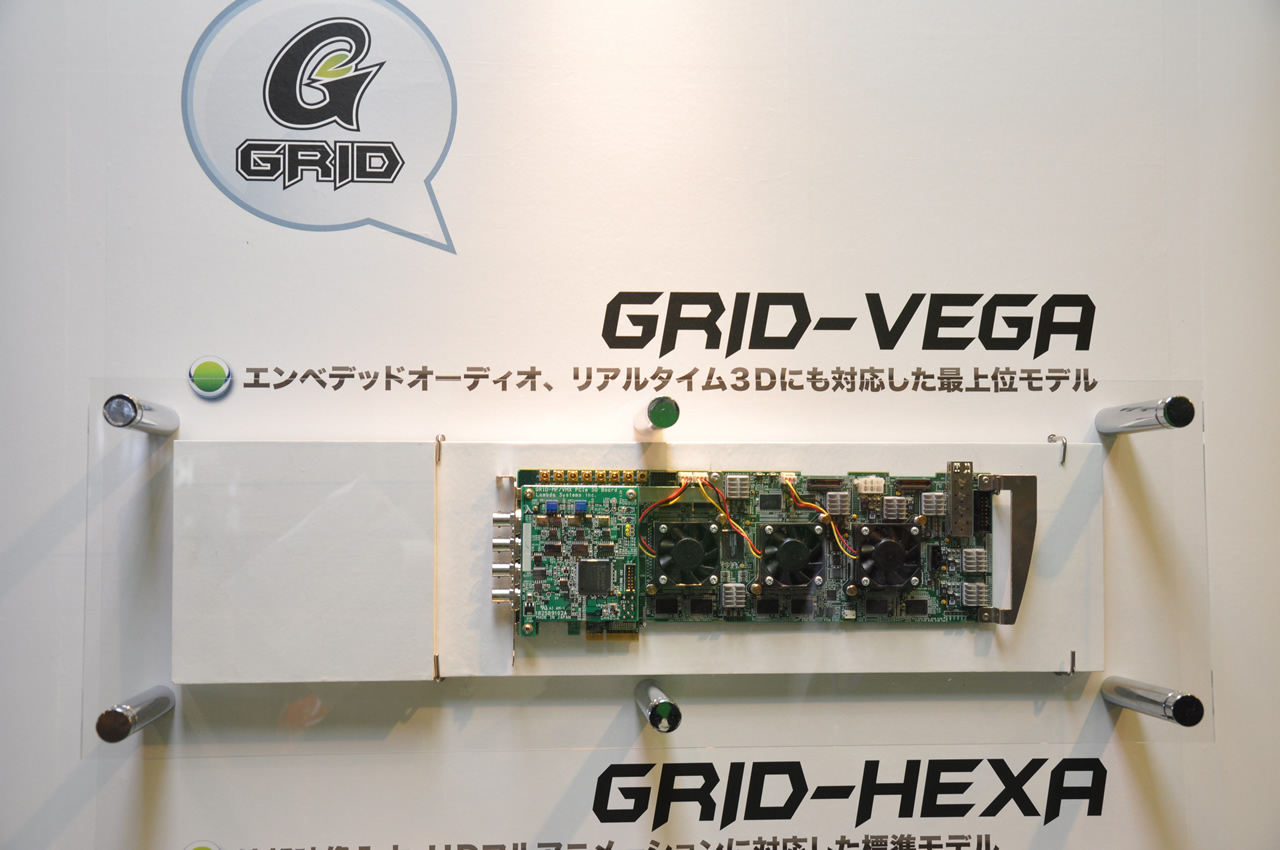 Lambda Systems displayed several reference exhibits: its Neo-n caption system software, G-Touch video pen, which allows for drawing on video in real-time, and the GRID-VEGA, a GRID-MF/VMX board scheduled for release in spring 2012.

At this year's Inter BEE 2011, Lambda Systems exhibited and introduced its Neo-n plugin caption system software, which is intended for use with the EDIUS non-linear editing system, developed jointly with Grass Valley. With EDIUS, users can add captions and obtain the same level of effects achieved with traditional linear editing/caption delivery. With this system, they can also edit subtitles both during and post-edit. A demonstration was held at the booth to show drag-and-drop integration of captions generated with Neo-n into EDIUS.

Kazuhisa Nakamura, team leader of the planning department at the sales division, explains about the EDIUS-compatible plugin software, 'Because EDIUS, a non-linear editing system, lacked the caption input tools television networks require, we jointly developed the Neo-n plugin software to improve editing efficiency and respond to that demand.' He also emphasizes that 'With this plugin software, you can easily insert captions generated with Neo-n by just dragging-and-dropping.”

Lambda also exhibited, as a reference, the G-Touch video pen, which allows real-time drawing on video footage. Lambda had set up a space to demonstrate the device, allowing users to try first-hand freehand drawing with the pen. The G-Touch is a video pen designed for sportscasters and weather reporters to provide “simple and convenient commentary” on video footage. Using a touch panel, users can draw lines, paste images, and drag contents with the intuitive feel of freehand drawing.

- GRID-VEGA reference exhibit: a GRID-MF/VMX board scheduled for release in spring 2012