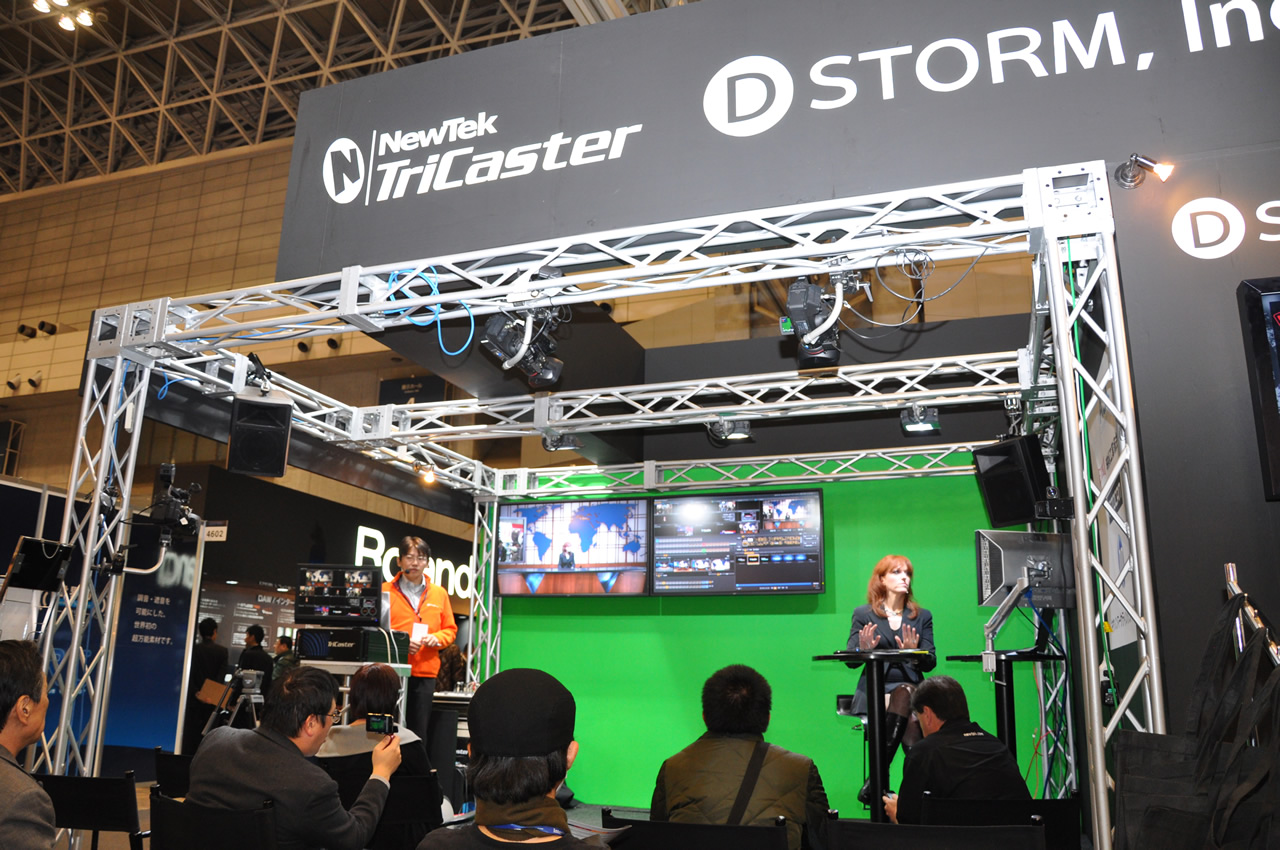 This systems offers both analog and 8-channel HD/SD video inputs, as well as 8 virtual/mix channels with presets and individual overlays, and is used by ESPN in the United States. Its release to the market coincides with Inter BEE 2010 this year.

While the previously available TriCaster CXD300 was capable of handling input from three cameras (on three channels), Katsuhito Matsuo, manager of D-STORM's Video Technology Division, explains that this was expanded in the new series in response to requests for more inputs from TV stations that currently use these systems.

In addition to the 8-channel inputs, the TriCaster TCXD850 system offers a hot-swapping capability for its internal hard disk drives, auxiliary outputs, dual power supplies for redundancy, alpha inputs compatible with input from external subtitlers, insertion of live video within 3D virtual settings, and 3D movement of subtitles and pictures.