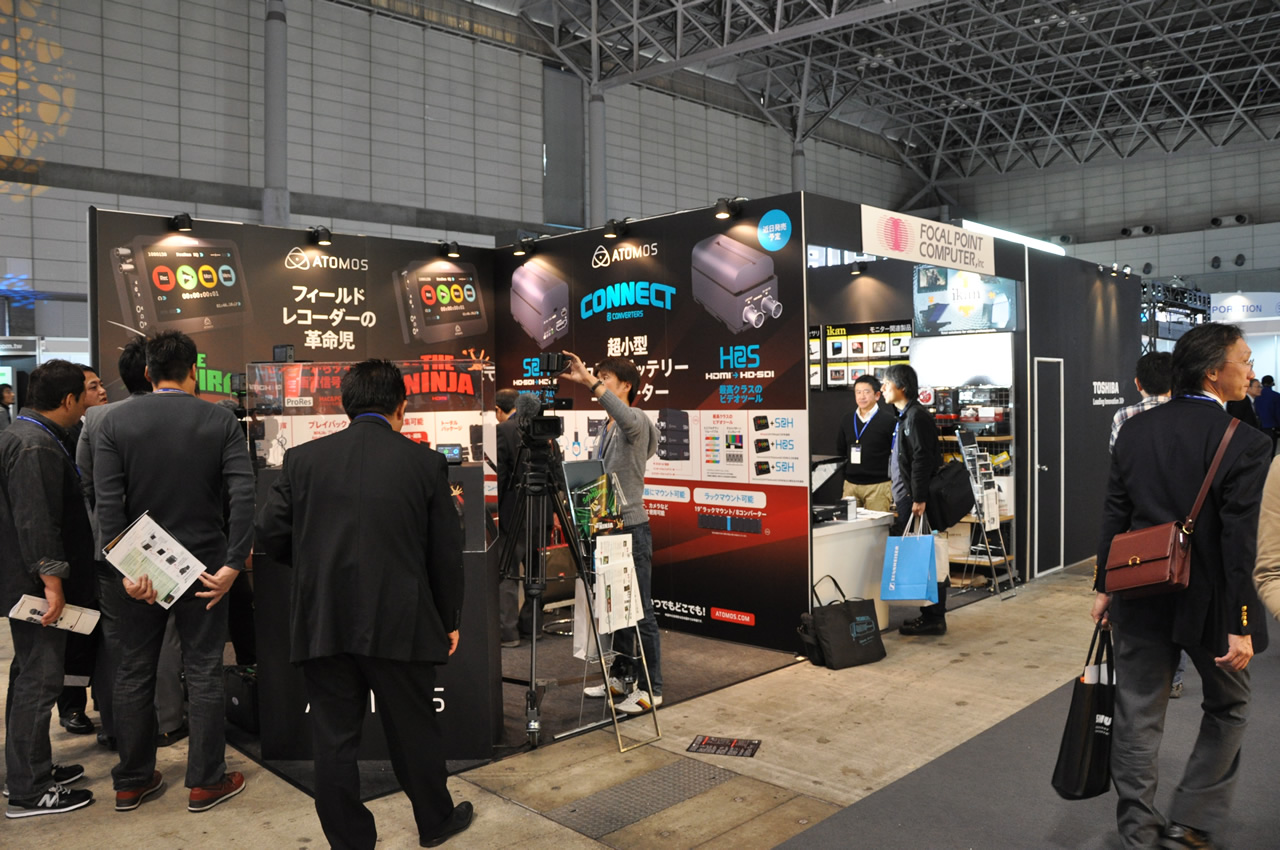 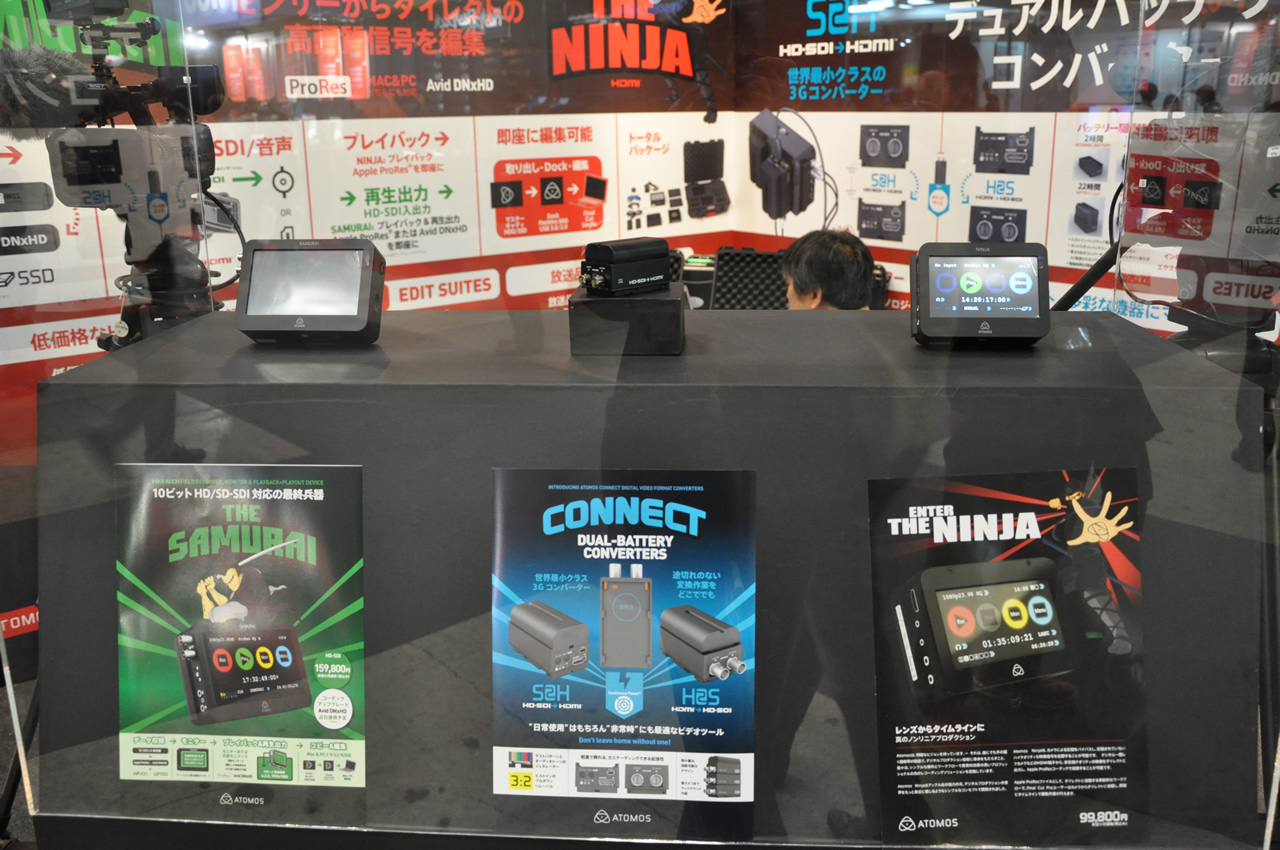 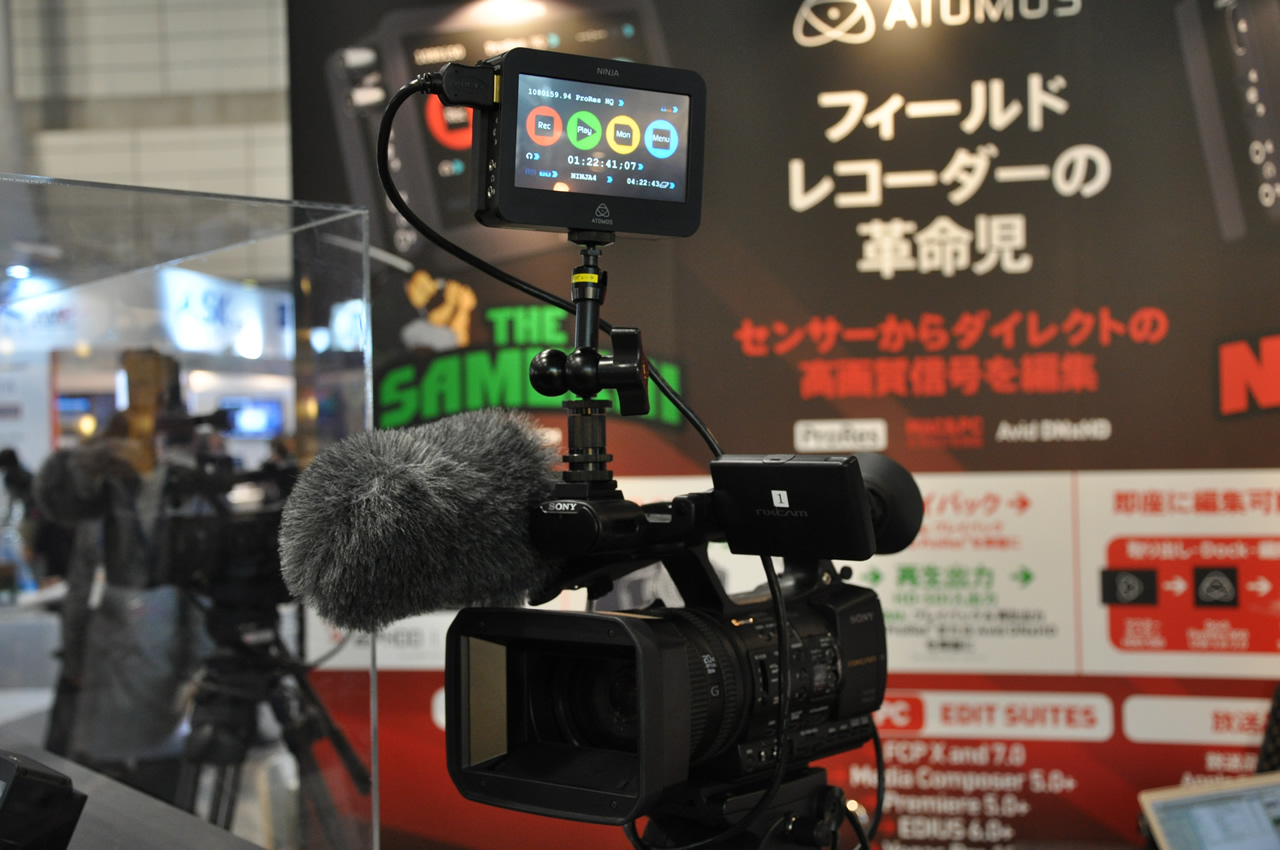 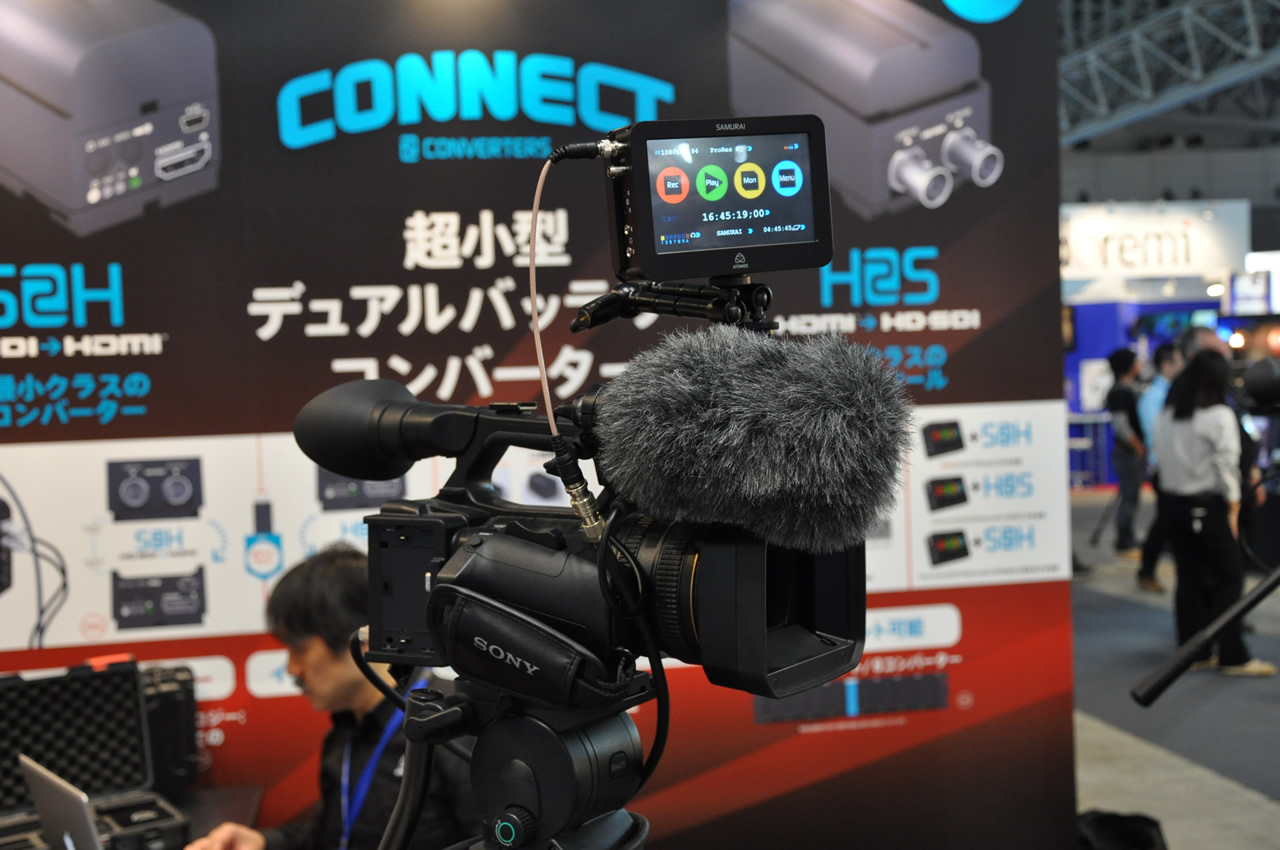 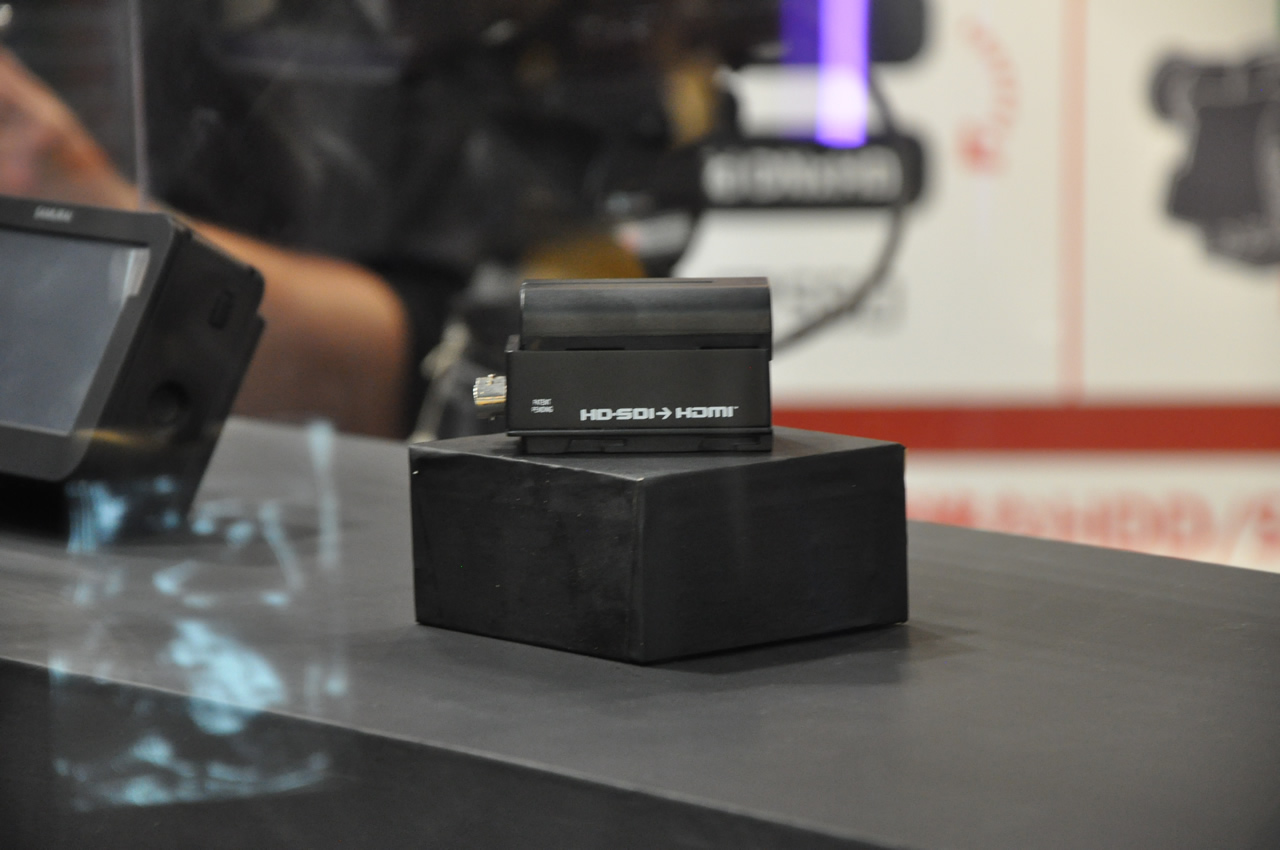 Both devices come equipped with a touchscreen display (4.3-inch touchscreen on NINJA, 5-inch touchscreen on SAMURAI), which makes the video recording, playback, and monitor functions easy to use. Using a PC dock connector, recorded media can be uploaded onto a Windows PC or Mac. Video editing on SAMURAI can be done with FCPX/FCP7, Media Composer 5.0, Primiere 5.0, EDIUS 6.0, Veras Pro 10, or Lightworks. Video editing on NINJA can be done with FinalCut Pro.

As for why these products are attracting attention, Mr. Iwasaki explains, “The touchscreen makes them easy to operate, they come bundled with PC dock connectors, and their running costs are remarkably low compared to other companies.” Pointing out further merits, he adds, “Instead of expensive proprietary Flash Media, they use 2.5-inch HDD and SDD, and you can obtain either of those media for a low price. In addition, recorded media can be stored as-is in the form of a master media, so they can bring some advantages to your workflow.”

- Battery-equipped converter on display as a reference exhibit

Today’s booth held a reference exhibit of CONNECT, a battery-equipped mini-converter that can be used with NINJA and SAMURAI. This converter can perform HD-SDI/SDI to HDMI and 3G-HDMI to HD-SDI conversions. In addition, the batteries can be stacked and used in conjunction with each other. Regarding the product's release date, Mr. Iwasaki says, “We plan to offer it for sale around the New Year's holiday.”