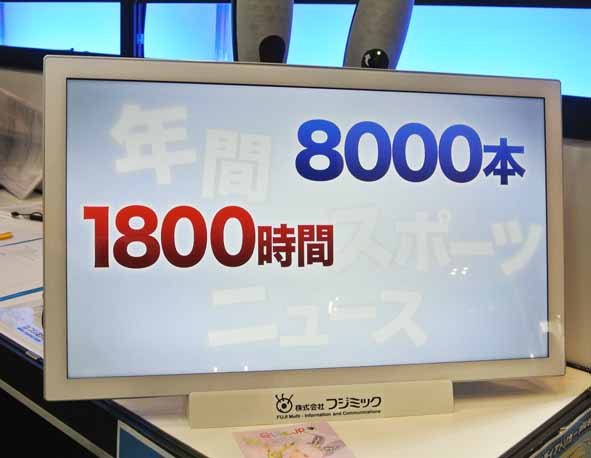 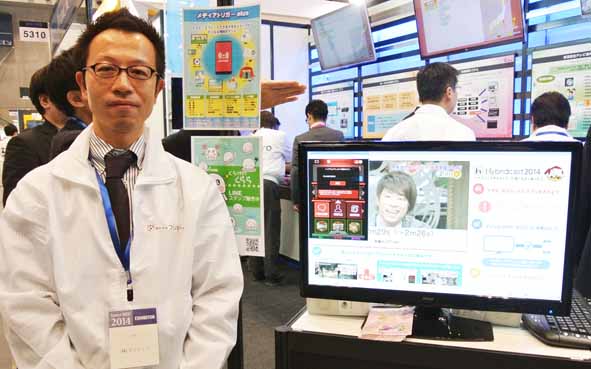 ■ Subtitling Operations Solution Supporting Subtitling for Over 8,000 Titles per Year

Mr. Takashi Muraoka, sub-manager of the sales center sales department, highly recommended the “Subtitling operations solution” (pictured above), provided by the company as a total solution for subtitling, superimposing, and delivery.

Mr. Muraoka spoke about the features of the product, “Our company currently subtitles over 8,000 drama, variety, and anime shows per year, and about 1,800 hours of real-time subtitling for live news and sports. Throughout our long history of subtitling for Fuji Television, we’ve learnt a lot of knowhow that we want take advantage of, develop, and spread to the entire broadcasting industry; this is a subtitling system that takes advantage of that wealth of broadcasting experience”.

■ Expanding Beyond Fuji Television to Broadcasters Everywhere
The broadcasting system at the center of the company’s business is a broadcasting data creation system for broadcasting devices, covering the main work of broadcasting – editing, advertising, and, of course, broadcasting.

Mr. Nobuaki Odagawa, manager of the sales department of the sales center explained, “We’re proposing a system that’s a ‘perfect fit’ for the characteristics of BS and CS broadcasting. That means low cost integrated broadcasting systems provided in conjunction with broadcasting devices for ‘file generation’ and broadcasting related solutions. We’ve built these easy to use systems after listening to CS broadcasters. We’ve set up new work flows, and expanded functions such as the new VOD editing management functions.”