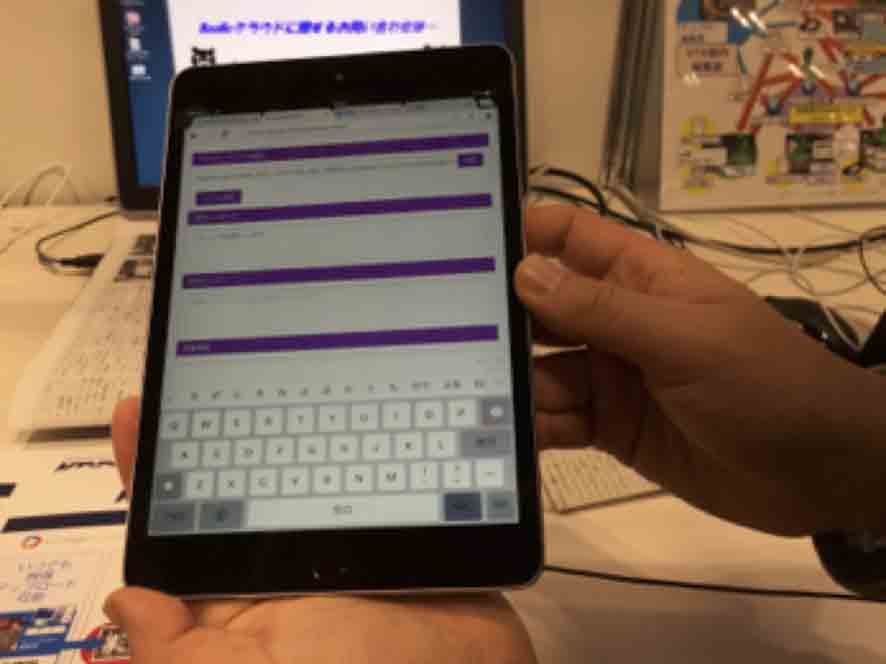 Easy operation for anyone with a smartphone

Diagrammatic overview of the structure of BooBo Cloud 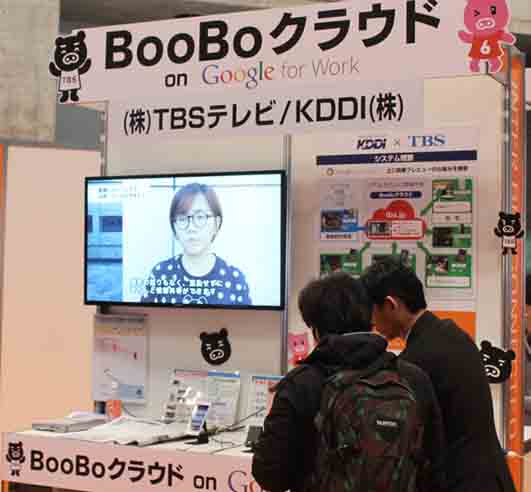 TBS Television exhibited at InterBEE Connected in collaboration with KDDI to show off their real time information sharing system for television program production which was developed using the full powers of cloud computing. The system, named BooBo Cloud, weaves in the exceptional usability that looks set to be necessary in the work environments of the near future.
The process of creating a television program involves multiple directors, and during the editing process it is necessary to check various videos at many different times. As it is difficult to get everyone in the same place at the same time every time something needs to be checked, a number of separate internet sharing solutions have recently been developed.
BooBo Cloud, developed by TBS, is one such solution which fully utilizes the power of Google's Google Cloud Platform (GCP). Combined with Google Apps Unlimited, this enables high-speed transfer of large video (HD broadcast quality) files to the cloud and viewing on a range of devices. This is a system that anyone with a PC, smartphone or tablet can use with a minimum of technical knowledge.
As the director and editor proceed with production, videos that require checking can be uploaded to the cloud. Comments such as 'Please check this' can then be added. Employees that need to check videos at various stages of the production process can then view them on the cloud. Requests can also be relayed through comments.
Videos do not need to be downloaded, saving time. And further, high-speed file uploading using the patented rapid file transfer technology Storm (developed by TBS in cooperation with Unixon Systems) is currently being trialled. The system can be operated by smartphone in the same fashion to how everyday email is used. Checking and commenting on videos can be done at the office, on location, or at home - almost eliminating the need for teams to gather in the same physical space. All this is sure to result in an increase in work efficiency. And of course, if you take due precautions with your login details, security will not be an issue.
While some production staff use video posting sites for collaborative checking of videos, this cannot be said to be a safe option for professional use. A secure cloud-based system such as this is now essential for the video production workplace. While not yet ready for commercial release, the development of this system is something to look forward to.