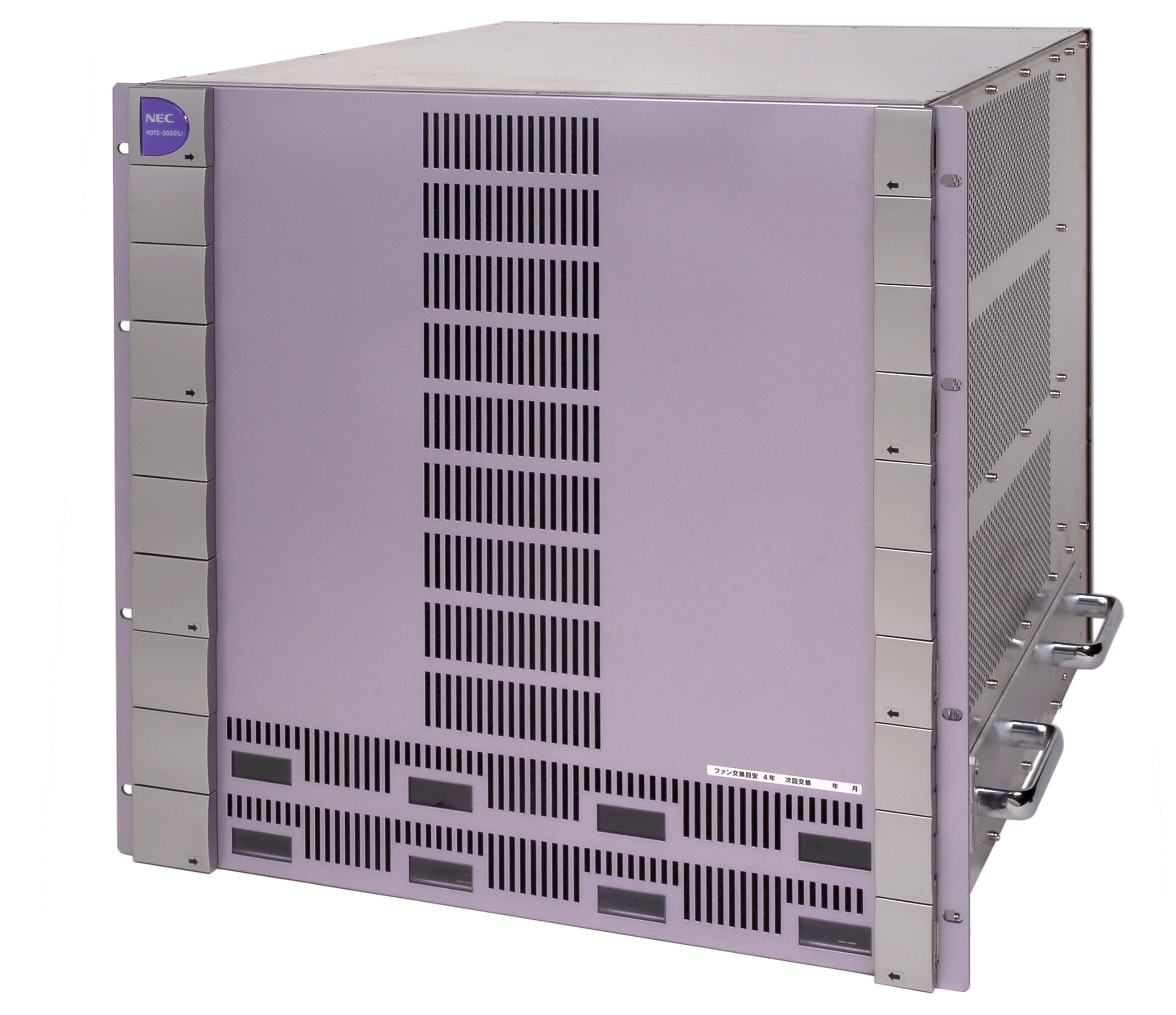 Feel the Innovation, NEC's corporate theme, will underscore introductions of the company's broadcasting solution, which includes its next release master system and a new model production switcher. The newest, third generation studio master system will be introduced on the booth's main stage. (#5116 Image and Broadcast Related Equipment).

Ten years since the advent of terrestrial digital broadcasting in 2003, NEC has listened to its customers and developed an advanced third generation digital broadcasting system based on three concepts.
First, the ecologically conscious, reliable design saves space, power, and heat. Second, redundant hardware power sources were doubled, the user interface is now graphical to help reduce errors, and front access to the equipment makes it easier to maintain. Third, future-shaping technologies such as MPEG-2 compression enable efficient use of bandwidth.
On stage, the spotlight will shine on NEC's latest master system that embodies these three concepts.

NEC will exhibit the MPEG-2 encoder VC-5360, the successor to VC-5300/VC-5350, which can handle multi-formats using adaptive frame/field structure encoding methods in image encoding.
Currently in terrestrial digital broadcasting an image is created based on a field. In adaptive frame/field structure encoding the method of compression is dynamically determined - field units in the case of fast motion images, frame units in the case of slow motion - and then the appropriate method of compression is used. As a result, the rate of compression can be increased by about 20% while still preserving image quality. For example, one can achieve image quality comparable to 15 Mbps with a 12 Mbps bit rate.
'It's because we are able to use bandwidth efficiently. For example, currently we broadcast high definition resolution with 1440x1080 pixels; with terrestrial digital broadcasting bandwidth, at the same bit rate we can do full high definition with 1920x1080 pixels,' says Ryuji Yasuda, who heads the Domestic Public Utilities Business section of the Broadcast Imaging Department. Outlining the virtues of the MPEG-2 sending encoder, he adds: 'What's more, it may also be possible to do dual-channel HD/SD broadcasting with the same broadcast quality we have now.'

On exhibit will be the HDTS–3000, a successor model to the HDTS–2000. A studio sub-control system that combines system updates from the first decade of terrestrial digital broadcasting with continuing development, HDTS–3000 is a multi-format production switcher used for live broadcasts such as news.
A special feature of the HDTS-3000 is that its functions are geared towards use in live broadcasting, according to Yasuda. Input is a maximum of 100 inputs, maximum 6ME ＋ maximum 8DSK, maximum 8DVE, and each ME is standard equipped with 4KEY with an internal resizer. In addition it has an enhanced frame synthesizing function and the option of two styles of 2000-frame/8-port still and motion image memory. Explains Yasuda, 'We've improved operability with a large screen touch panel and eight rotary encoder units.'

NEC will show the Armadia ff model video server, the core of which is a system with storage units for commercials and programming. The new model's chassis is half that of the previous model, 2RU with 4 inputs/outputs, while the previous model had a 5RU chassis with 8 inputs/outputs. Other special features include a master/slave configuration, support for a maximum of 12 inputs/outputs (SDI), and network (Ethernet) based file storage. Also, it uses HDD and SSD for memory. SID4 inputs/outputs and SSD can be mounted on the 2RU chassis.
Furthermore, Yasuda explains, the Armadeia ff 'is not just for use in traditional bank systems' and 'since the introductory cost has been kept low, with anticipated demand for independent time lapse playback equipment, a small scale master server, and an information file-based system output server, it may surpass the suitability of previous models as a CATV channel independent broadcast server.'
The new video server is just about ready to go. Yasuda says, 'We're already taking orders, and plan to ship in 2013.'

Also on exhibit will be Mobilestudio II, a small and lightweight voice relay device with high sound quality for use in radio broadcasting, announced on September 24th; loudness control products 'auto-loudness controller' ED-ALC8-D and 'loudness meter' ED-LM8; and HEVC (High Efficiency Video Coding), an ultra high resolution technology and the next generation encoding method that is under continuing development.

【InterBEE 2012】
In its Exhibition for Sound, Image and Communication Professionals, Inter BEE brings together Japanese and international providers and users of the most advanced broadcast, image, sound and lighting equipment, and IPTV, Mobile TV, and cross-media peripheral applications and solutions. The exhibit provides an opportunity for anyone involved with media to learn the latest trends in the creative and media business.
Opening at Makuhari Messe November 14 (Wednesday) through 16 (Friday)
(free admission)