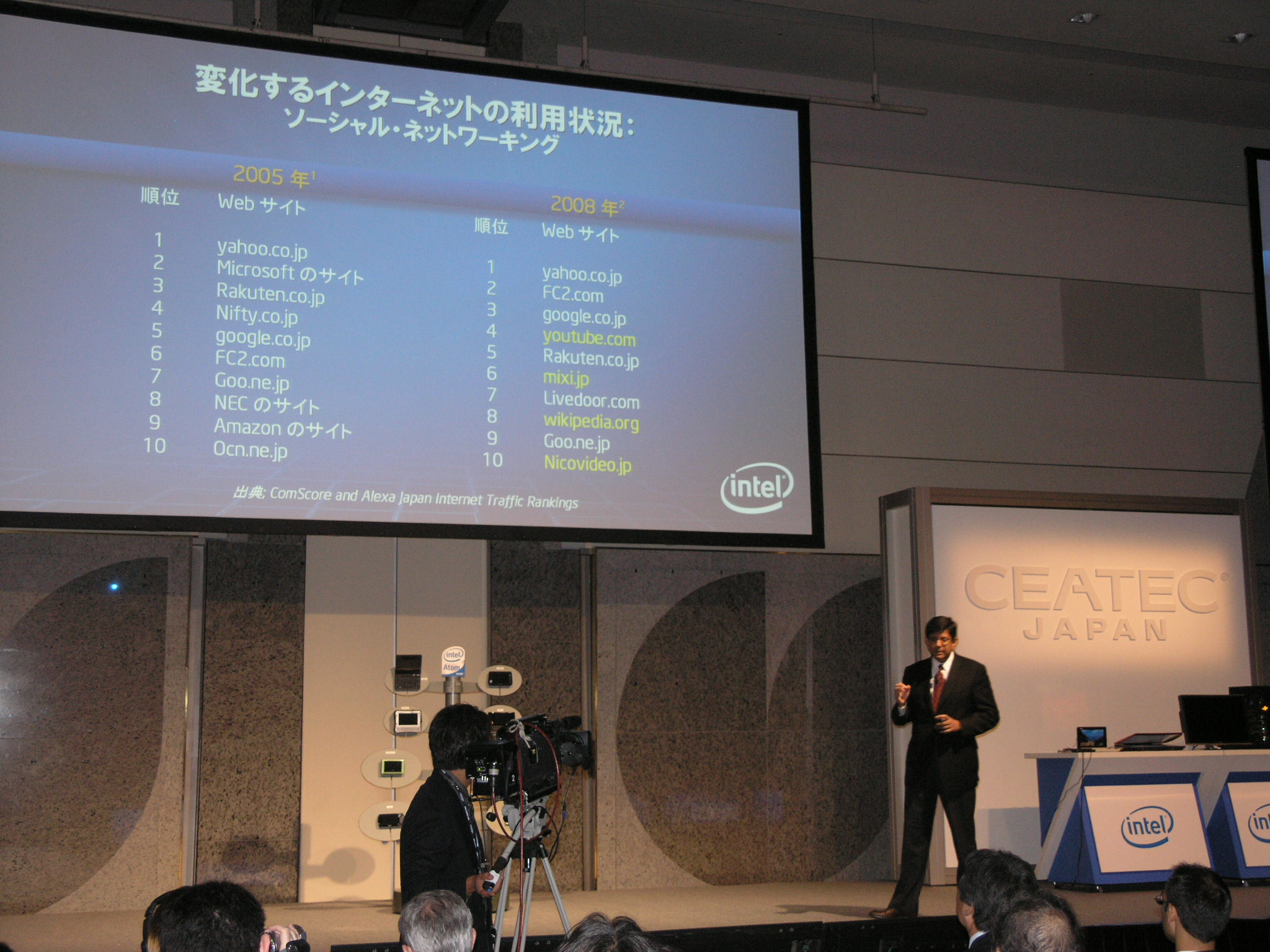 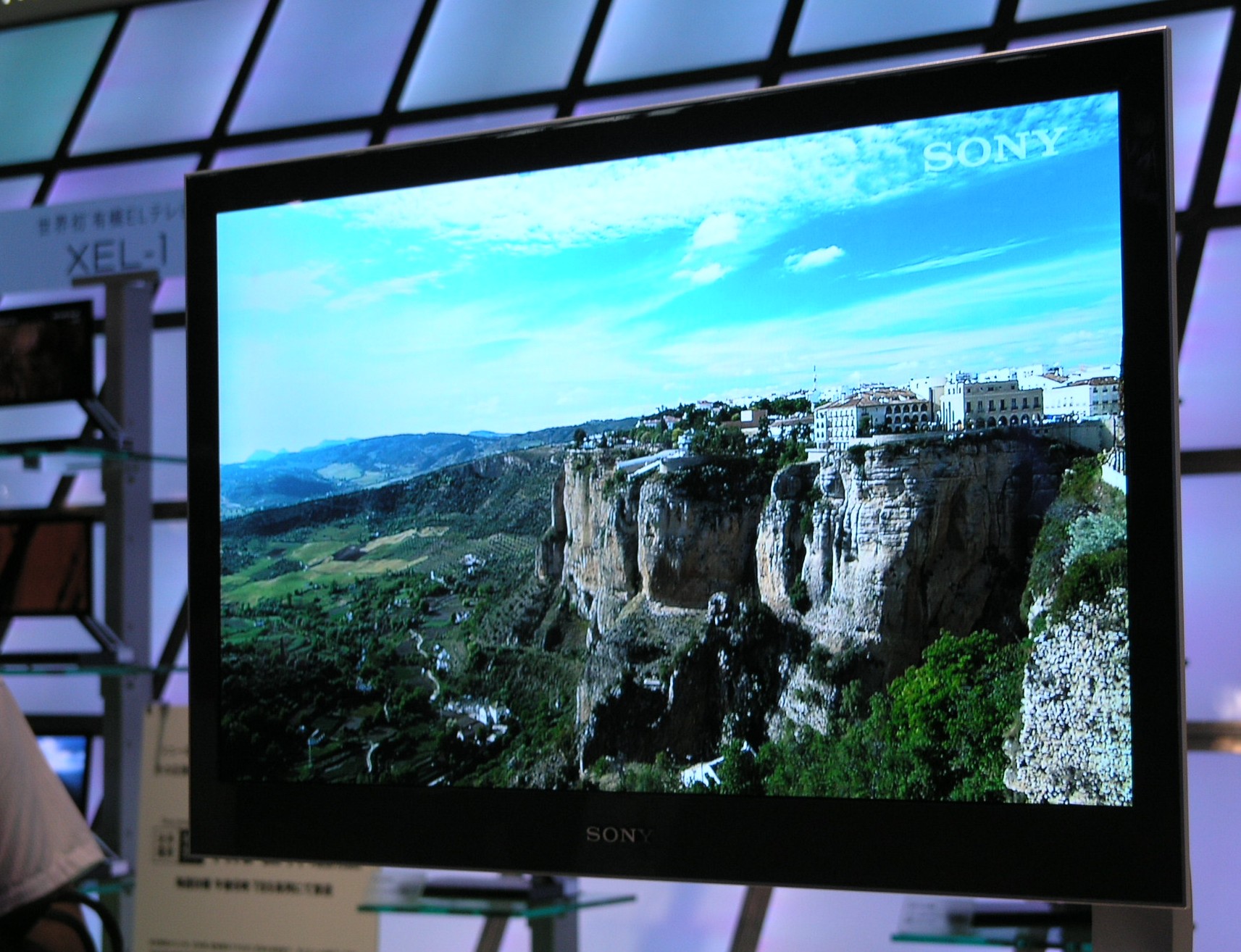 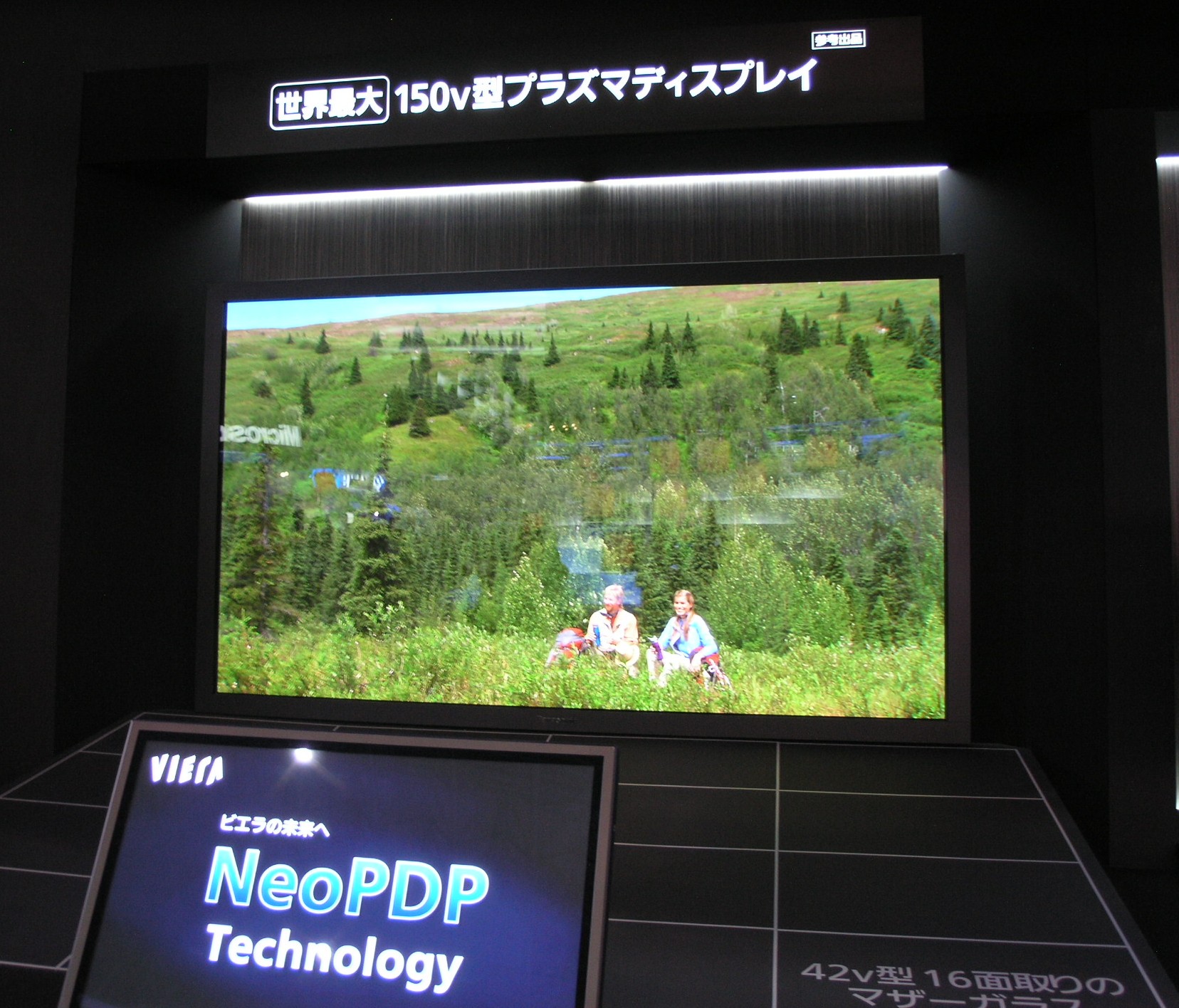 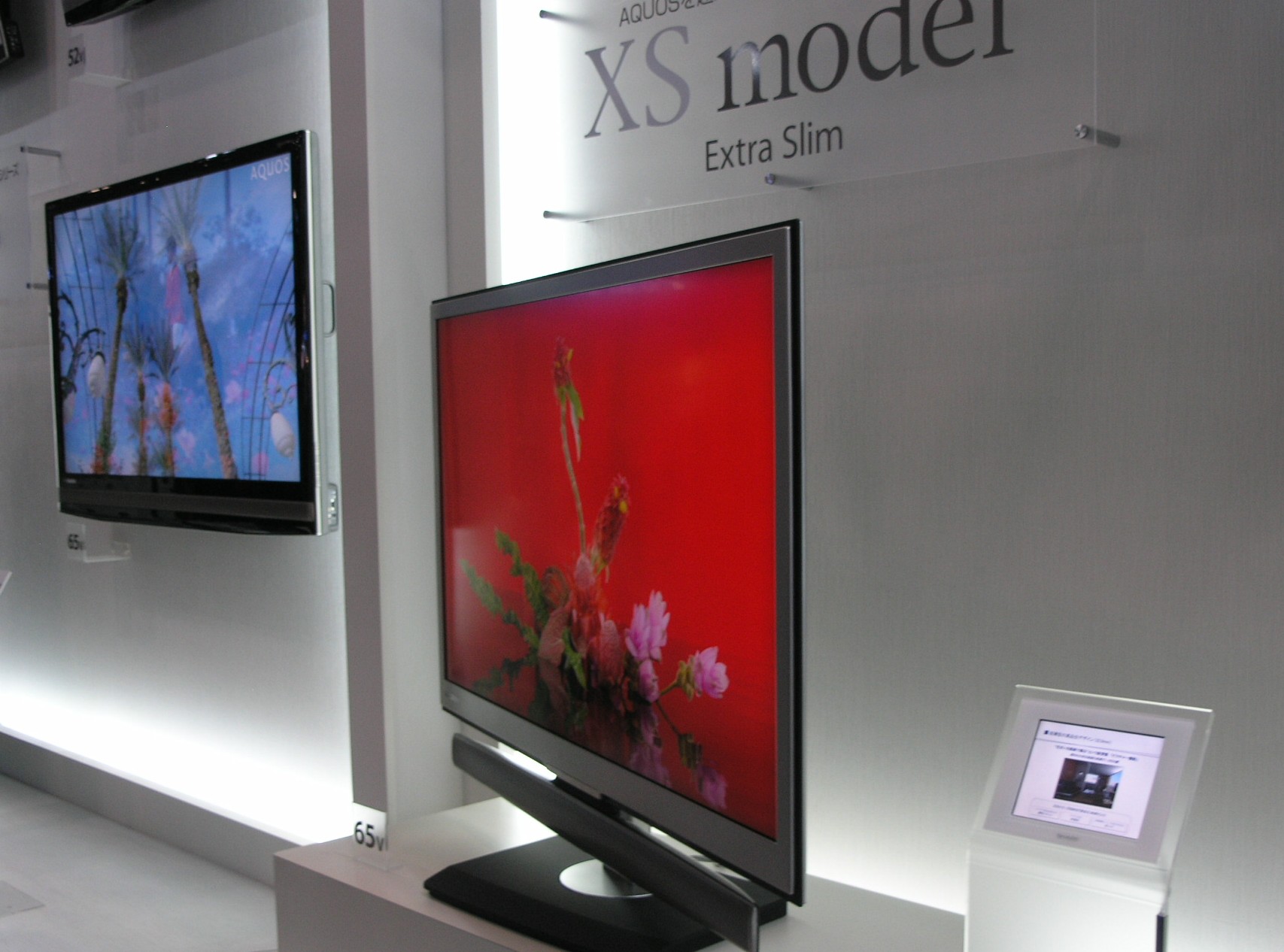 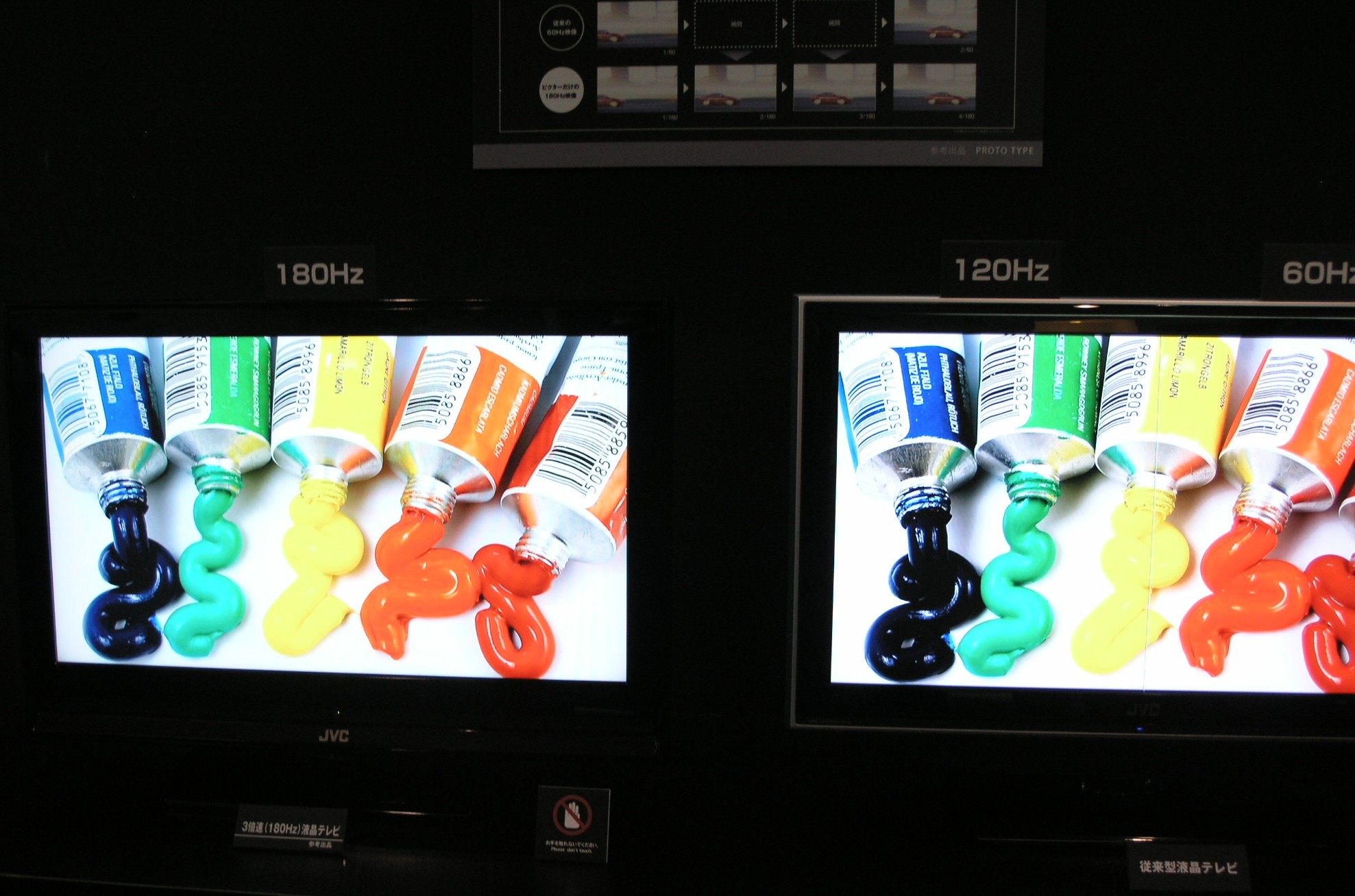 CEATEC JAPAN was held at Makuhari Messe from September 30th to October 4th 2008. CEATEC is a fully comprehensive IT and electronics exhibition covering the industrial and consumer electronics fields and maintains a close relationship with the business, broadcasting and communications centered Inter BEE exhibition. With the theme of "Digital Convergence - Onwards to a New Stage," this year's CEATEC featured a total of 804 company and organizational exhibitors (from 27 countries and regions including 289 companies and organizations), and the highly successful exhibition was attended by a total of 196,680 people. Since the divisions between broadcasting and communications, computers and consumer electronics are disappearing, we are at the stage where hardware, software, content and services are merging to form new industries, and new markets are opening up.

On the first day the guest speaker from Intel spoke about "Making the ever-expanding mobile environment easier and more fun to use," while Microsoft spoke of "New services and high value added innovation for the diversified digital lifestyle." The keynote speeches from the 3 exhibition sponsors talked about the basic concepts for this year's exhibition. JEITA (the Japan Electronics and Information Industries Association) gave a detailed talk on this year's theme topic of "Digital convergence, onwards to new stage, and Aiming for a gentle society for people and the Earth," explaining the impossibility of continued environmental neglect with our continued social development, and the important role of the green IT drive in creating a society that is gentle to people and the Earth through energy efficient IT and domestic goods and so on. CIAJ (Communications and Information network Association of Japan) spoke about "ICT developments and supported business solutions", while CSAJ (Computer Software Association of Japan) spoke of "The coming revolutions in the software industry with next-generation networks."

Looking around the varied exhibits set up in the vast space of Makuhari Messe, it was clear that this year's exhibition displayed a marked trend compared toward digitization for high-definition, higher device functionality, network support for the IT era, as well as systems and devices clearly designed to meet the ecological objectives of the current era. Gaining attention were the flat-panel televisions that have gained favor since the Beijing Olympics. The various companies spared no space to display a variety of LCD, Plasma (PDP) and organic EL models, showing technological trends towards ultra thin-panel construction, lower power consumption, ultra-high definition, and super-large size - all of which I would like to outline in this article.

Wall-positioned in the Sony booth were the BRAVIA series 55-, 46-, and 32-inch LCD televisions. These televisions use RGB LED backlights giving a wider color range, better color fidelity and reproducibility, while partial light emission control provides improved gradation reproducibility for better contrast. To solve blurring characteristic of LCD, most of the models feature a double-speed 120-frame drive, and some models a 4X-speed 240-frame drive for blur reduction and compensation in video shooting situations. The technology greatly improves image quality especially for rapid movement video images such as that found in sport programs or lower frame/second movie images. The much-talked-about ultra-thin flat-panel television was also on display on a rotating rostrum enabling visitors to easily grasp the dimensions of the television. This was a 40-inch LED backlight television with a minimum thickness of 9.9mm and weighing a mere 12kg. The adjacent display featured a number of the organic EL televisions which debuted last year. The organic EL television display emits its own light, enabling a thinner and lighter construction with excellent characteristics such as higher luminosity with lower power consumption, high contrast, wide color range and color fidelity with high response time. There were 2 models on display, 27-inch and 11-inch versions with a mere 3mm thickness. Further, a bendable, paper-thin, 0.3mm thick display blending the organic EL and TFT (thin film transistor) technologies was presented as prototype. Future development of this system is greatly anticipated.

Panasonic exhibited their new human 'VIERA' series - featuring the large size 150- and 103-inch PDPs, medium size 65-, 50-, and 46-inch PDPs and the smaller 37- and 32-inch LCD televisions. Through advancements in fluorescents, gas discharge developments, cellular structures and a rethinking of circuits and drive methods, not only does the next generation 'Neo PDP' technology greatly improved light emission efficiency, intensity and definition with better black reproducibility and color expressiveness, but it also allows for much thinner and larger television construction with only half of the conventional power requirements. The eco-friendly materials used for construction no longer contain lead, mercury or PVC, and are designed for low power consumption (about a half that of conventional model) and high recyclablity. Compiling their technologies, Panasonic also exhibited the 150-inch PDP - the world largest. This is equivalent to nine 50-inch televisions, and to balance with the size the television supports high definition 4K (4096 x 2160 pixels). This television would be great for digital cinema and event presentations. In the following article, I will discuss the 3D 103-inch PDP display. LCD models were also exhibited. These control the backlight according to the video scenes for improved black expression and employ double-speed drives to process vertical, horizontal and diagonal movements for higher image quality.

Toshiba's REGZA series exhibit featured 52-, 46- and 37-inch LCD televisions. Most of the devices are full HD models with wide color range panels, however, notable in the exhibit were the high resolution televisions designed to reproduce lower resolution terrestrial digital broadcast or DVD content that does not meet the resolution standards for full HD ( 1440 x 1080, 720 x 480). This was demonstrated with a split-screen for comparison. The technology provides for enjoyable high image quality viewing through 120-frame double-speed high-definition interpolation to reproduce smooth movement, automatic brightness and image quality optimization to suit the peripheral environment and content, coupled with effective reductions in power consumption.

Hitachi's main exhibit was the "Wooo UT" series flat-panel televisions. A reference exhibit was the 1.5 cm thick, 10kg 37-inch model. Thanks to the lightweight, thin construction, these televisions can be hung on a wall or freely positioned in the same way as furniture. For image quality, the television employs a wide panel for wider viewing angles in all directions and double-speed 120-frame drive to reduce after image, and features rich color expressiveness and improved gradation reproducibility, with interpolation technology for smooth reproduction of 24-frame movie film for cinematic viewing. In consideration of environmental concerns, power and resource requirements have been reduced by about half through the use of thinner, lightweight materials, thinner power supplies and thinner devices with LED backlights.

Sharp, who hold a large share of the LCD television market, exhibited a rich line-up with their AQUOS series. New models gaining attention were the 65- and 52-inch televisions with a minimum thickness of 2.3 cm, a reduction of one third compared to a conventional model. The devices feature the mega-ASV panel with thinner backlight, brightness control adjusted to images, greater contrast ratio at 10,000:1, and wider color and gradation reproducibility with lower power requirements. Sharp's double-speed 120-frame drive with unique algorithm for movement interpolation also gives improved image quality.

Pioneer, with their long involvement in the PDP field, introduced their new generation 'KURO' series. Rethinking reserve gas discharge techniques has comparatively reduced the PDP characteristic black level by about one fifth, and this in turn provides for better contrast ratios and color reproducibility in an attractive image with a solid feel. This is a great television for movie appreciation in a home theatre setting. Strengthening bonds, also on display was 'the merging of image and sound' presented using a Sharp LCD television in conjunction with a Pioneer audio system.

Mitsubishi Electric arranged 2 of their giant Aurora Vision LED displays surrounded by 52, 46 and 40-inch versions of the REAL series LCD televisions. The 4.4 cm slim panel uses a gloss processing panel realizing high contrast and color reproducibility, and video and sound via wireless transmission from a separate tuner allows this low-energy television that automatically adjusts image brightness to suit the indoor environment, to be freely positioned in the room.