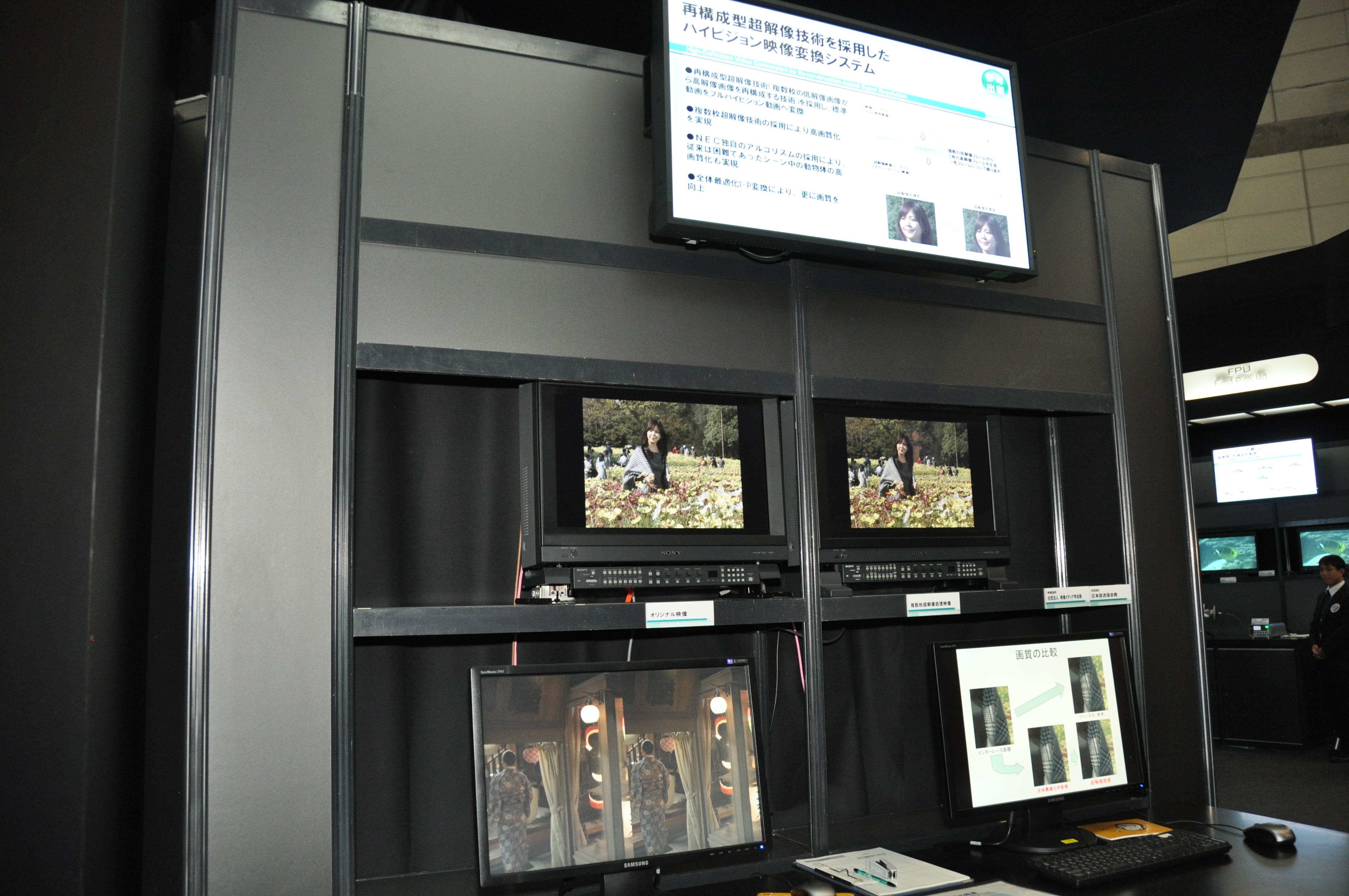 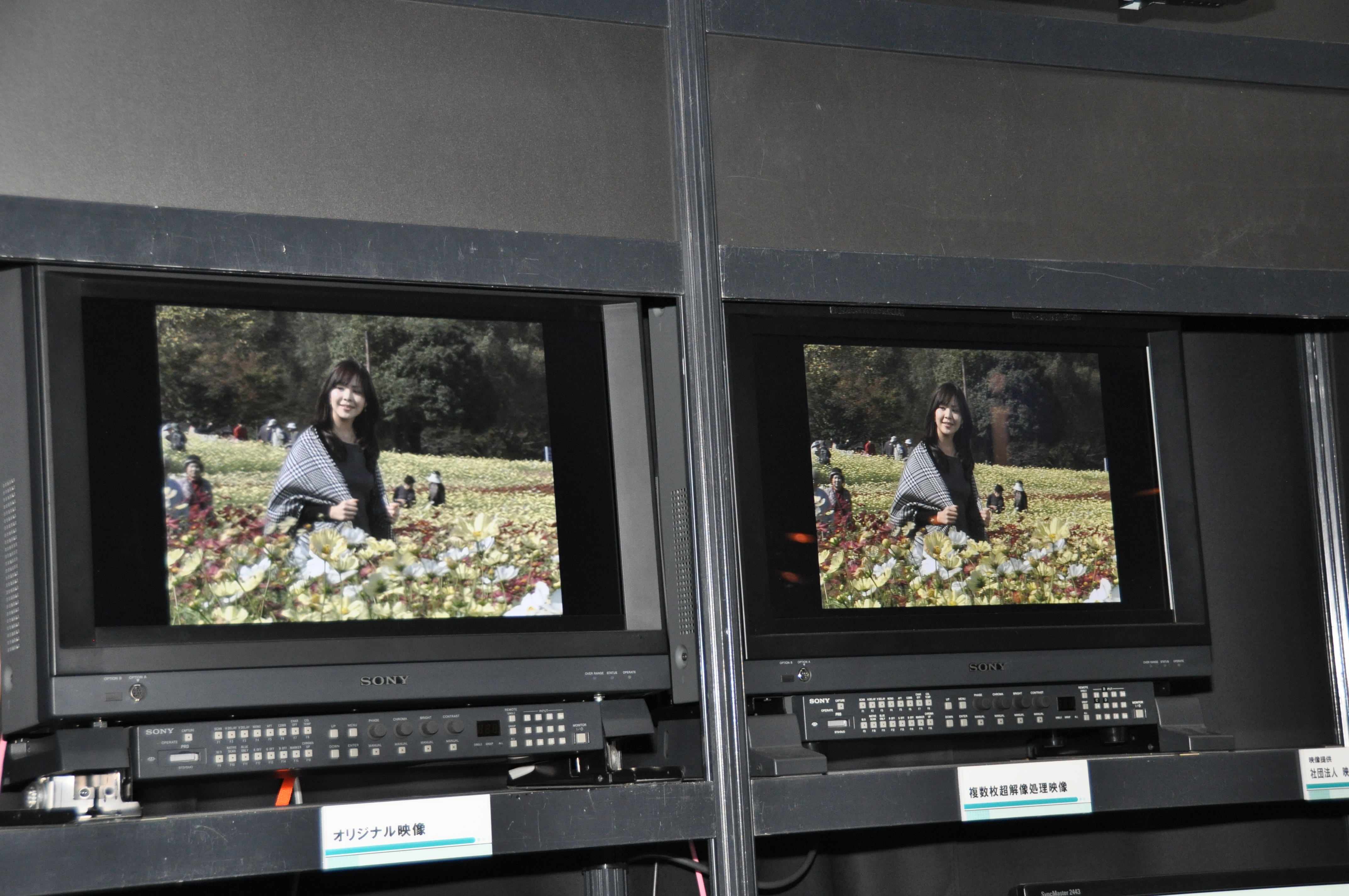 This time around, NEC demoed multi-frame imagery (moving images) using super high resolution techniques. Normally, movement causes frames to drop and makes executing super high resolution techniques difficult. Up until last year, IP conversion or deinterlacing techniques were used to convert interlaced images to sequentially scanned images, but this lossy process resulted in lower quality images. This year, NEC demonstrated how, through the efficient use of motion vectors, the "active ingredient" in creating super high resolution imagery can be effectively detected in moving images, raising the precision of the sequential scanning conversion. As a result, images which last year would not have converted properly will now be processed into super high resolution without fail.
NEC stated their interest in using this technology to boost the image quality of archival films. The techniques showcased in the demo were not done in real time, but the company claims they can quicken processing speed by employing parallel processing in the future.