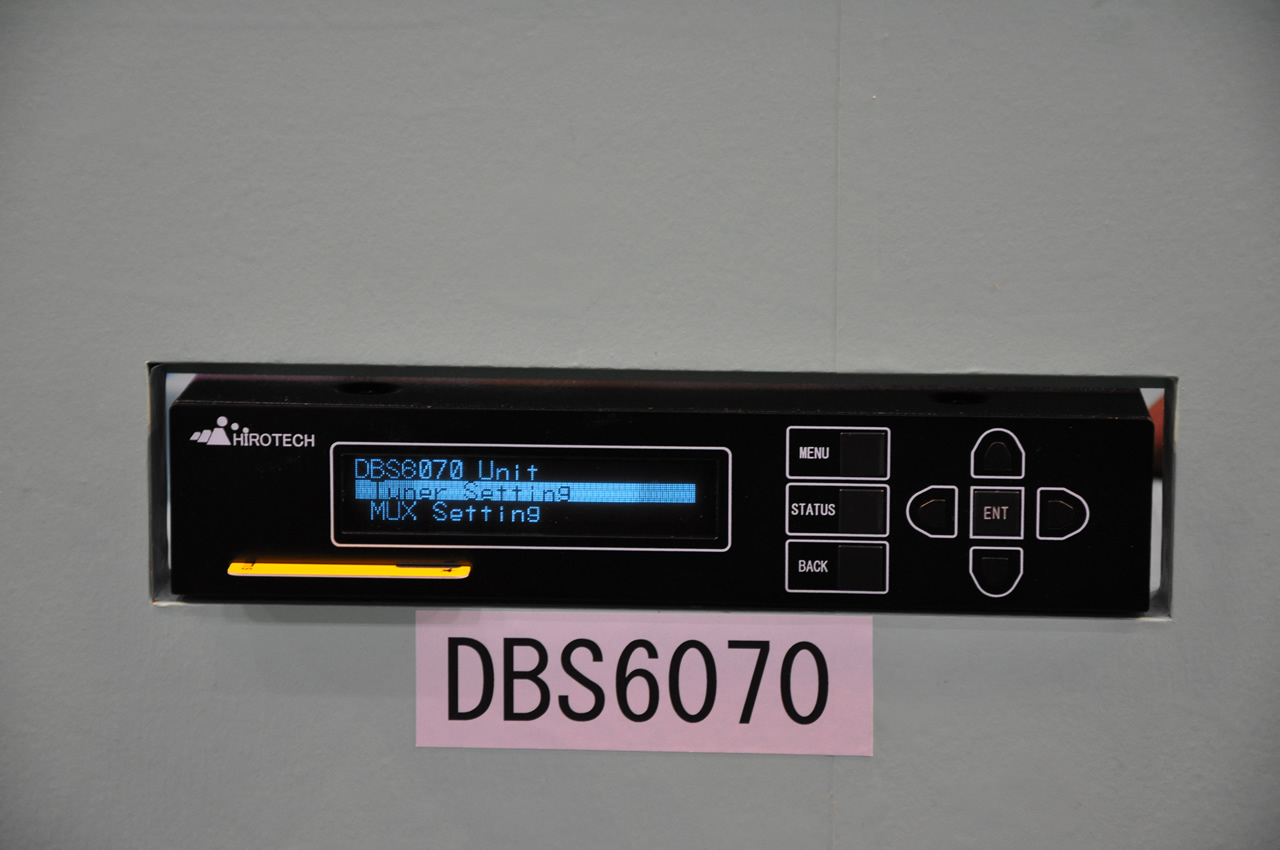 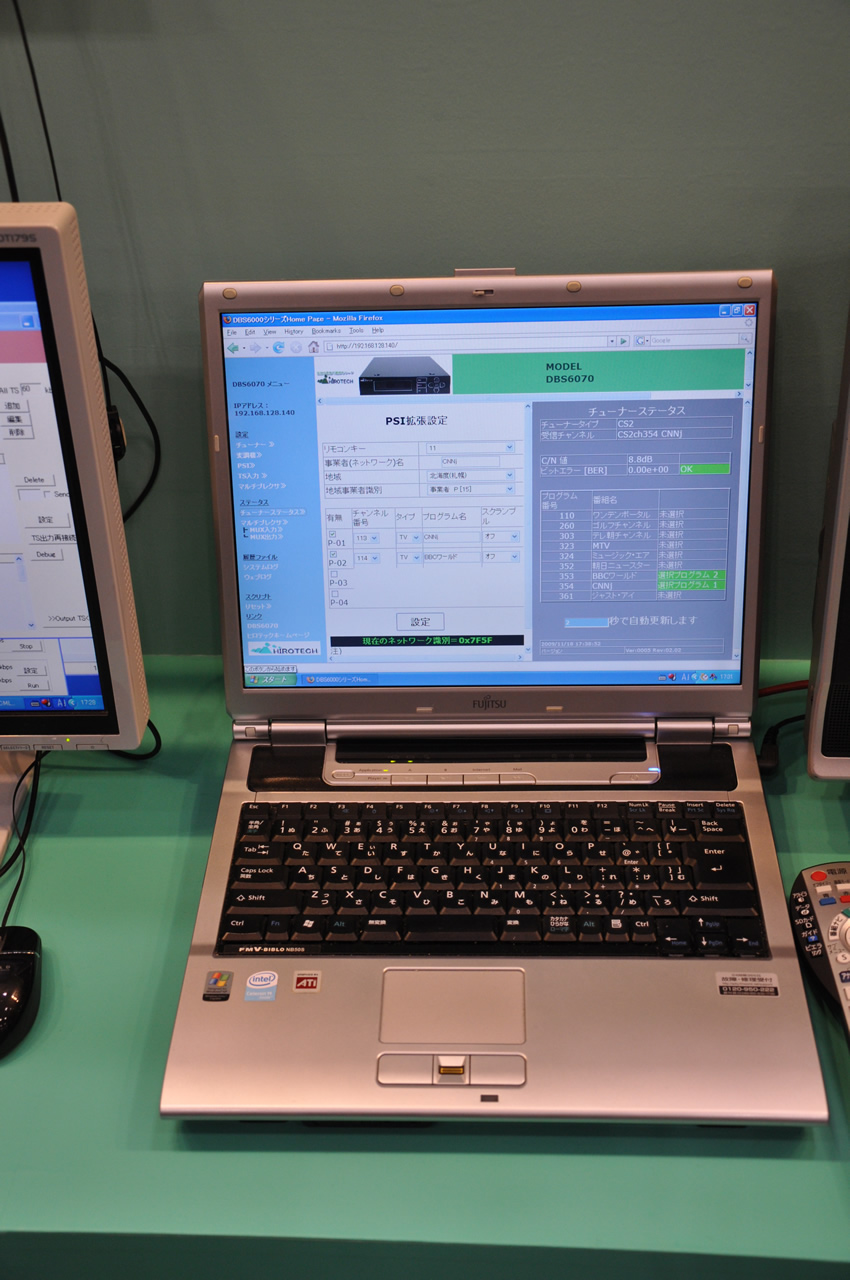 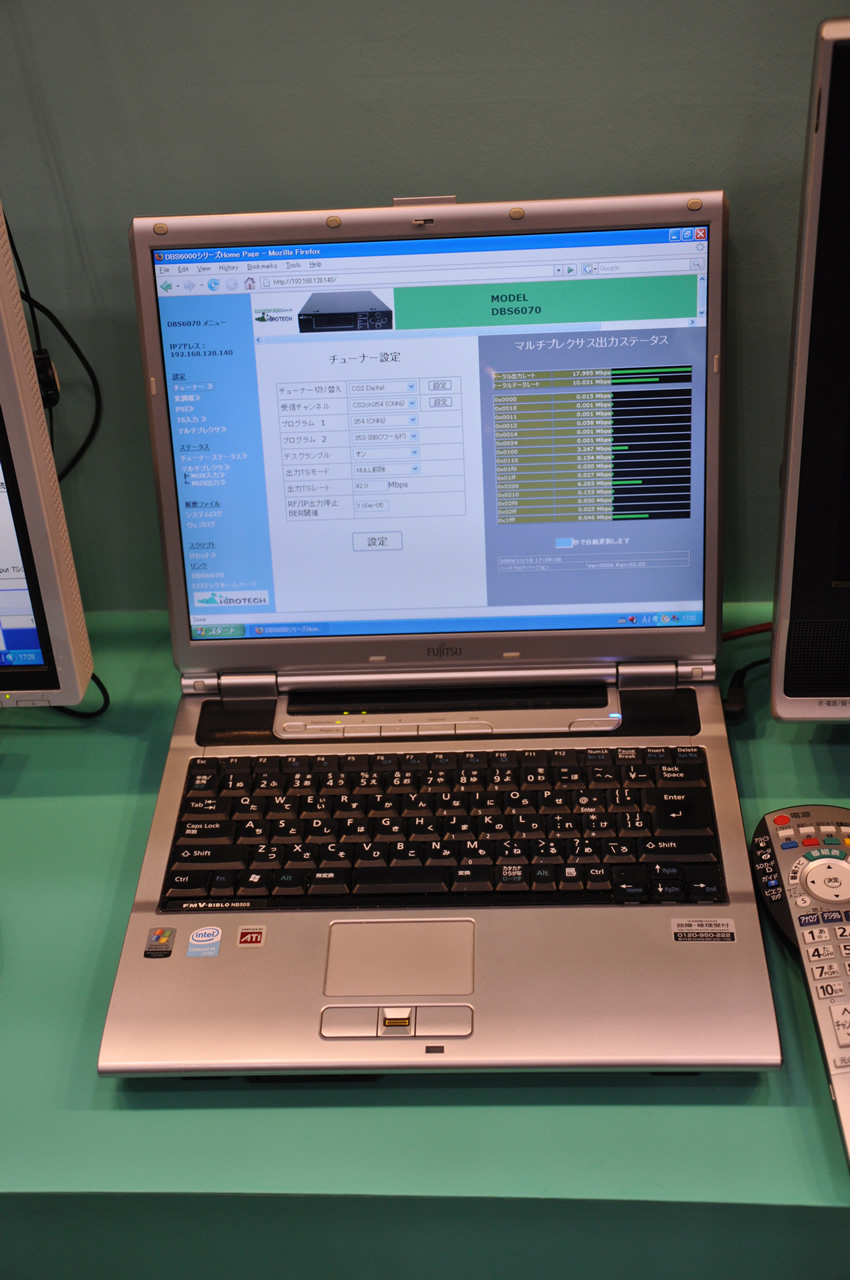 Ability to include all SI information required for terrestrial digital broadcast
There are two main features of this system. The first is the PSI create function that allows SI data such as remote control key numbers, channel numbers, region, channel name and so forth to be included with the terrestrial digital broadcast. The second main feature is the system's ability to reorganize EPG extracted from the received TS stream and also broadcast multiplexed BML data which can be used as it is.

Although the Hirotech system doesn't use cable TV specs but original ones, Hirotech Chief Motohiro Kurisu explains that there has been some talk from cable television providers about proposing the terrestrial digital broadcasting trans-modulation specifications to Japan Cable Laboratories.

Inexpensive unit cost around 1,000,000 yen
The system has been on the market since August this year, and Mr. Kurisu says he wants continue to provide it at a reasonable price of about 1,000,000 Yen. He also points out that the 1 million yen price tag is cheap compared with other BS/CS110 digital broadcast trans-modulation systems.

He says he hopes to further expand the market for the equipment as a discrete broadcast system for hotels, schools, hospitals and so forth.