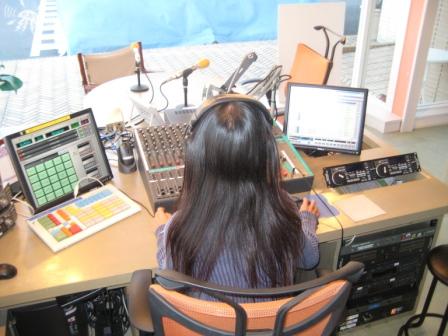 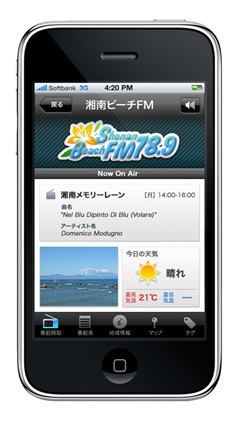 Going on-air from the Inter BEE studio, using RCS program creation software
Community broadcaster Shonan Beach FM (Zushi-Hayama Community Broadcasting Inc.) has been using automation software from RCS for the last five years, and as well as making 24-hour independent operation feasible, the resulting labor savings have reduced production costs by half. This software has been trouble-free in the 5 years in which it has been in use, and the company's President, journalist Taro Kimura, says that this proves its reliability.

As a result, the company has decided to act as an agent for RCS software. At Inter BEE 2009, Shonan Beach FM will go on-air from a studio set up within the venue, using RCS's Zetta automation system, and the GSelector scheduler.

President Kimura said "the world of broadcasting is entering an era of upheaval, meaning a change in our way of thinking will be necessary, and this software may be a clue to such change".


Automated music broadcasting scheduling software (G Selector & Zetta)
GSelector automatically selects the optimum numbers of tracks based on the given conditions of program scheduling, and can also embed commercials, singles, and other non-music sound sources within a specified period.
This can also manage past track rotations, check selection frequency and intervals between playback, and provide optimal track positioning, and of course, it also supports manual operation of automatically scheduled programs.

Scheduling conditions can be specified, and program scheduling themes such as fusion, jazz, Latin, pops, oldies, and ballads can be decided for each program.

Zetta delivers audio just as created and scheduled by Gselector. Of course, editing of the schedule, as well as creation and insertion of voice tracks (announcements from the DJ) are also supported.

Additionally, this can support not only automatic program creation, but also talk shows and other live broadcasts.


Holding a workshop
Shonan Beach FM will hold a workshop at Inter BEE on the subject of introducing RCS software, and will also hold a seminar in April 2010.

Inter BEE will feature a demonstration of the iPhone radio application that broadcasts information combining regional information and community broadcasting. These are being carried out in cooperation with Flight System Consulting and the Community SimulRadio Alliance (CSRA) community broadcast group that airs SimulRadio. Furthermore, during the period that Inter BEE is being held, actual live broadcasts of Shonan Beach FM from the Shonan Beach FM booth are planned for 4 o'clock every day, and listening to these broadcasts using the iPhone radio application will be possible.

[What is the iPhone radio application?]
This solution enables real-time delivery of terrestrial radio broadcasts to the iPhone 3G/3GS and to the iPod touch in specific licensed areas (this range setting can be removed). Special technology will be integrated in the delivery unit of the broadcaster, and the listener can enjoy these broadcasts simply by downloading the dedicated iPhone application to their device. If connected to Wi-Fi, the listener can also immediately purchase songs that they have heard from the iTunes Store.

[Community SimulRadio Alliance (CSRA)]
This is a voluntary group of nationwide community broadcasters, represented by Taro Kimura. Each broadcaster simultaneously delivers radio programs tailored to each region using regular radio broadcasting, and over the Internet.