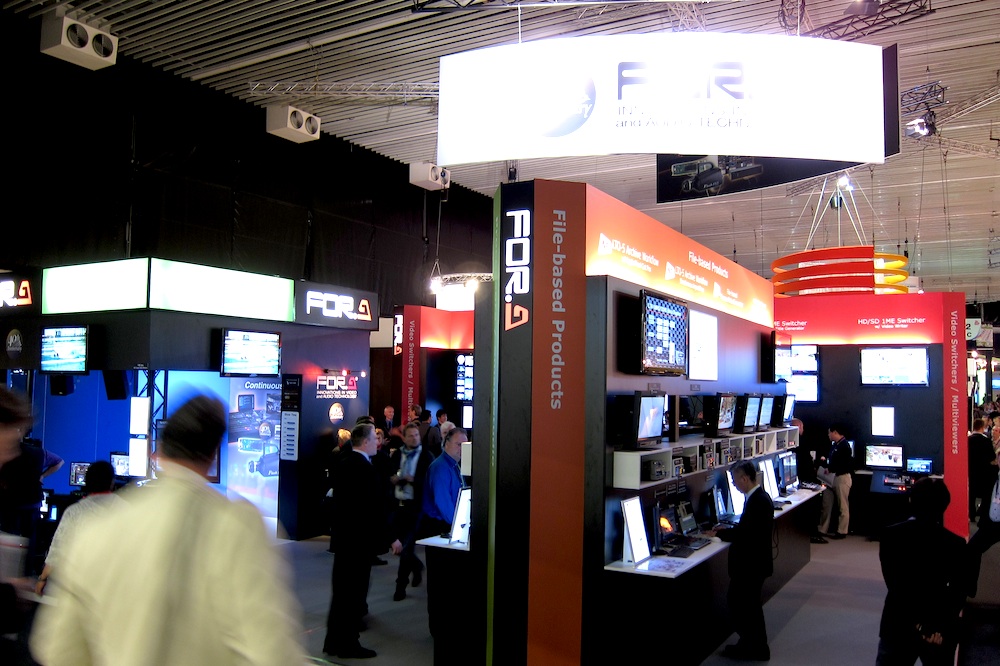 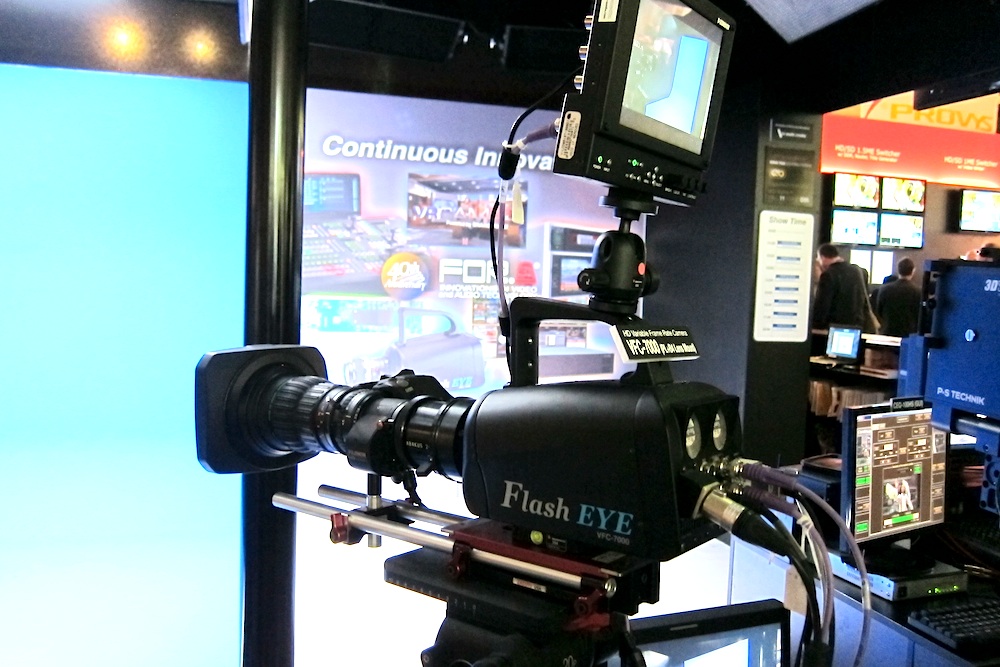 For-A Co. Ltd (CEO: Katsuaki Kiyohara) announced its plans to exhibit at Inter BEE 2011, the country's largest expo of broadcast devices, held from November 16-18 at the Makuhari Messe convention hall.
The company is continuing its theme from last year, "Continuous Innovation," and will exhibit a wide array of revolutionary baseband devices and next-gen file-based solutions. The major products on display are:

■ Products for television commercials
Two new products will be on display for commercial-making. The CM Master Maker software aids in creating commercial meta-data and follows the "Provisional Guidelines for Importing File-Based Media into Commercials," allowing for the creating, editing, and viewing of files. It supports the three main media formats, XDCAM, P2, and GF. In addition, the new NeON VIII subtitle broadcast creation system will also be on display; this subtitle-creation system is compatible with subtitles for commercials.
Finally, the MBP-100MP multi-format player is a device capable of direct playback of each media format.

■ Products for live production
The new HVS-4000HS 3G/HD/SD 2M/E-3M/E high-end video switcher is a multi-format switcher compatible with 2M/E, 2.5M/E, and 3M/E.
The HVS-350HS HD/SD 1.5M/E video switcher adds functionality for recording video directly to internal memory, and also works with CG wipes and other effects. The exhibit booth showcases this device used in conjunction with Abekas Inc.'s "Mira" multi-channel video server.
A reference version of the SmartStudio all-in-one live production system will be on display, demonstrating its full complement of all major functions for studio work. It includes, among other things, template-based marquee functions, camera switching, clip player functions and playlists. Further, using it in conjunction with the HVS-300HS/350HS unlocks an even wider array of functionality.

■ Routing switchers and multi-viewers
The MFR multi-function routing switcher series allows creating of matrices up to 128x128. They enable tally and automatic source name tracking connections with peripheral devices (video switchers and multi-viewers) and their flexibility makes the perfect choice for building the core of a system. On display will be small formfactor 32x32, 32x16, and 16x16 versions.
The high detail MV-3200 multi-viewer can be used in conjunction with HD/SD/analog connections/PCs and offers a maximum of 32 inputs and 4 outputs. The totally customizable monitoring environment allows you to create free layouts, 90 degrees of rotation and more. It will be on the exhibit booth in a linked display with Christie Digital's modular Microtiles display.
The MV-42HS HD/SD multi-viewer is a new product and will be exhibited for the first time. This multi-viewer features carefully selected functions at an affordable price with a total of four inputs. It allows for mixed HD/SD-SDI input and HD-SDI and DVI-D output. The user can also display audio level meters and timecodes with this device.

■ Processors
Three new processing products will be on display, including one new item.
The FA-9500 multi-purpose 3G/HD/SD processor provides up/down/cross/aspect converters as standard features. A single unit can provide optimal functionality for all your video production scene requirements, including line, relay, reporting, production, editing and delivery.
Another item, the FRC-8000 HD/SD framerate converter, took the Best of IBC2009 award at that expo. The booth exhibit will feature this device with a touch-panel enhanced front panel and simulcast output option.
The new item on display will be the UFM-30FRC HD/SD compatible frame rate converter.
The modular UFM-30FRC can be installed in a UFM frame and is compatible with HD/SD formats. It also features a motion compensation processing mode and linear converter mode.

■ Specialty cameras
The VFC-7000 high-speed HD camera is a variable frame rate camera that is capable of high-speed HD recordings. Since it allows for 700fps high-speed recording, it is ideal for replays in sports broadcasts. This camera has already drawn attention in Western markets, garnering the STAR Award at NAB Show 2011 and the Best of IBC 2011.
The EM-120H is a new super high sensitivity camera (made in collaboration with Flovel Co. Ltd) and can shoot images in lighting as low as 0.02 lux. This HD EM-CCD camera covers a wide wavelength range and even allows you to take color video in settings lit only by moonlight.


■ Character generators/virtual studio systems
The 3D-VWS Tri is a new HD/SD character generator that allows the user to create 3D marquee objects, time lines, and edit animations along moving paths. It also works seamlessly when used in conjunction with the EDIUS6.
The VRCAM2 sensorless virtual studio system enables a virtual studio using a one-man-operated, no-cameraman environment. It offers a host of features including robust playlist functionality, on-air text editing and more. This product received the Best of IBC Award and STAR Award at IBC2009.

■ YEM Eletex products
On February 28th of this year, For-A acquired full stock rights to YEM Eletex from Flight Systems Consulting Inc. As of April 1, YEM Eletex is a wholly-owned subsidiary of For-A, and two new products will be exhibited under the For-A YEM Eletex name.
The TSD-6200 data broadcast auto switcher is a TS auto switcher that swiftly and automatically locks functionality when an error event occurs.
The EDD-5200/6200P multi-format time lag checker is a checking device that calculates latency among audio channels or between an audio and video track.
In addition to the products above, many more will be on display at For-A's booth.