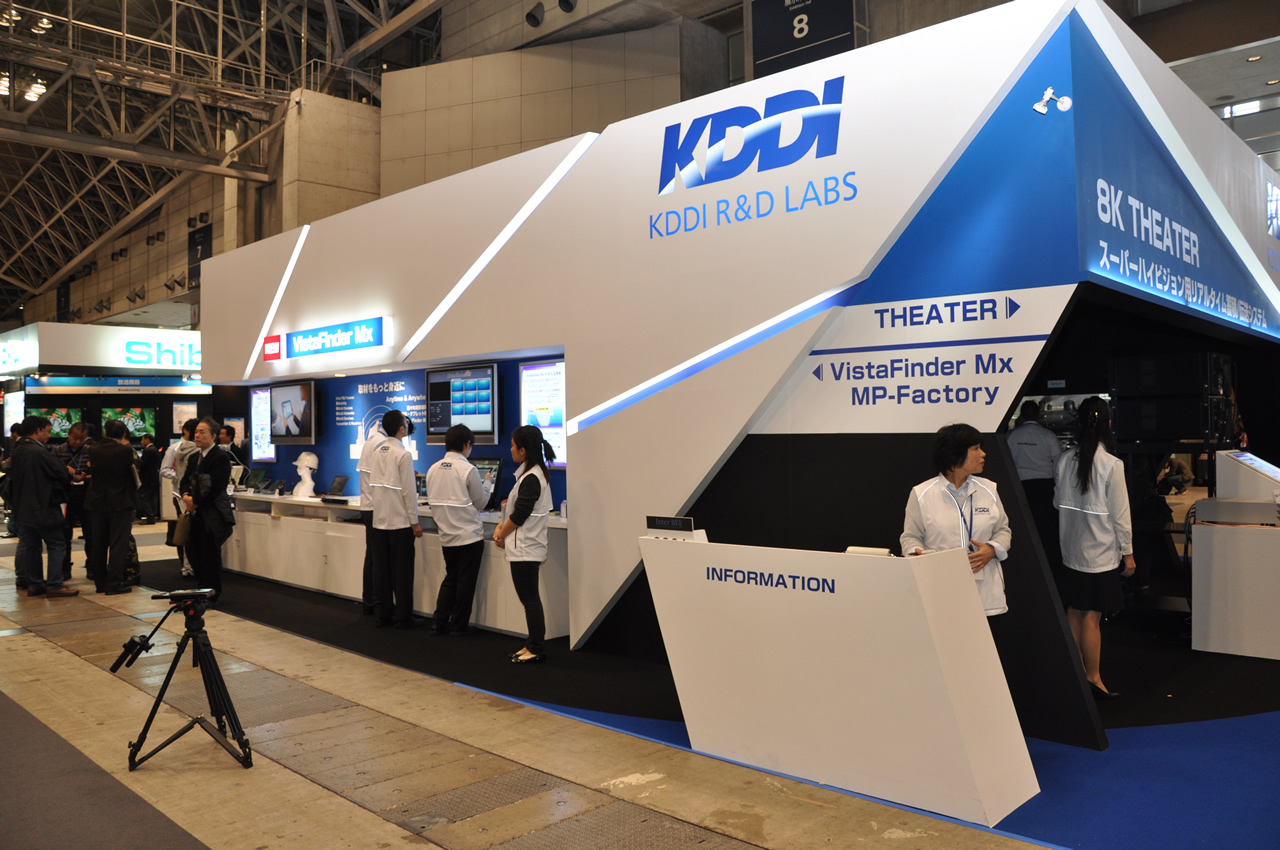 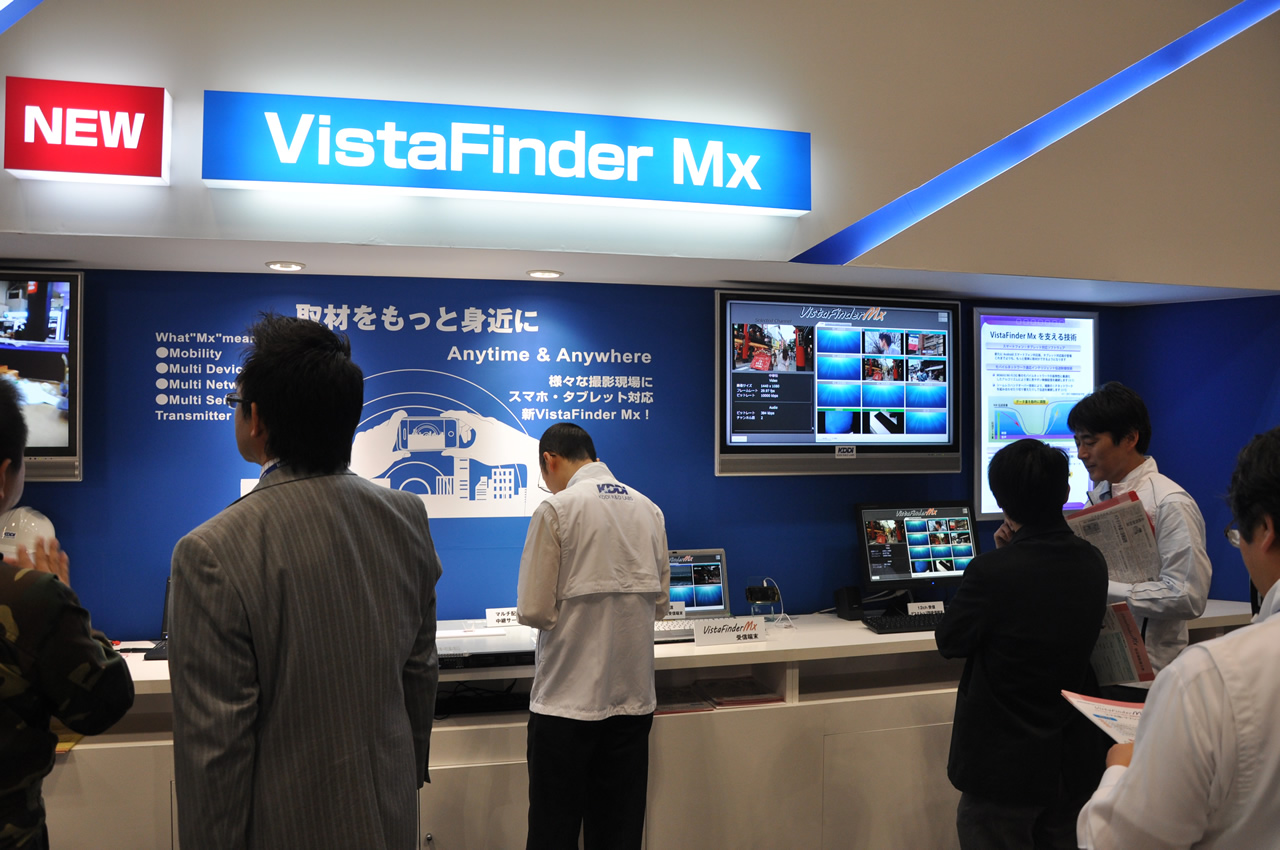 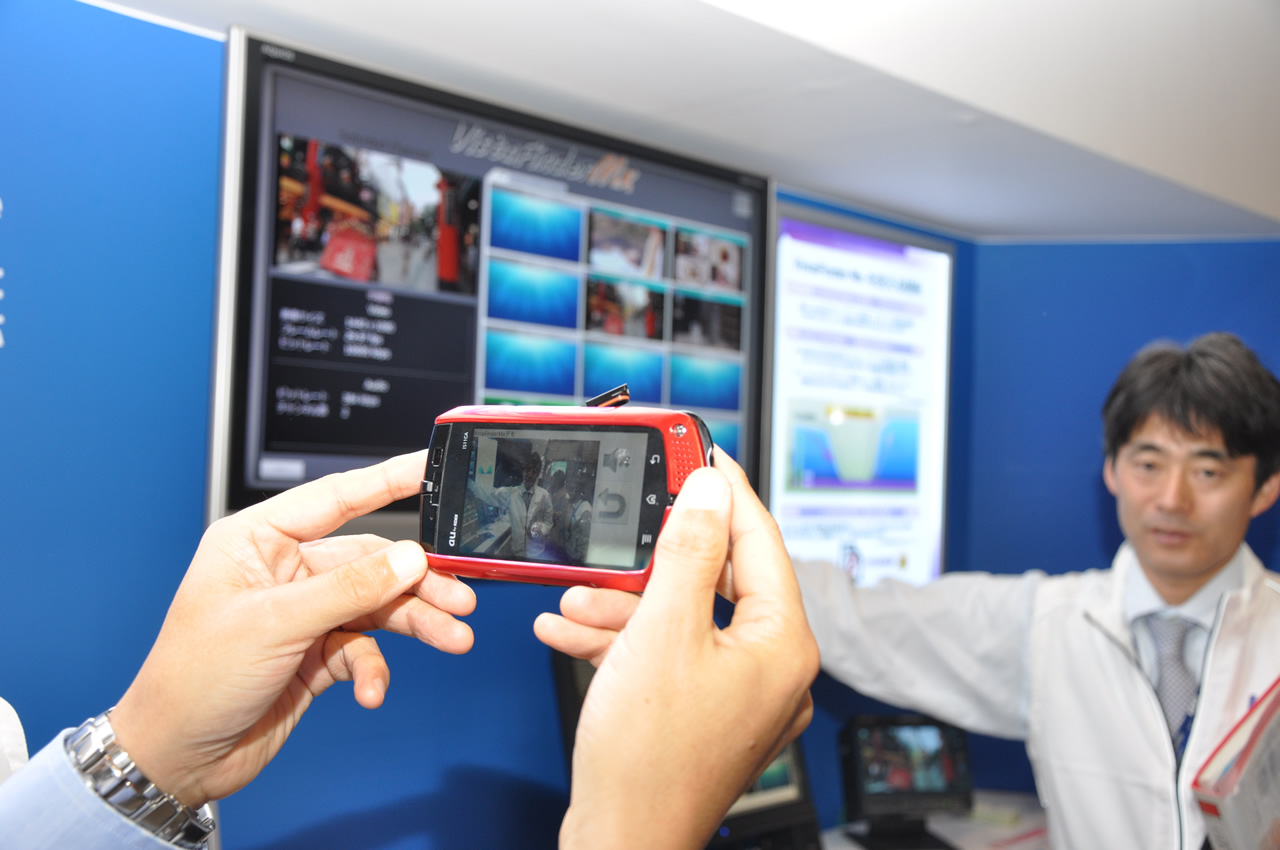 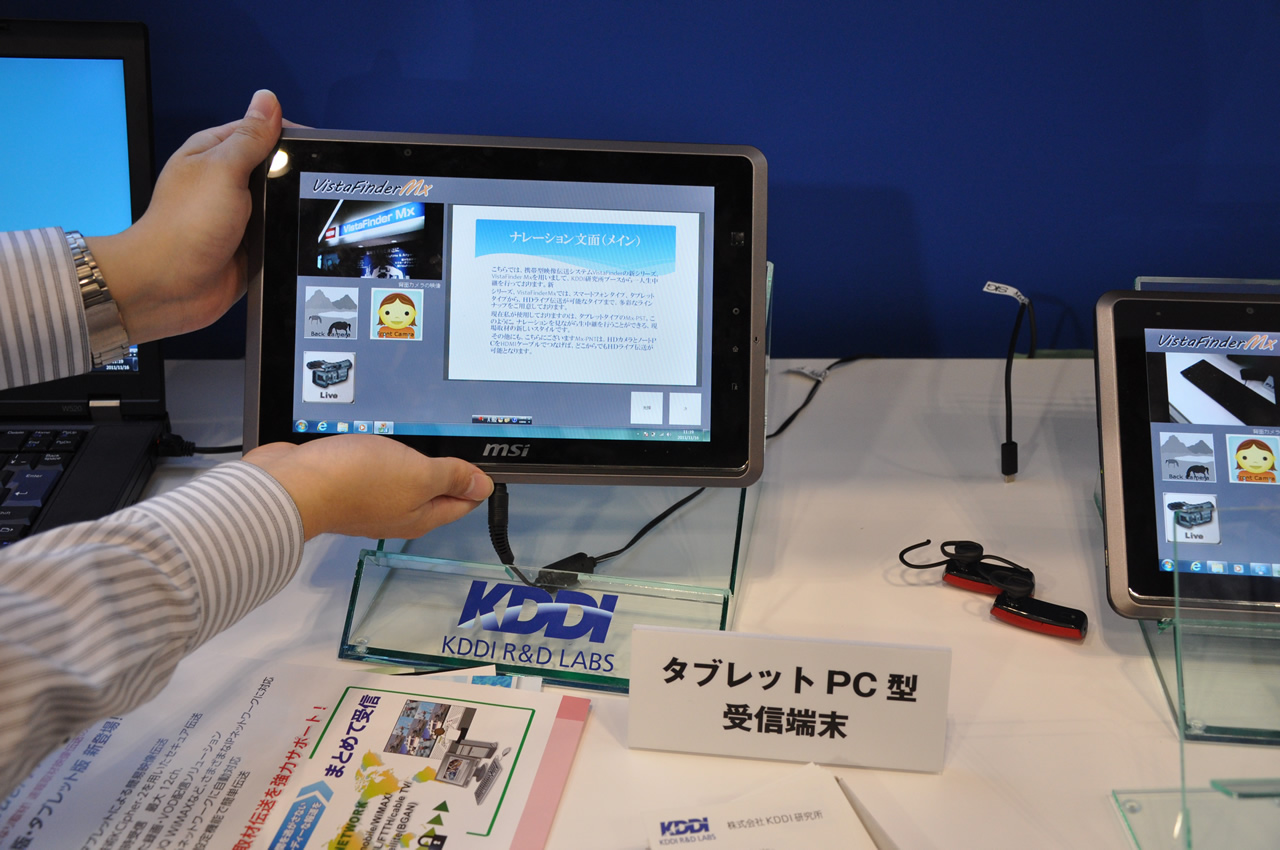 Sending data on the tablet version 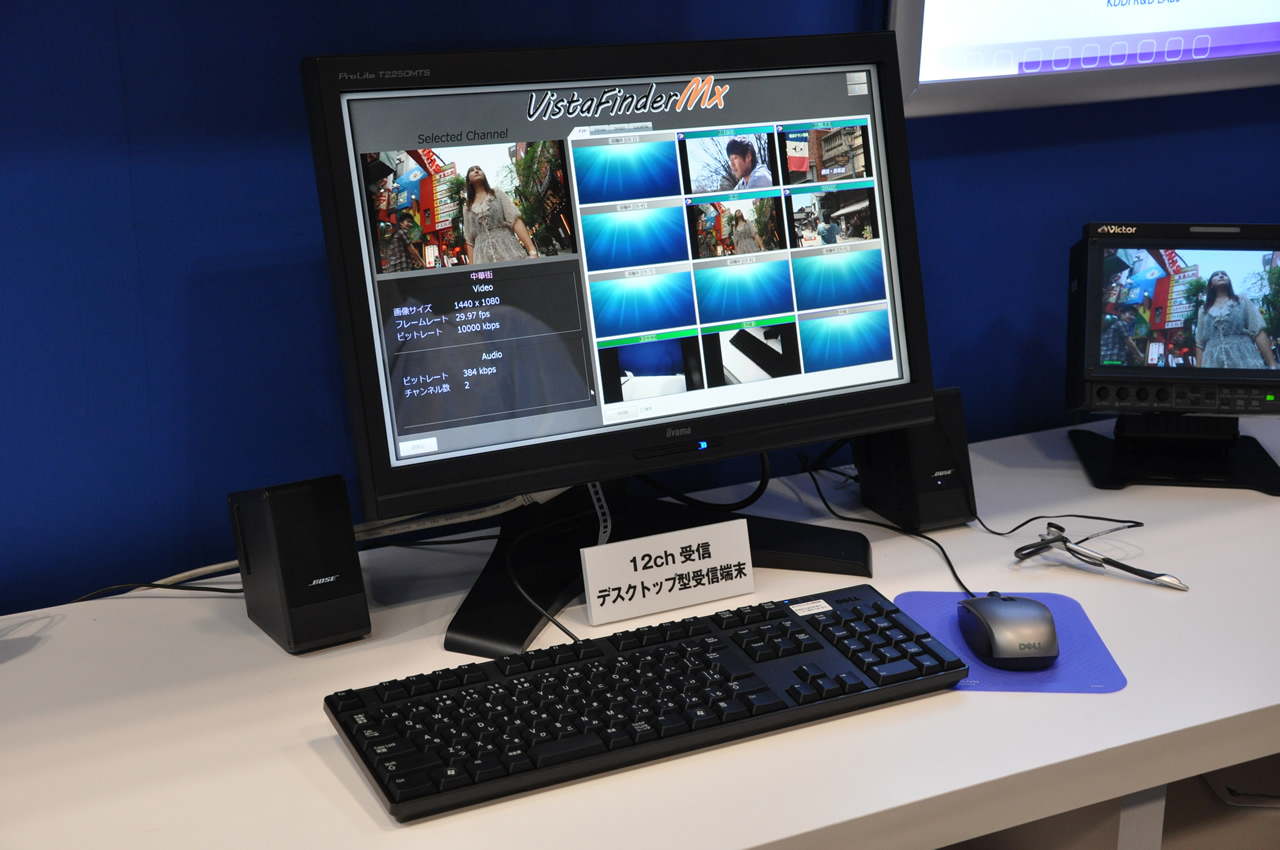 KDDI representatives say the update allows for receiving up to 12 simultaneous feeds, depending on the receiving device's CPU power and network congestion. They add that the continuous uninterrupted feed functionality was achieved through dynamically adjusting the encoded bit rate on the fly. Senior Chief Engineer Masahiro Saito of the Research Promotion Division further explained that "There are two functions which are in development and not supported yet -- the bulk connection mode, which allows the user to connect to multiple network infrastructures simultaneously, and the seamless handover function, which switches seamlessly across infrastructures depending on network conditions." KDDI says they have also set up a mode which drops down to an audio-only feed when transfer bandwidth drops extremely low or in other similar circumstances.

The VistaFinder MX system is being demoed at KDDI's booth. The demo setup features QVGA video feeds being taken with the VistaFinder MX-ASP Android smartphone version and VistaFinder MX-PST tablet version, then broadcast over UQ WiMAX and a "VistaFinder live server," the results of which are then received by a VistaFinder MX-PDR PC terminal connected to the Internet.


Mr. Saito explained that "video recorded on the smartphones and tablets is compressed to the H.264/AVC QVGA format and transferred at 300kbps." In addition, he noted that while the demonstration shows one-on-one transfer and receiving, the VistaFinder live server used in this system could be further developed in the future: "We are currently considering making this a packaged product or providing it as an ASP service."

"The PC version will be released before year-end, and we plan to release the smartphone and tablet versions in February of next year," he added.