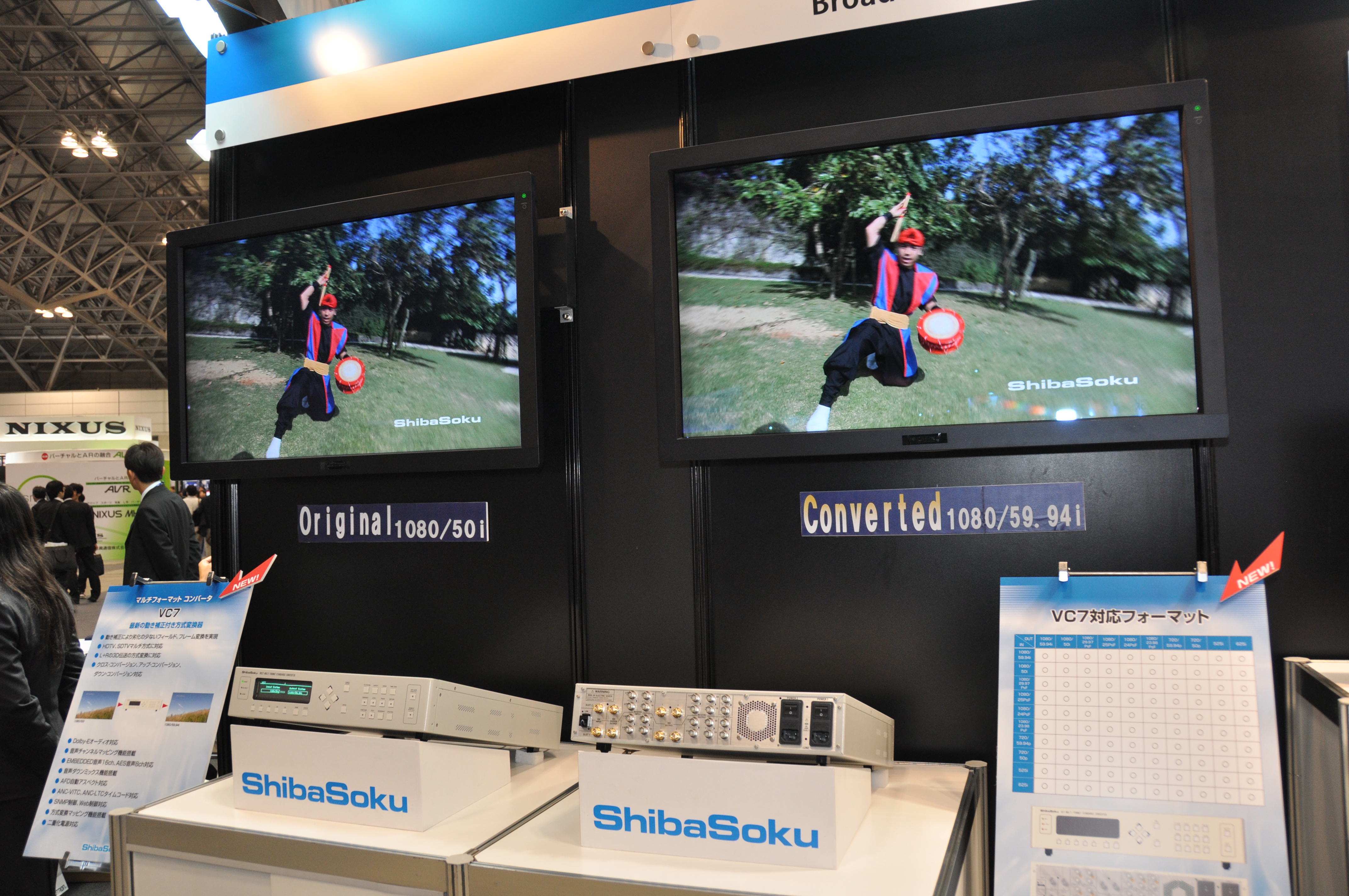 ShibaSoku presented a new format converter that can be used for broadcasting big international sporting events and international voluntary transmission services. It uses motion vector during conversion, allowing the format conversion to be performed in a higher resolution.

At ShibaSoku's booth, there was a demonstration of the new multi-format converter product, VC7. Format converters convert the number of scan lines, pixels, frames, etc., and are used for functions such as international relay broadcasting. The same company has already made products such as the multi-format VC31 converter series, which are able to convert between HD and SD, and the HDTV format converter VC39, which converts between HD formats.
Although the conventional VC31 series also uses motion vectors, VC7 has a more advanced motion vector processing, so one can expect a higher image quality when converting videos. In addition to that, it reads out the signals fitted into scanning lines and frame synchronizing signals, and supports embedded objects, so the information loss from converting can be minimized. Also, the defining characteristic of VC7 is that it is applicable to 3D (optional), so even 3DL+R image input can be converted with the binocular synchronism fully maintained.