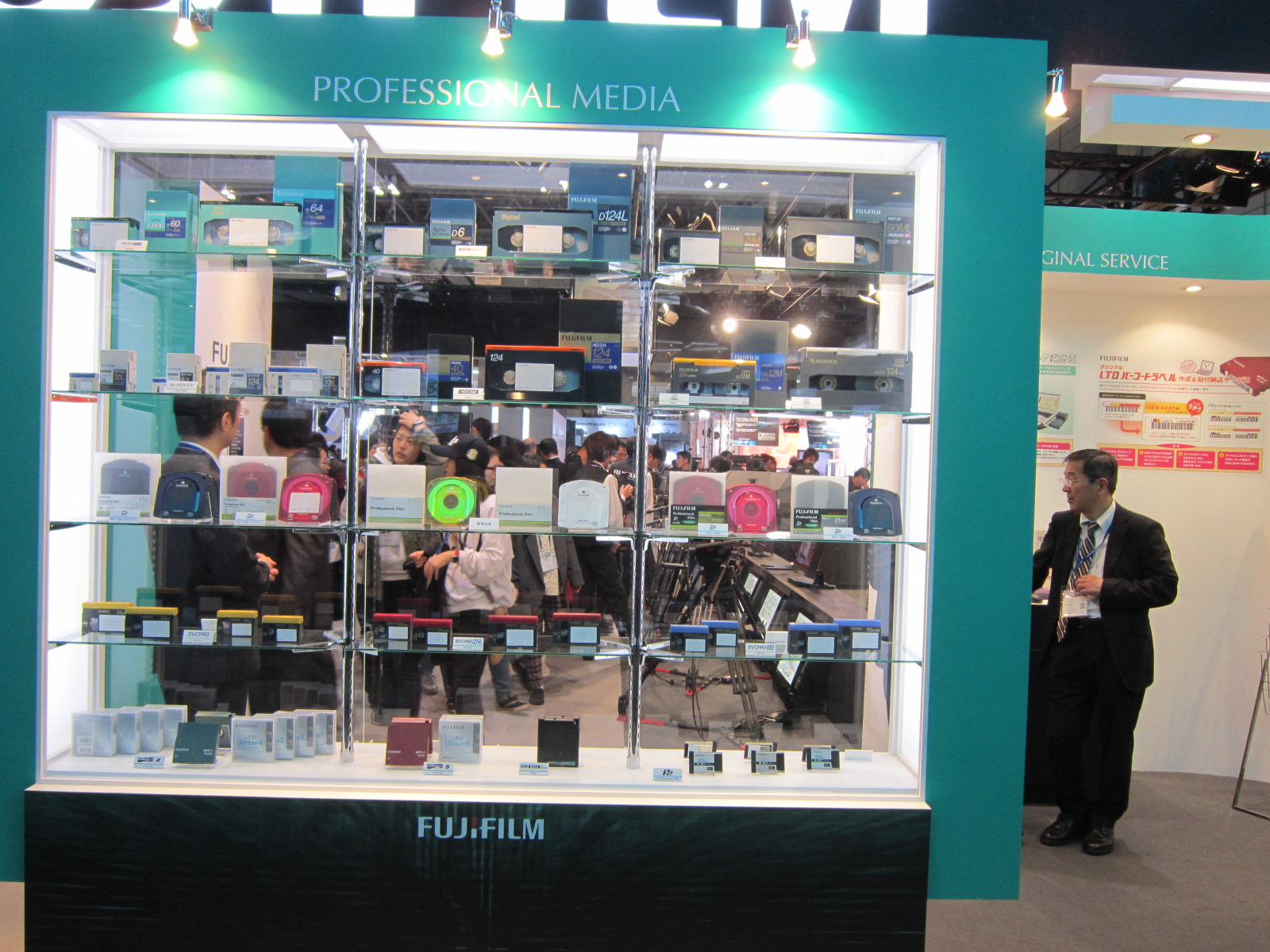 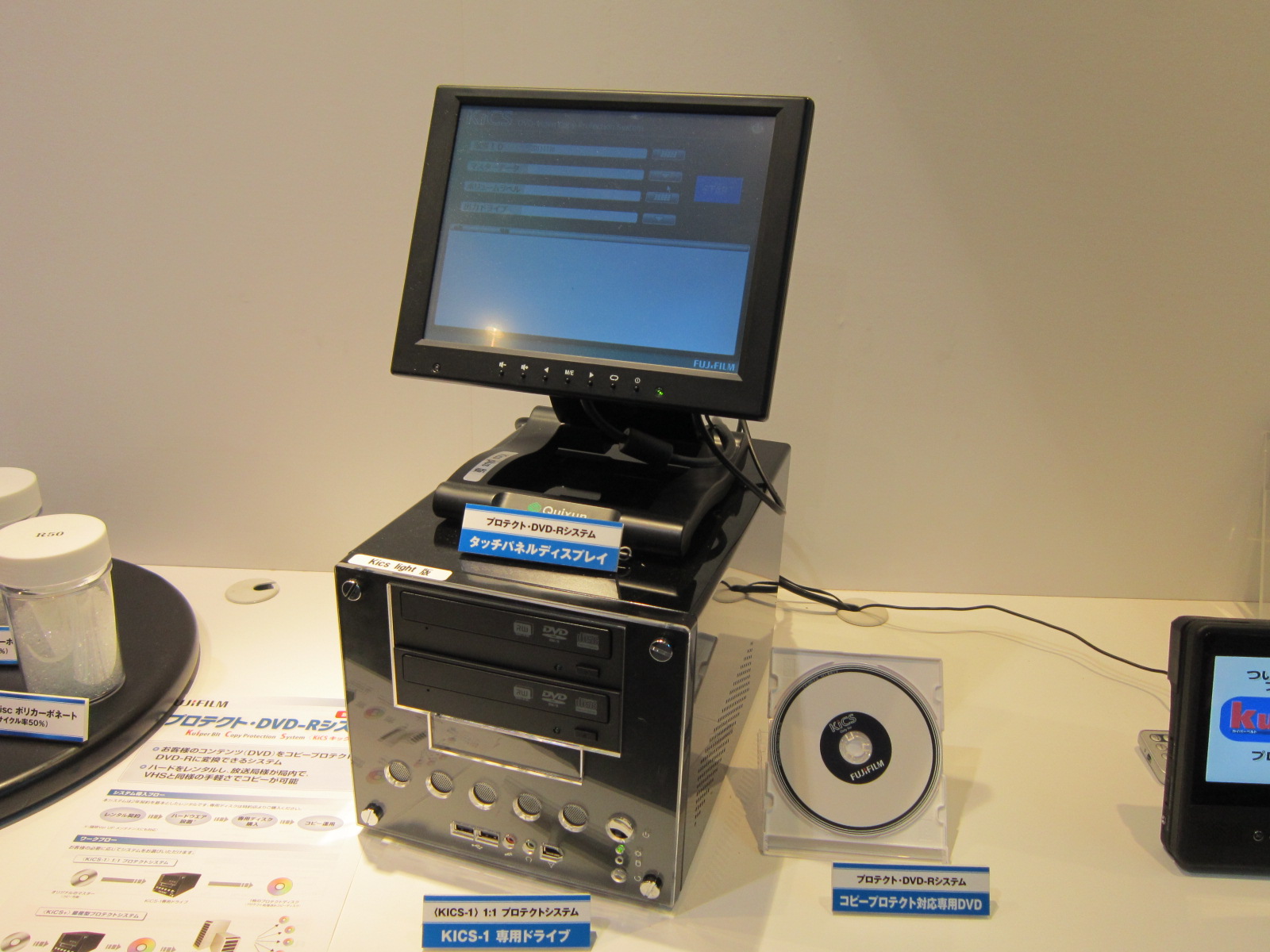 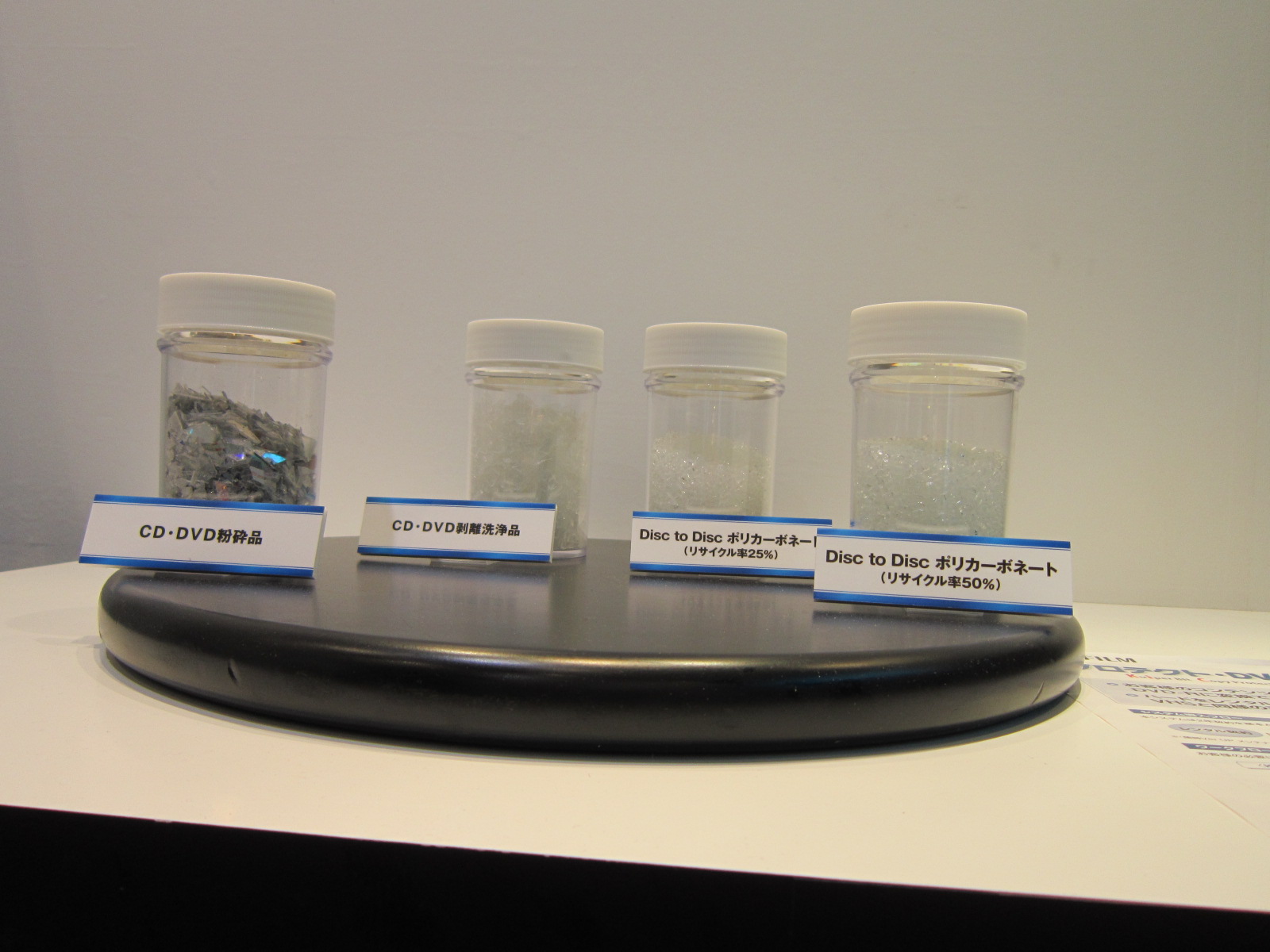 The Fujifilm Recordable Media Corner is displaying video tapes for broadcasting, professional discs and various recordable media for broadcast use that run on a rich variety of formats, featuring Fujifilm's proprietary high density technology "HDCAM." The company is also introducing their LTO media diagnostic equipment, their data protection services, as well as the recycled CD/DVD manufacturing project that was started on November 16.

The main display at the Recordable Media Corner features items such as the "HD331," a digital HD video cassette compatible with HDCAM, and the "PD711," an optical disc that runs with professional disc.

PD711 enables high-speed transmission and lengthy recording; a unique high-performing item that guarantees stability and high quality in images and sound. Also in the product lineup is the Archive Case Type, which is great for storage.

Furthermore, high-capacity data media that has garnered interest for broadcast use is also being displayed, including the LTO and the "3592 Tape Cartridge" which uses their proprietary high-density recording technology known as "NANOCUBIC."

■ Exhibition of the "DC Analyzer," which automatically diagnoses the condition of LTO media

Use of LTOs to archive high quality HD content is increasing. In response to this need, Fujifilm is introducing tools to support its use. One such tool is the "DC Analyzer," a proprietary product developed by Fujifilm. DC Analyzer can retrieve usage history and other information recorded on CMs (Cartridge Memory) in order to diagnose media content.

At the same time, they are also introducing their services for creating barcode labels, affixing them to the LTO tapes and delivering them to customers. By using this service, an original barcode label is coded with the company name and other such specialized information, which can help optimize the use and management of LTO tapes.

Digital media services offered by the Fujifilm Media Crest, which is part of the Fujifilm group, are also on display. One such service is a protection service utilizing "Kuiper.blt," Fujifilm's proprietary technology that prevents illegal copying.

Services include the "CD/DVD Data Project," which prevents the copying of data from CD/DVD-ROM and CD/DVD-R discs and files, as well as the "DVD Video Project," which prevents people from making digital copies of DVD videos. Furthermore, the company offers rental services to broadcasting offices of their system that converts DVD content to DVD-R with copy protection.

Another project introduced at the Recordable Media Corner is the "CD/DVD Disc to Disc Recycling" project which was started on November 16. This project features technology developed by Fujifilm Media Crest.

First, polycarbonate resin is separated as raw material from used CDs and DVDs. After removing foreign bodies and changing the raw material into pellets, the material can then be used to manufacture CDs and DVDs again. When this process is compared to using only virgin polycarbonate resin, the CO2 emissions during manufacturing can be reduced by up to 45%. In the future, the company aims to manufacture recycled optical discs by collecting obsolete CDs and DVDs from Fujifilm's own factories, as well as used CDs and DVDs collected from customers and clients (after strict data control).