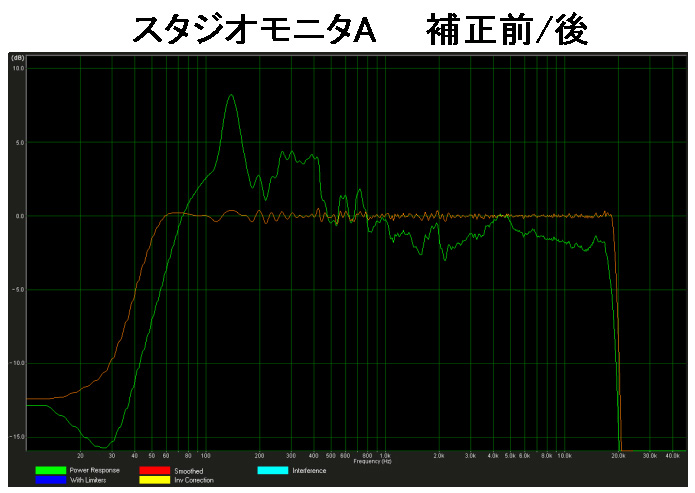 With the APEQ-2pro 4,096-band power equalizer, made possible by CONEQ - the world's first acoustic-power equalizing technology - as its workhorse product, Real Sound Lab Japan is focusing its effort on expanding into the Japanese audio market. A revolutionary new product correcting speaker characteristics so that the original sound can be reproduced with unbounded accuracy, the APEQ-2pro will surely make its mark within the sound-reinforcement industry in this country. Why not visit the company's booth at this year's Inter BEE to see this cutting-edge power equalizer for yourself?

n・Developer of remarkable acoustic-power equalizing technology, CONEQ
Established in June 2008, Real Sound Lab Japan is the Japanese arm of Latvian company Real Sound Lab. According to President Eiji Asahi, "Latvia is known around the world as a leader in the research of sound-reinforcement technologies, and against this backdrop, Real Sound Lab was able to successfully develop CONEQ as the first ever technology for acoustic-power equalization. Although many sound-reinforcement professionals in Japan are still unaware of this revolutionary solution, the establishment of a Japanese subsidiary provides a perfect opportunity to rectify this situation; accordingly, we are about to embark on a vigorous program of promotion in order to elevate awareness levels."
Derived from the term "convolution equalizer", CONEQ is a unique technology that uses proprietary Real Sound Lab algorithms to measure and analyze the acoustic-power frequency characteristics of speakers. In the past, equalization techniques involved measurement and analysis of sound-pressure frequency characteristics at a single point directly in front of the speaker and relied heavily on the subjective experience of sound-reinforcement engineers for accurate correction. In contrast, CONEQ allows sound pressure to be precisely measured on a virtual surface encompassing the front face of a speaker, and based on the data obtained, characteristics can be corrected objectively in line with achievable acoustic power. Thanks to this approach, it is possible to make extremely fine adjustments to compensate for linear distortion in speakers' amplitude, phase, and time alignment.

n・Measurement of speaker frequency at 400 points; super-fine adjustment in 4,096 frequency bands
Real Sound Lab have now commercialized this CONEQ technology through development of the world's first 4,096-band, acoustic-power equalizer - the APEQ-2pro (Acoustic Power EQualizer). This product can measure frequencies at approximately 400 different points on the front of a speaker and make ultra-fine corrections in each of 4,096 frequency bands in order to realize a highly-flat acoustic power characteristic. As a result, speakers can be made to reproduce sound extremely faithfully, regardless of system configuration or mounting positions. As the APEQ-2pro is also able to fully compensate for discrepancies in phase and time alignment caused by speaker characteristics, the sound of the human voice can be reproduced with remarkable clarity, and in addition, the punch and presence of reproduced sound can also be considerably enhanced.
One potential application of the APEQ-2pro is in monitor correction at audio and TV mastering studios. Using monitor speakers equalized with an APEQ-2pro, a studio engineer can perform mastering based on speaker output that is practically identical to the original recorded sound, and thus, can provide listeners with a finished product that sounds exactly as originally intended. Furthermore, if this product were to be used in the adjustment of speaker arrays at either indoor or outdoor concerts, not only could acoustic-power frequency characteristics be optimized, but it would also be possible to fully correct any discrepancy in phase or time alignment existing between individual speakers, greatly reducing the likelihood of unwanted feedback. Mr. Asahi also told us that "in Europe and the United States, this solution is already being put to use in a wide range of settings such as monitoring at recording, video production, and broadcasting studios, in addition to sound reinforcement in concert venues, movie theatres, and a host of public facilities. We are currently performing demonstrations at studios all over Japan, where the product is being very well received."

n・Technology licenses for consumer electronics and highly-faithful sound reproduction
In addition to promoting the APEQ-2pro for professional applications, Real Sound Lab Japan also plays a major role is the marketing of CONEQ licenses to the Japanese manufacturers who lead the global consumer-electronics industry. From flat-screen TVs and PCs to high-end home audio systems, CONEQ technology can be integrated into a host of different consumer electronic products. And thanks to the perfectly flat acoustic-power characteristic realized by this technology, compatible products can reproduce audio that is practically indistinguishable from the original sound.
One section of the company's booth at Inter BEE 2008 will be devoted to the demonstration of actual acoustic-power equalization using CONEQ. After comparing the sound before and after equalization, the marked difference should be clear to all. As the equalized speaker output can reproduce vocal or instrument tracks recorded in the studio as accurately as the position in which the musician was standing or sitting, one almost gets the sense of being surrounded by the band members as they perform. What's more, the company also plans to have a number of different speaker types available at their booth so that pre- and post-equalization output can be compared. Real Sound Lab Japan hopes that, as a result of this demonstration, visitors will come to appreciate how the complete correction of characteristics through acoustic-power equalization makes it possible for all speakers to reproduce sound with the same high level of accuracy. We expect the booth to be a major attraction for audio industry professionals at this year's show.