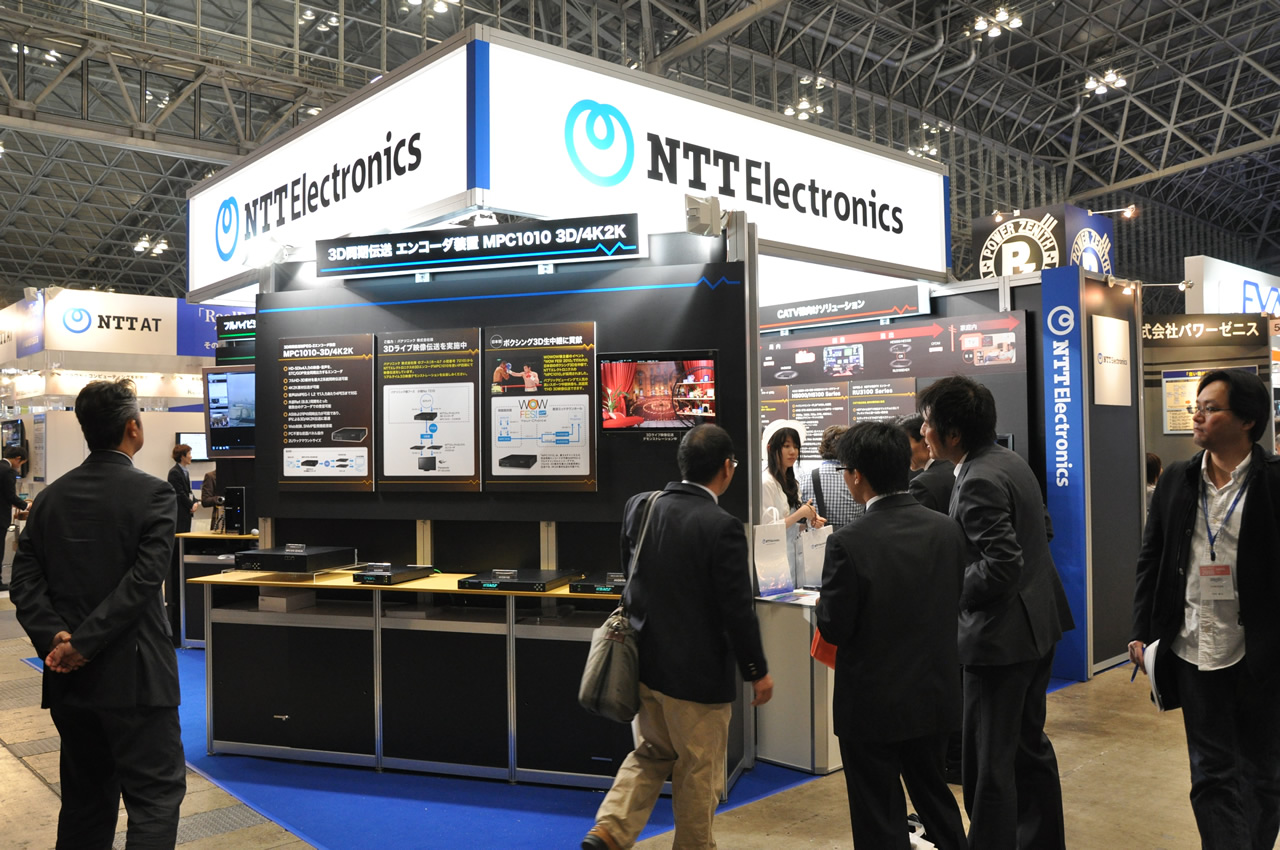 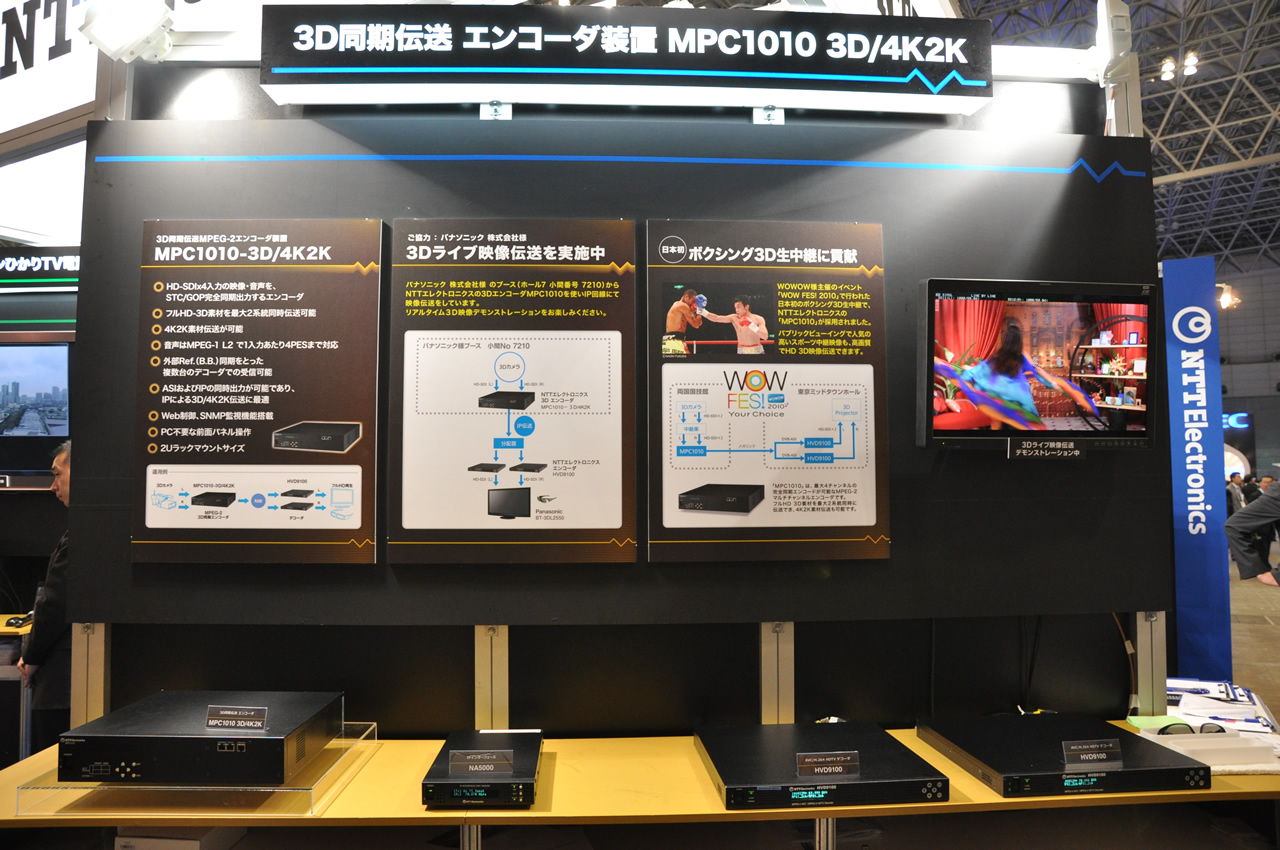 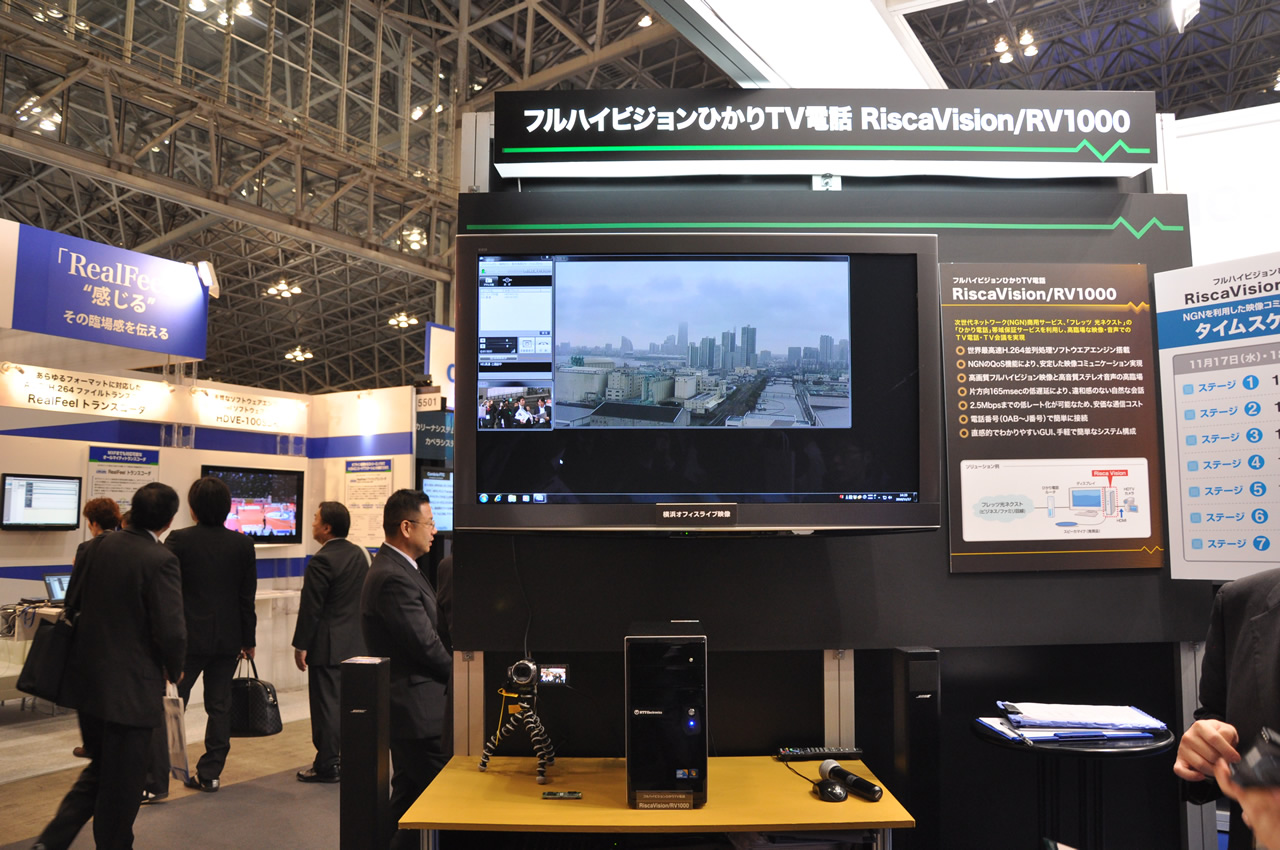 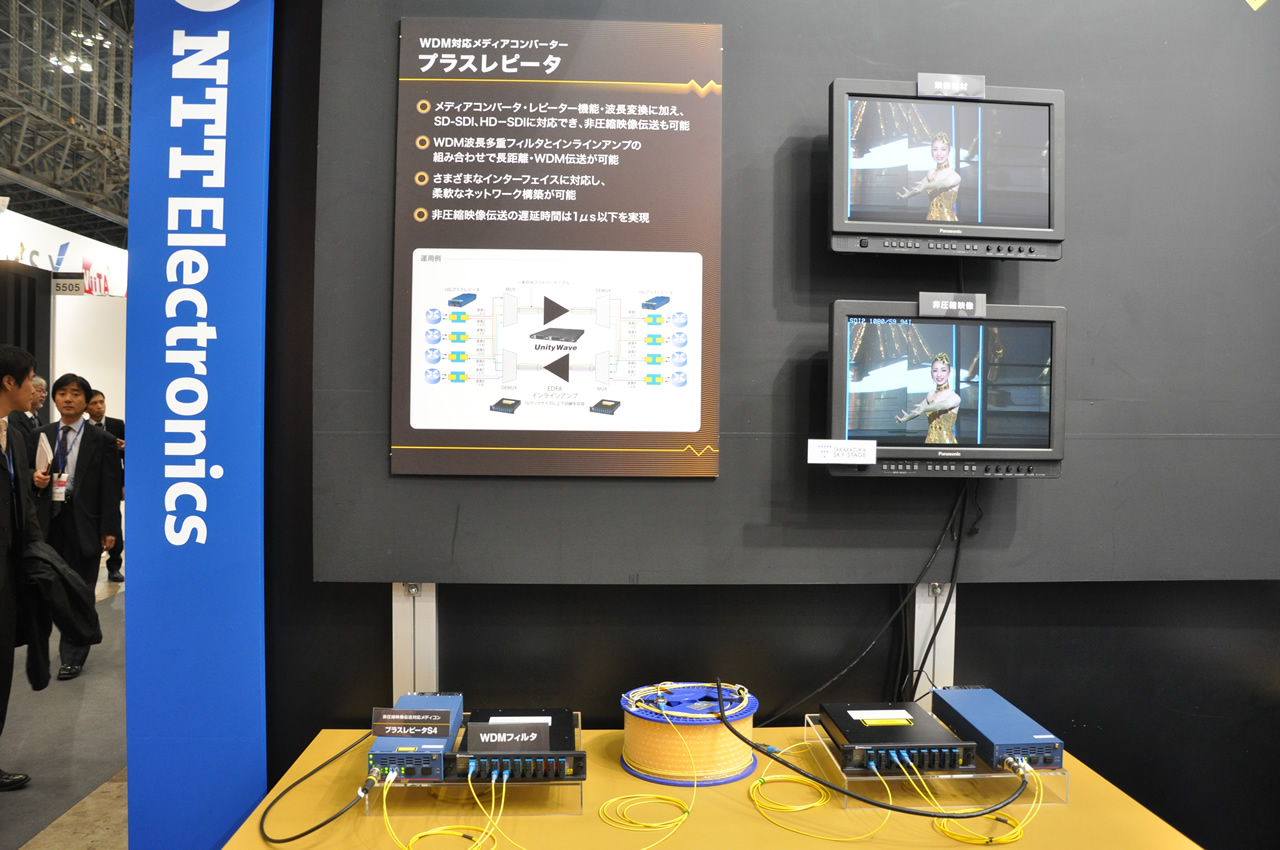 Having gone on sale in October 2010 in the North American market, the MPC1010-3D/4K2K MPEG-2 multi-channel encoder was shown for the first time in Japan at Inter BEE 2010, and NTT Electronics demonstrated 3D image transmission using this device.

The NTT Electronics booth featured a full HD 3D demonstration on a 3D TV using 3D images recorded with a 3D camera. And in the Panasonic booth (#7210), these images were multiplexed by this device into a single MPEG 2-TS and transmitted to the NTT Electronics booth as IP over optical fiber, which was then received by the company's NA 5000 IP interface, where the left and right eye HD-SDI signal was decoded by two of their HVD9100 AVC/H.264 HDTV decoders.

The device also features four HD/SD-SDI inputs systems, one NTS analog input system, one ASI output from each encoder, and two systems for 2- or 4-channel multiplexed ASI output with one IP output system.

HD-SDI for the left and right 3-D camera images are compressed to MPEG-2, multiplexed as single MPEG 2-TS, and transmitted as TS over IP. Mineharu Kato, NTT Third Division Director, Product Development Dept., Multimedia Design Digital Video Electronics Division, described the highlights of the product by saying, "The main feature is the synchronizing function for all video inputs and in addition to GOP synchronization for streams, the device synchronizes frames by superimposing time data."

Regarding sales in Japan, Mr. Kato went on to say that the device is scheduled for release in January 2011 and is expected to sell for about JPY 1.5 million.

Announced and released for sale on November 9th, 2010, the RiscaVision RV1000 is an NGN-compatible fiber-optic TV/telephone that NTT Electronics presented as a live demonstration using actual NGN lines to connect the company's Yokohama base with Makuhari Messe, the exhibition venue.

This device utilizes the RISCA264-HD software engine for H.264 parallel processing, which was developed by NTT Cyber Communications Laboratories.
Using technologies to ensure bandwidths for NGN optical telephony and with very stable, high-quality audiovisual characteristics, this device is a full high vision optic TV and telephone system that enhances video communications. The system utilizes a Windows 7 PC installed with a video capture board for HDMI input, in addition to HDMI or DVI output.

And Fumio Sugihara, NTT Marketing Business Strategy Office, Electronics Digital Video Business Group, stated that since it uses the H.264 software engine (encoder/decoder engine), the CPU in the PC must be at least the Intel(R) Core(TM) i7 95 Series or higher.

Mr. Sugihara promoted the system by saying, "The primary selling point of this system is its ability to transmit high vision and guarantee bandwidth on the NGN. We would like to see it used for event broadcasting across NGN lines."

What's more, WDM transmission is possible in combination with IP signals. Capable of a transmission range of up to 80 to 120 km, Hiroki Takagi, SE Technical Manager of NTT Electronics BB Systems Device Dept., Safety Network Division, stated that, "This device realizes long-range connection without the need for relaying thanks to a booster amp". Mr. Takagi went on further to say, "These devices are also used by cable TV operators to transmit between stations."

As for technologies related to CAN businesses, the company also exhibited its reputable HV9100 Series AVC/H.264 HDTV/SDTV encoder/decoder used for Olympic and World Cup broadcasts, and the HE5100 Series MPEG-2 encoder that is popular with broadcasters all over the world.