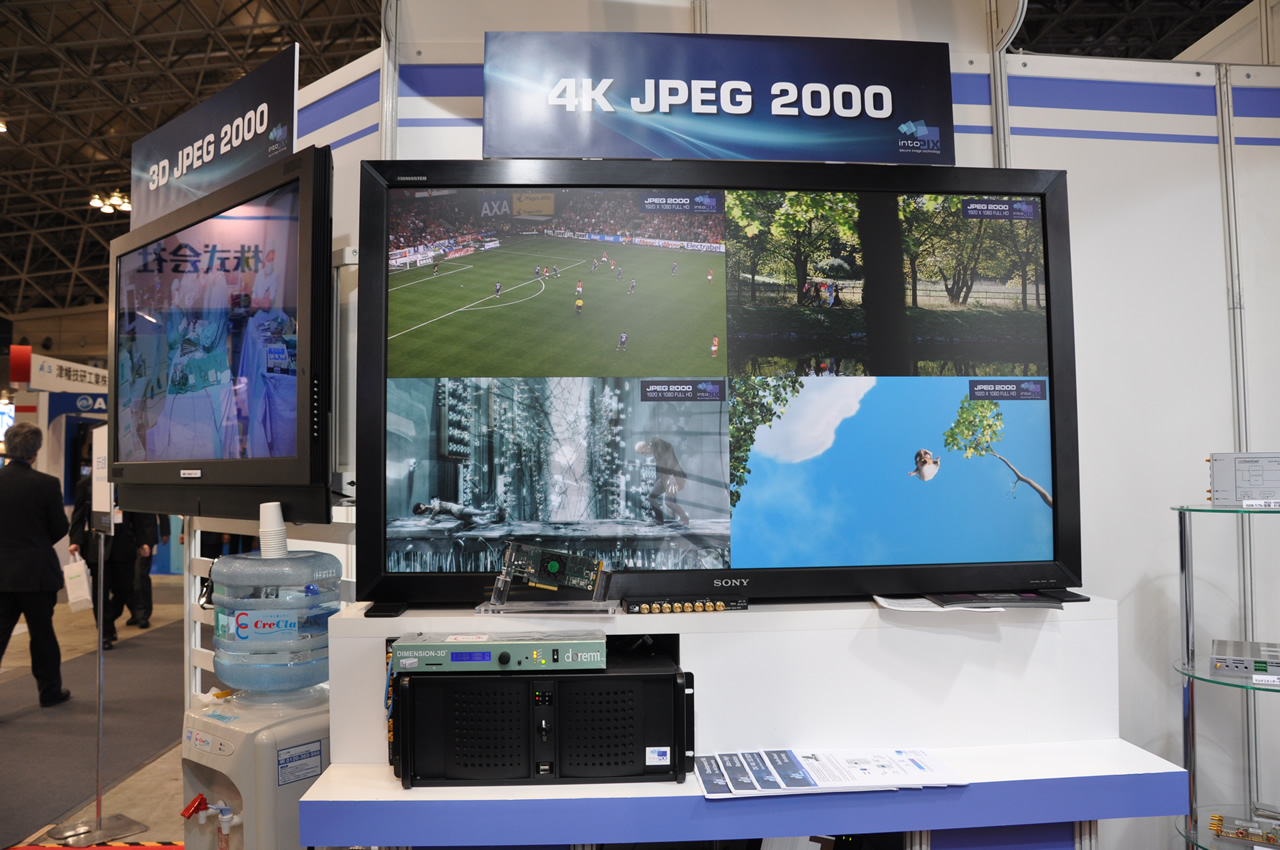 The JPEG 2000 encoder/decoder IP core for 4K resolution is a Xilinx single FPGA chip optimized with Virtex 5RFPGA technology, complies with the Digital Cinema Initiative (DCI), and supports frame rates up to 96 fps and bit rates up to 500 Mbps. The Pristine JPEG 2000 4K board used in the 3D video demonstration is a PCI Express board with 3G-SDI/HD-SDI4 output.

Concerning the superiority of JPEG 2000, Michael van Dorpe, who is both the president of Island intoPix and the president of Village Island, Ltd., explained "since this is frame-by-frame compression, it can achieve video expression that is friendly to the human eye".

About the solutions envisioned with the 4K resolution JPEG 2000 IP core, he said "we are thinking that it will be used for digital cinema, broadcasts, medicine, and in outer space-related applications".