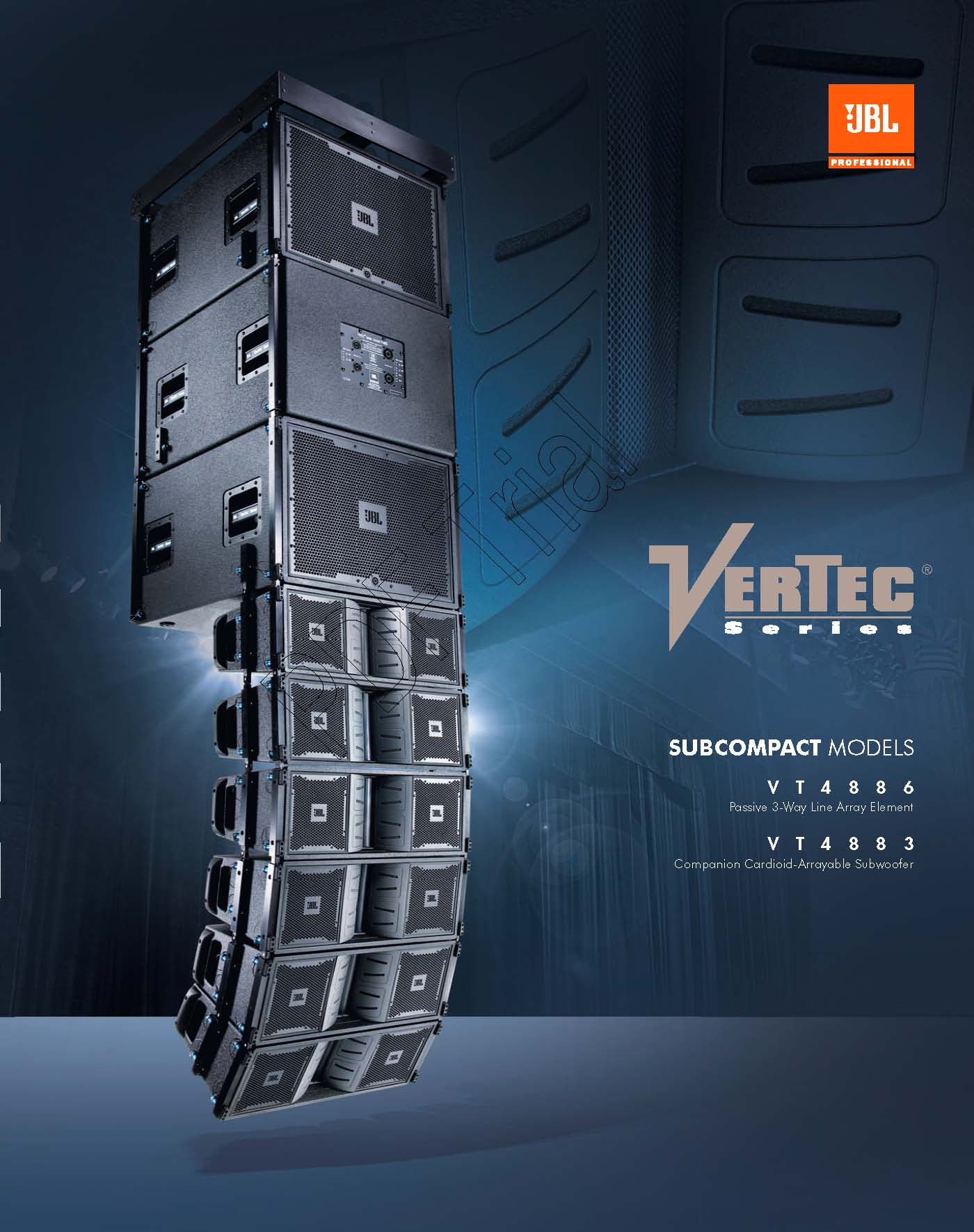 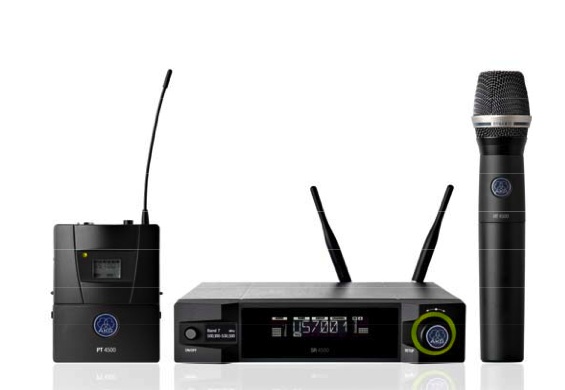 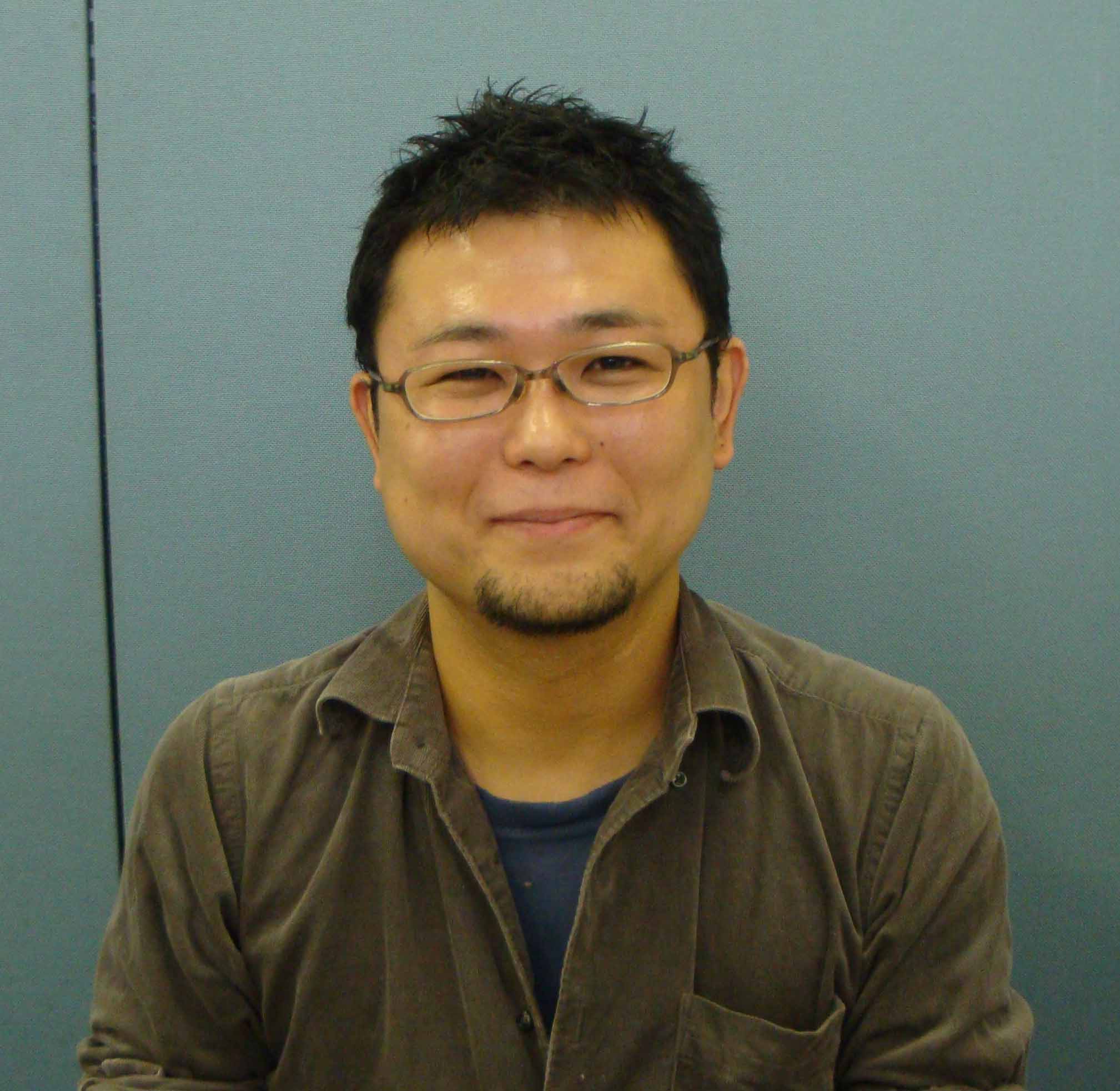 Hibino Corporation is exhibiting together with Hibino Intersound Corporation and Studer Japan Broadcast Ltd.
Hibino is introducing a new lineup of products including those from the Harman Pro Group such as JBL, PROFESSIONAL, AKG, and dbx, as well as Shure ― a global leader in microphones, and Studer ― a console brand that has an international reputation for reliability amongst broadcasters.

The main exhibited products are as follows:

The new models are made more compact, yet with higher output, and with new circuitry to ensure that the sound reaches target areas. The VT4886 is at the vanguard of the series belonging in a relatively smaller size group. Larger models from this series will be announced in the future. The VT4886 is designed for use in medium to large sized halls, and able to support a range of applications with its various installation possibilities.


Announcement of new column type CBT series
In addition to exhibiting its existing Control Series embedded speakers that are used in stores and conference rooms, JBL is also exhibiting its new CBT series fixed speakers for use in auditoriums, school gymnasiums, and conference rooms. Despite being compact in size and low-profile, these speakers are designed so that sound reaches the furthest corners of the room. They use a column configuration in which drivers are arrayed in a straight line, in order that sound is not diffused. Installation taking into account room configuration ensures full transmission of sound. These will be launched at Inter BEE.


Exhibit of Soundcraft's even smaller Si Series, the new Si1
British console manufacturer Soundcraft is exhibiting the Si1, a new addition to their Si Series all-in-one digital mixing console products. The Si3 was exhibited last year, but the Si1 features an even more compact design, while retaining the same the number of busses and other processing capabilities of the Si3. Being an all-in-one type means that it is compact and does not need a rack. Consoles can be used on their own, and are suited towards small and medium live house events.

Kazuhiro Oodaira from the Professional Sales Marketing Team in Hibino's Pro Audio Sales Division talked about some features of the Si series.
"Because consoles tend to be used in the dark in live houses and concerts, they need to be usable in such conditions. Digital consoles are compact, and individual switches tend to have multiple functions. Therefore, it is important that the user interface is preset to output saved data. A major selling point of the Si Series are the LED lamps located beneath the faders that can changes to 7 colors, letting the user make decisions depending on the switch status. It also has an interface that enables easy output of preset data, which is suited to live houses".


Demonstration of devices compatible with the HiQnet wireless device management system
The new WMS4500 wireless system from AKG is their analog wireless system flagship model, which offers wireless transmission of the signal from the microphone in concerts and meetings. The WMS4500 can be managed from the HiQnet wireless device management system proposed by Harman International. HiQnet is compatible with a range of products, including JBL speakers, and DriveRack 4800 from Harman Group company dbx.

"Normally when multiple wireless equipment are used in live venues, each of these is configured separately, and care has to take into account avoiding interference. Use of HiQnet compatible products will allow monitoring of input meters and output meters for multiple devices on the same screen. This monitors the wireless signals, simplifying the assignment of empty channels".

In other words, the whole sound system can be managed from a single piece of software. This capability for integrated management of the audio system is a strength of the Harman Group. In the future, even mid-range products will support HiQnet" (Oodaira)

At the venue, visitors can listen to the sound of a selected speaker as wall-mounted JBL fixed speakers and CBT series speakers are networked together in the background, using a processor by dbx.

Microphone system supporting wireless connection of up to 39 channels simultaneously

Shure is exhibiting a range of new products.
One of these is the UHF-R MW, a microphone system capable of supporting wireless connection of up to 39 channels simultaneously. In live music and TV specials in which multiple microphones are used, up until now there has been a limit to the number of wireless channels that could be employed, meaning that it was wise to use wired microphones. However, these can now all be switched over to wireless microphones.

Shure's professional use headphones are garnering particular attention.
Kazuhiro Oodaira commented on the new Shure headphones. "Shure has been a world leader in the development of microphones, and the company possesses a wealth of knowledge in the area. They have also provided high-quality in-ear monitoring systems used by artists on live stages. The company's expertise and technology have been adopted in the new headphones".

Features include "attention to comfort, stability, and no sound leakage, and they also pay close attention to sound quality. They feature separate drivers for high-range, mid-range, and low-range sound, giving high resolution sound in each of these ranges". (Oodaira)
In addition to the entry, standard, and high-end model headphones, Shure is also releasing a DJ model.

Also being exhibited is Shure's X2u audio interface. Connecting the microphone enables direct transfer of collected sound to the PC over USB.


New on the scene ― the new SD8-24 model, inheriting the functions of DiGiCo's top-line compact SD8 digital console
DiGiCo's SD8 digital console was released last year, combining the top-line functionality of the SD7, in a more compact package at a lower price, and this product has made a big impact in Japan.

DiGiCo is known worldwide as a digital console manufacturer. The SD7 has high redundancy, and its power supply and processors incorporate the functionality of two consoles, and as such, it is optimized for usage in live events and broadcasting. It is popular as a live console amongst European performers, and is used by famous artists on world tours.

This booth will exhibit the SD8-24, the new addition to the SD8 lineup.
The SD8-24 is the compact version of the SD-8, and while being a little under a meter in width, incorporates 60 stereo channels, with 24 stereo busses. Providing the multi-band compressor, dynamic equalizer, and other top-grade signal processing functions of the top-level SD7 is also available as an option.

Release of the APOLLO mixing console with support for 1000 channels, responding to the move to multi-channel environments in broadcasting
CALREC has released a new series, the APOLLO broadcast digital mixing console. DSP Bluefin that is incorporated in Alpha, Omega, and other existing consoles has functionality that supports 500 channels at 48 kHz but APOLLO features a new chip called Bluefin2 with support for 1000 channels.
"There is increasingly a move to multi-channel environments in broadcast locations, with requirements for very high numbers of channels. APOLLO features the latest technologies and functionality to support these environments." (Oodaira)