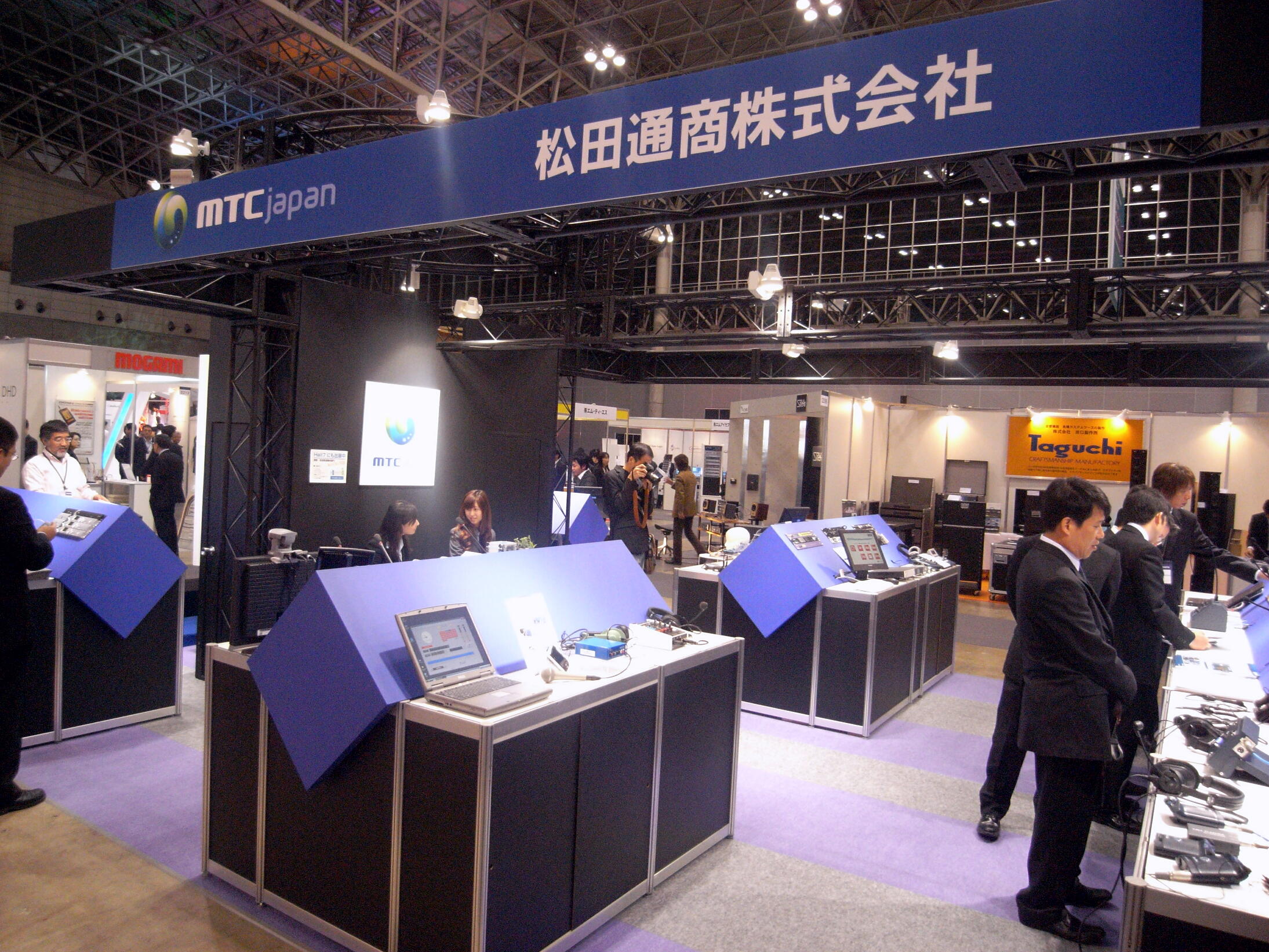 The transition to digital and IP broadcasting has resulted in an increase in the development of new products during the last few years, even voice transmission equipment is being switched to IP-based. At this year's Inter BEE, there were a large number exhibits related to these new products at various booths.

During the previous Inter BEE, a range of IP codec products were exhibited by a number of manufacturers but 2008 has seen devices that are more compact than those offered last year. And one of these devices is a portable codec from the German manufacturer MAYAH, and it can be seen at the Matsuda Trading Co. Ltd. booth.

The Flashman II portable codec has compact dimensions of 200mm X 150mm, and is designed to enhance portability.

When positioned within a LAN environment, the Flashman II can be used to transmit audio over an IP network as it incorporates both MIC IN and LINE IN ports in a compact body to enable reporting by direct connection to a microphone, without the need to go through a mixer. This also helps to support wireless LANs, making it unnecessary to bring large amounts of equipment to news-gathering locations and this means that a single reporter can adequately cover events for highly adaptable news gathering and broadcasting. Additionally, the built-in SD card slot means it can be used as a stand-alone recorder that is simply designed yet offers a sturdy feel. MAYAH has also released its Sporty model, which is more advanced than the "Flashman II" and while it has somewhat larger dimensions, it still offers optimum portability.

While supporting IP, it also supports existing ISDN and because it also supports 3G mobile phones, it is very convenient for outside reports. With 2 MIC inputs as well as 2 LINE inputs, user-friendliness has been further enhanced. Both products have been released in Japan for only one week now and these IP codecs also offer the additional advantage of low circuit costs, and are expected to soon become mainstream products. A weak point of codecs is said to be their delay but at present, a range of new codecs is being released to the market including those with ultra-low delays. IP networks are gradually increasing and can be used anywhere in the same way as with mobile phones, meaning that thanks to their increased performance, there may no longer be a need for outside broadcast vans to have large antennas.


[Inter BEE News Center]
Photo: The Matsuda Trading Co. Ltd. booth, where the company is exhibiting in halls 2 and 7.