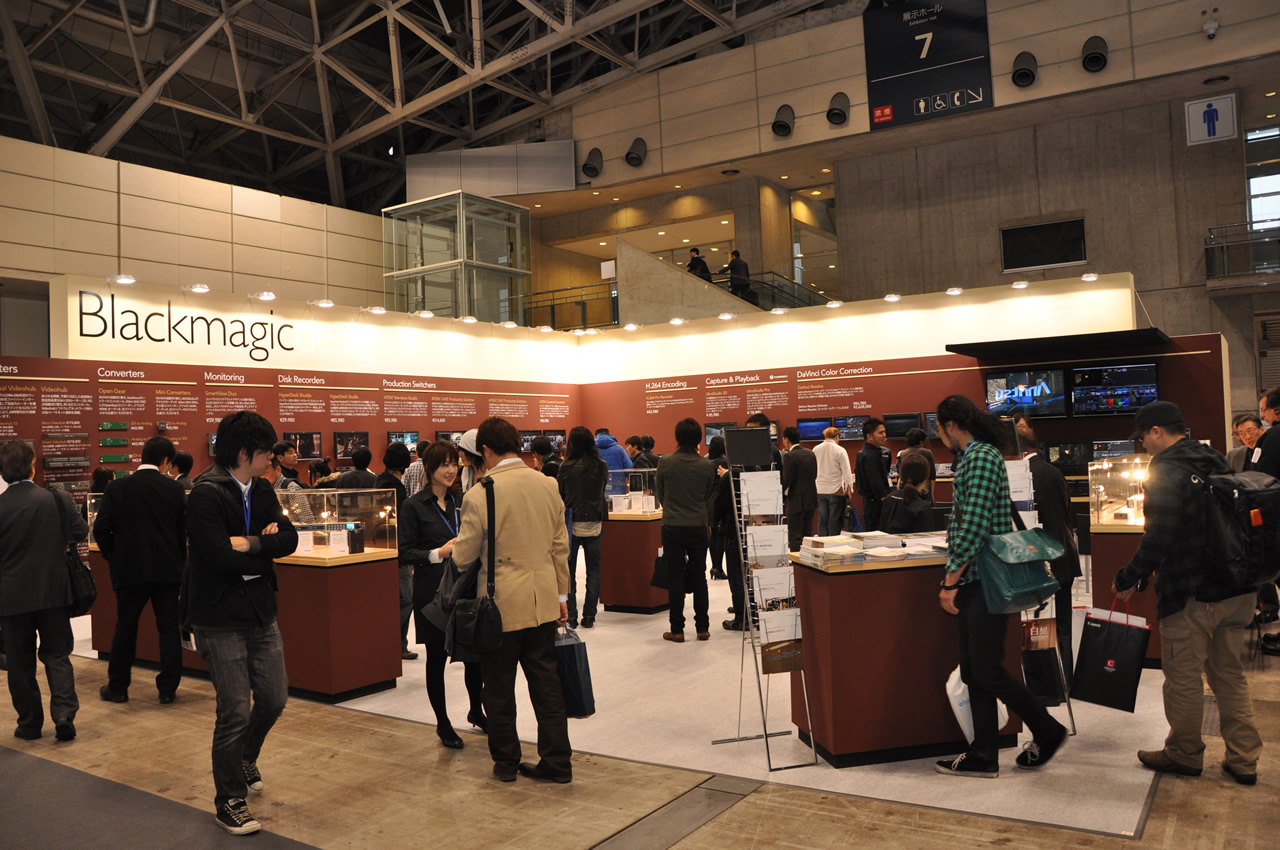 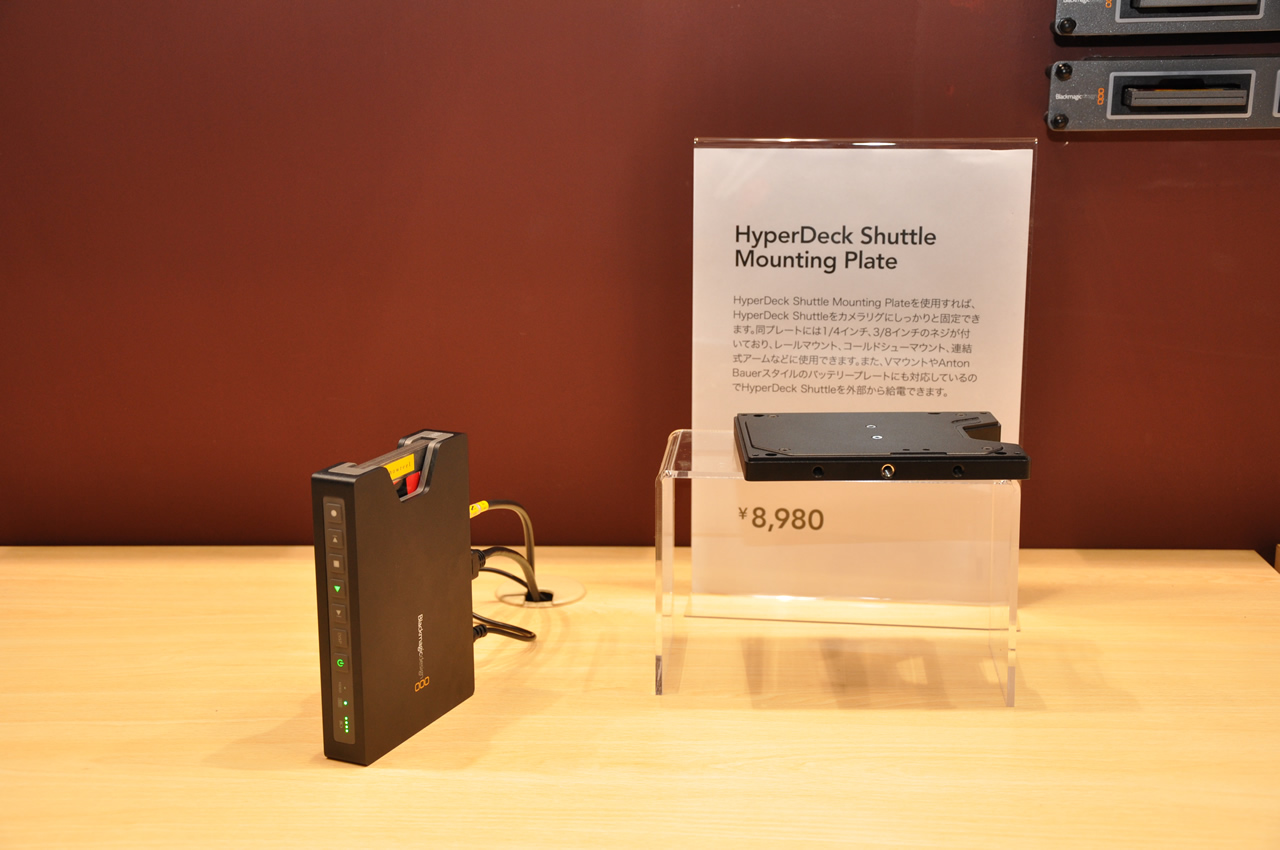 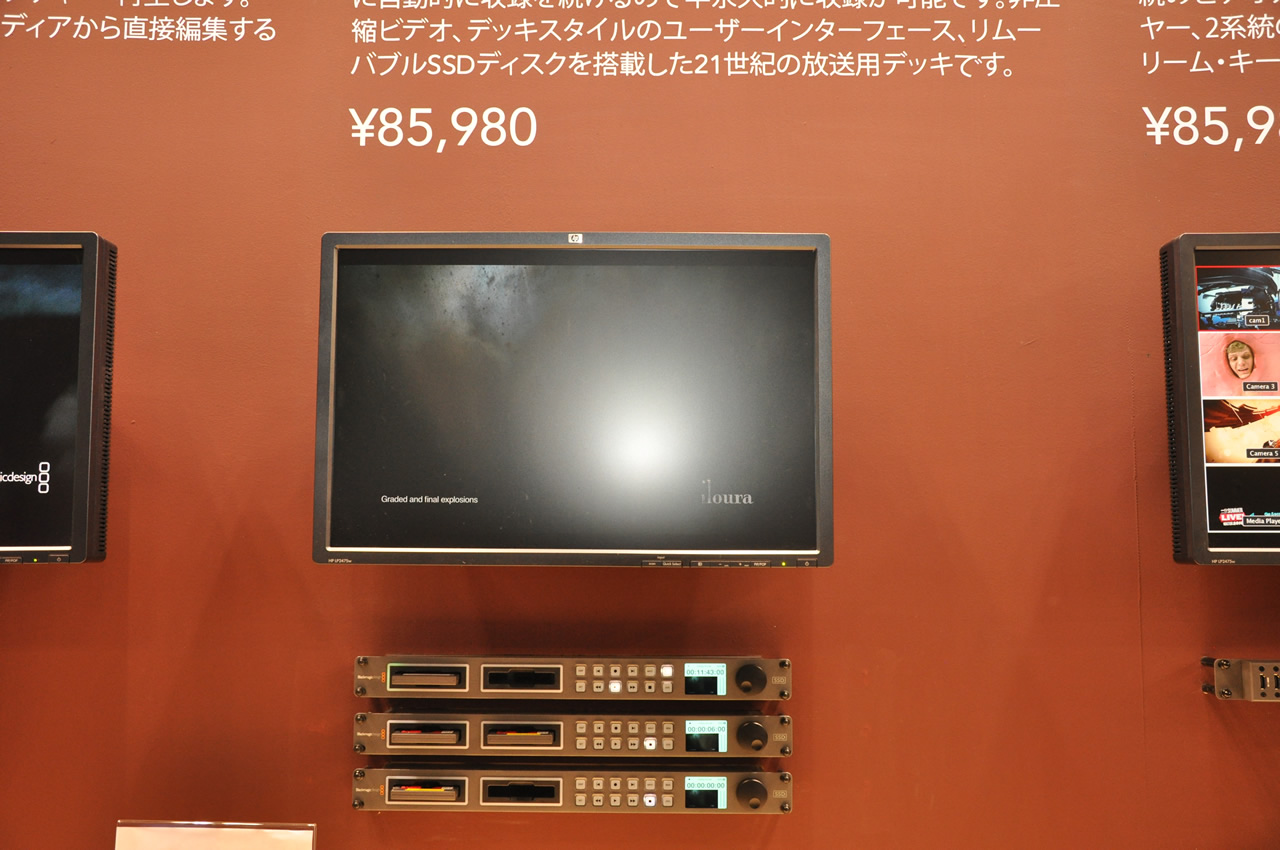 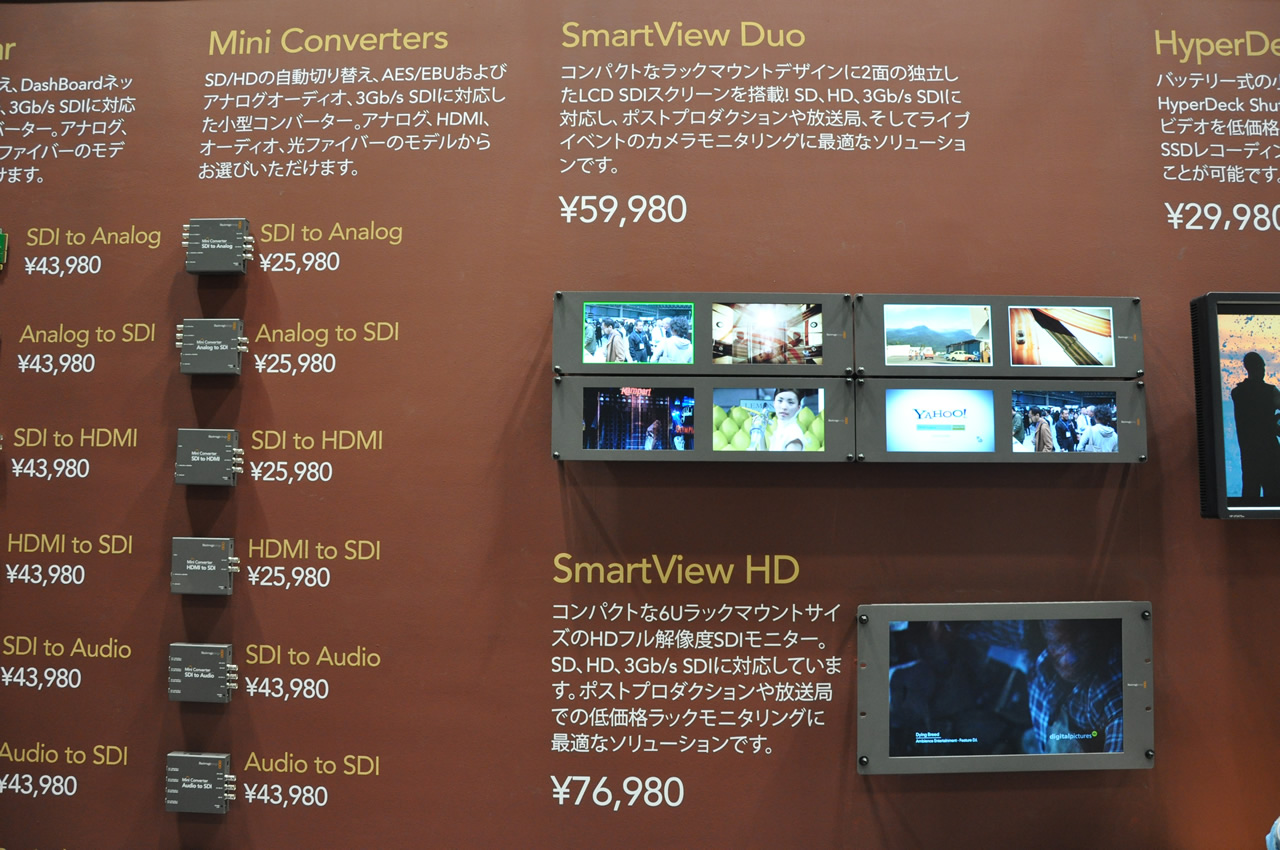 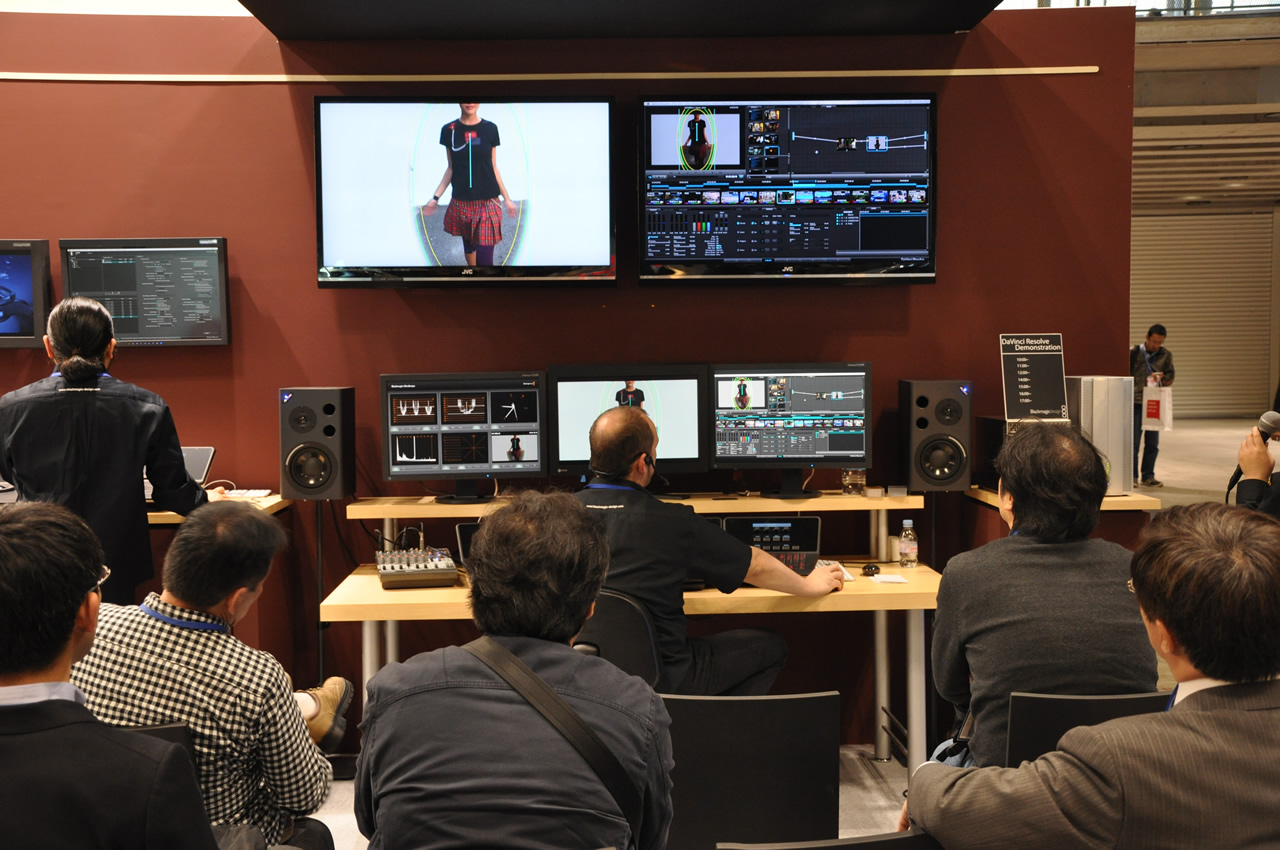 At the Inter BEE2011, currently being held at the Makuhari Messe convention center, Blackmagic Design is exhibiting two of its new products which it announced at this year's NAB and IBC. This includes a new SSD disk recorder called the "HyperDeck Shuttle" as well as a new 17" rack-mountable LCD monitor, called the "SmartView HD."

At this year's NAB Show, Blackmagic Design announced two products: the SSD disk recorder "HyperDeck Shuttle", and the "HyperDeck Studio," a broadcast recorder that is equipped with two SSD slots. Both of these items are currently on display. Recording demonstrations are being conducted at the company's booth.

A staff member explained, however, that when playing back the content recorded on the SSD with the "HyperDeck Studio," there is currently no capability for continuous, uninterrupted playback from the first to the second disk after the first disk's contents are finished. He did say, however, that "support for automatic cutover during playback will be considered in the future."

Announced during September's IBC 2011 event, the "SmartView HD," a 17" LCD rack-mount monitor, and the "SmartView Duo," a compact, SDI rack monitoring system equipped with dual 8" LCD screens are on display. These products are scheduled to arrive in Japan during the 4th quarter of 2011. At 6U, the "SmartView HD" is rack-mountable, and capable of full HD resolution video monitoring with SD/HD/3Gb/s SDI video on a 17" screen. The "SmartView Duo" is rack mountable at 3U, with dual 8" screens that let you do full HD resolution video monitoring with SD/HD/3Gb/s SDI video, and assuming you want to use with live broadcasting, there are three tally borders (red, green, and blue) that give the functionality of a tally lamp. Sachiko Arai, Senior Marketing Manager for Blackmagic Design, says that "we hope that people will use this product by combining it with a switch or attach it to a portable monitoring rack, so they can do field pickup."

Additionally, there are a new line of ATEM production switchers, including the "ATEM 2 M/E Broadcast Panel," and the "ATEM 2 M/E Production Switcher," which offers 16 simultaneous inputs. According to Mr. Oda of Digital Egg Inc., demos are being conducted of the "DaVinci Resolve," a digital color correction solution.