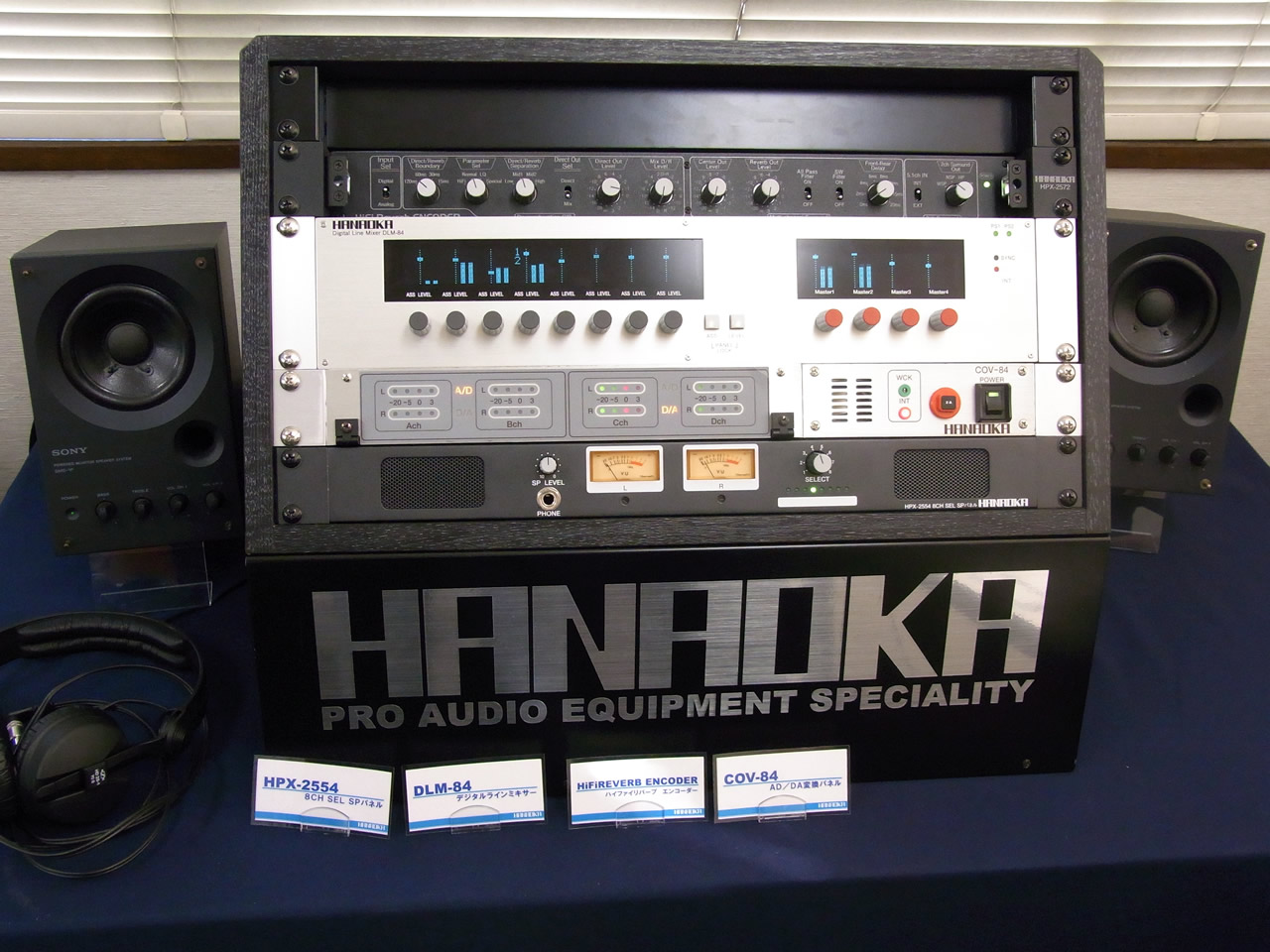 ■ Demonstration of HiFiREVERB ENCODER with system configurations based on actual usage

In addition to HiFiREVERB ENCODER, new products including the DLM-84 digital line mixer and the PA-6H compact receiver monitor will also be on display.