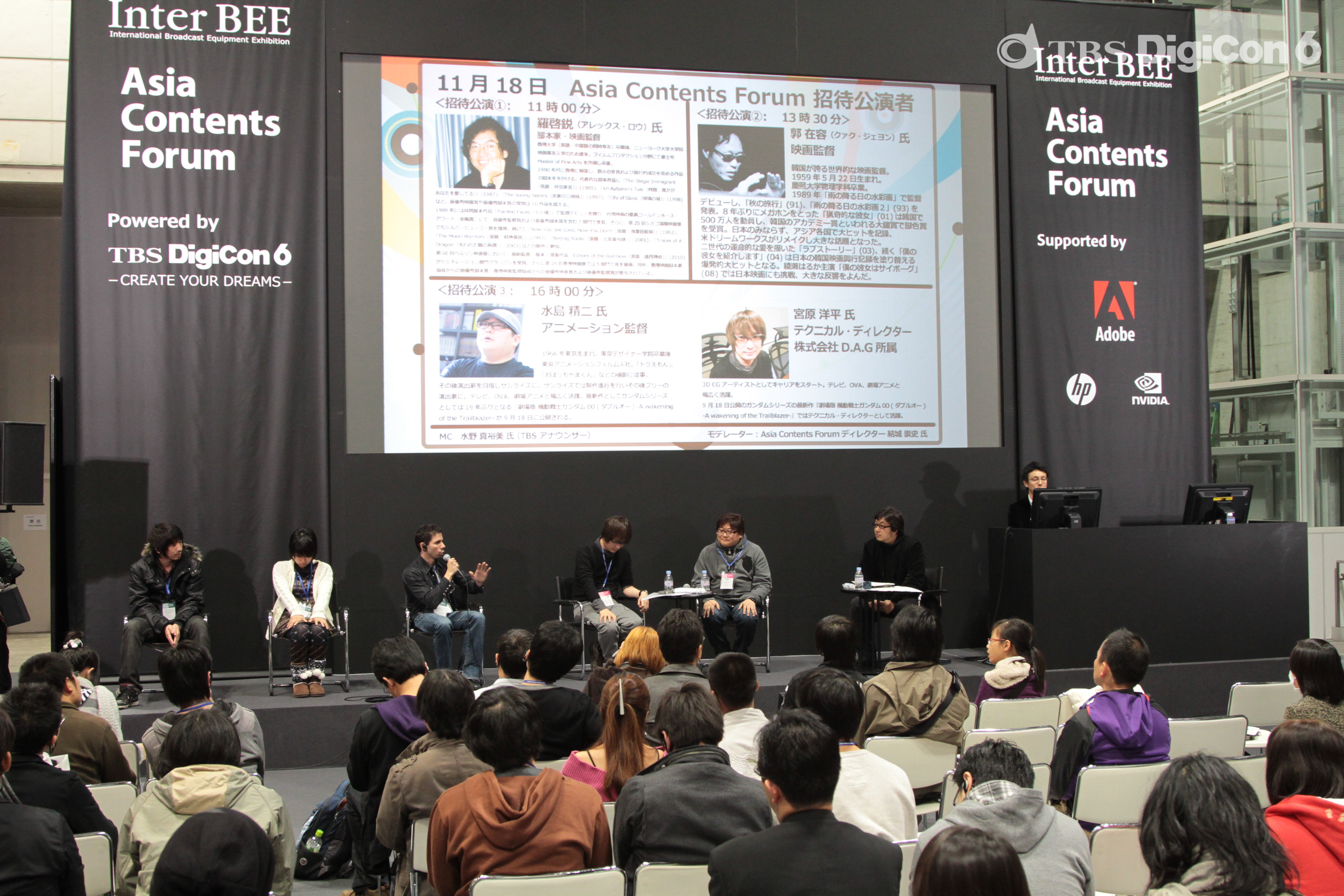 On Thursday, Nov. 18th, TBS DigiCon6 held a discussion session at the Asia Contents Forum Booth (Booth #7101) at Inter BEE 2010, held in Makiharu Messe (Chiba), welcoming as guests some of Asia's top creators, such as the director of "My Sassy Girl".


■ A talk about production by some of Asia's top
creators plus interface with young producers.
TBS started TBS DigiCon6 in 2000 with the objective of "Finding and developing creators" for the digital age. It is now Asia's largest scale movie contest and is held in 10 regions of Asia. The best productions in each region are selected and the productions for awards are selected at the "TBS DigiCon6 Awards", which is an international gathering.

This time, at the Inter BEE 2010 Asia Contents Forum booth, DigiCon6 held three discussion sessions as collaborative projects with some of Asia's top creators. Alex Law the director of "Echoes of the Rainbow", Kwak Jae-yong the director of the original Korean "My Sassy Girl", and Seiji Mizushima the director and Yohei Miyahara the technical director of Mobile Suit Gundam 00 took to the speakers platform and conversed about their own content production stance and the production environment and also shared their thoughts on the Asian market, future prospects, etc.

In the second half of each session, the creators of the Grand Prix productions from the 9 Asian regions other than Japan received comments on their creations from the top creators. Plans are to continue demonstrations and introductions of actual examples related to content production in this booth until the final day.

The TBS DigiCon6 Awards ceremony, which is an international convention is scheduled for 18:00-20:30 on Friday November 19 at the Tokyo Maru Building Hall. (Attendance at the ceremony is free of charge and is open to all.) The awards ceremony for the Japanese domestic convention will be held in the meeting hall at the same time. Special DVDs of all the nominated productions will be distributed to all participants.