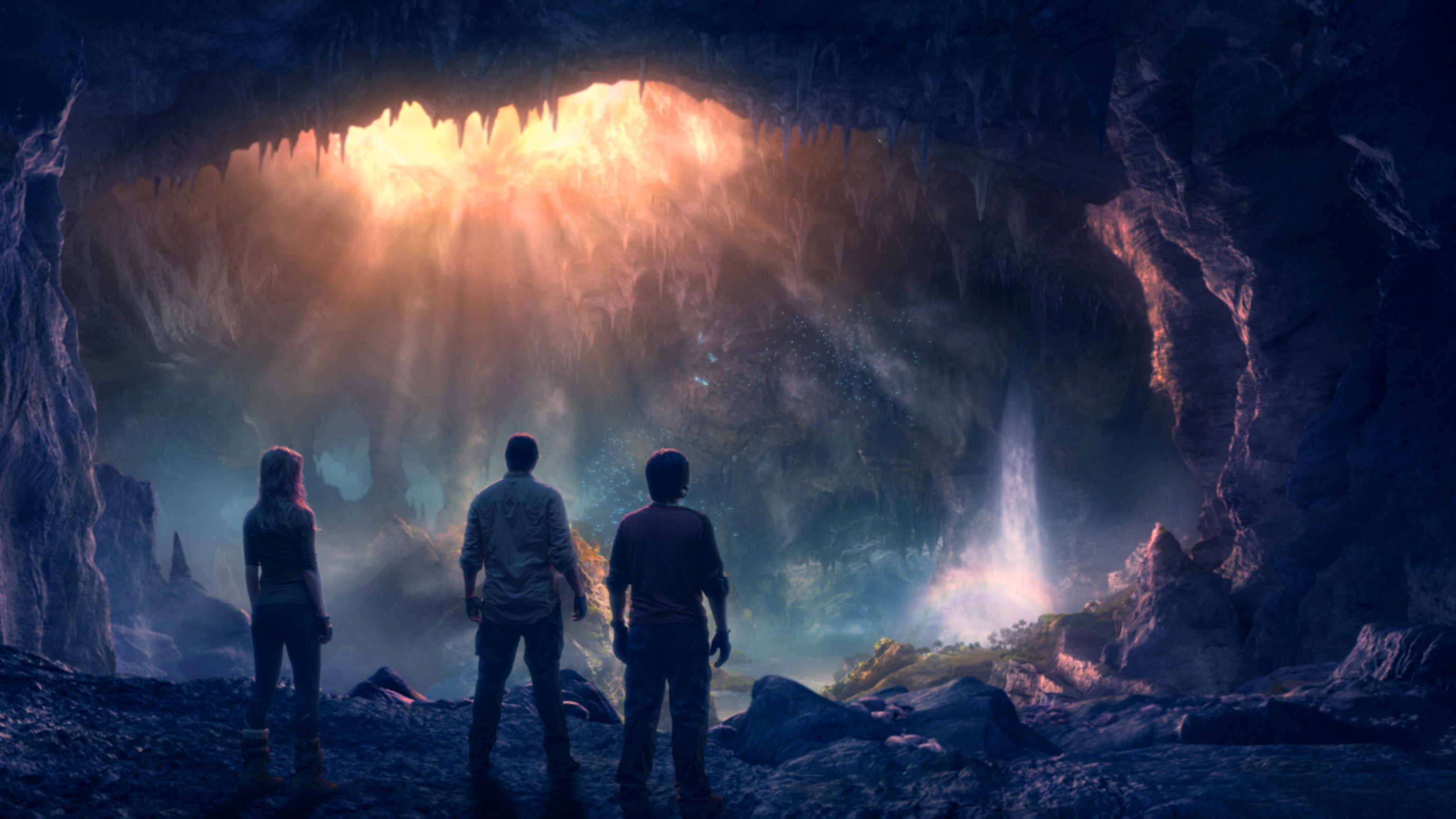 'Journey to the center of the earth' - in 3D

It is the big screen directorial debut of Academy Award-winning visual effects veteran Eric Brevig. Eric introduced the movie and led a question and answer session after the screening; together with Richard Welsh from Dolby - who supplied the 3D presentation system.

Journey to the Center of the Earth - in 3D is a thrill ride that puts a contemporary twist on Jules Verne's original novel. In this family adventure three explorers plunge into a strange new realm deep beneath the earth's surface where they embark on an amazing voyage and find awe-inspiring sights amidst grave danger.

This epic adventure includes spectacular photo real environments and revolutionary new film making techniques that will take you directly into the heart of our heroes' voyage, bringing you along for the ride.

"Taking Jules Verne's well known novel and developing it into an up to date story with new characters, using modern technology was a tremendously exciting opportunity," says Eric Brevig, Director. "My goal with this film was to capture the spirit of adventure, discovery and belief that anything is possible."

Journey to the Center of the Earth - in 3D was screened at the IBC2008 D-Cinema.

[Inter BEE News Center]
Photo 1: 'Journey to the center of the earth' - in 3D