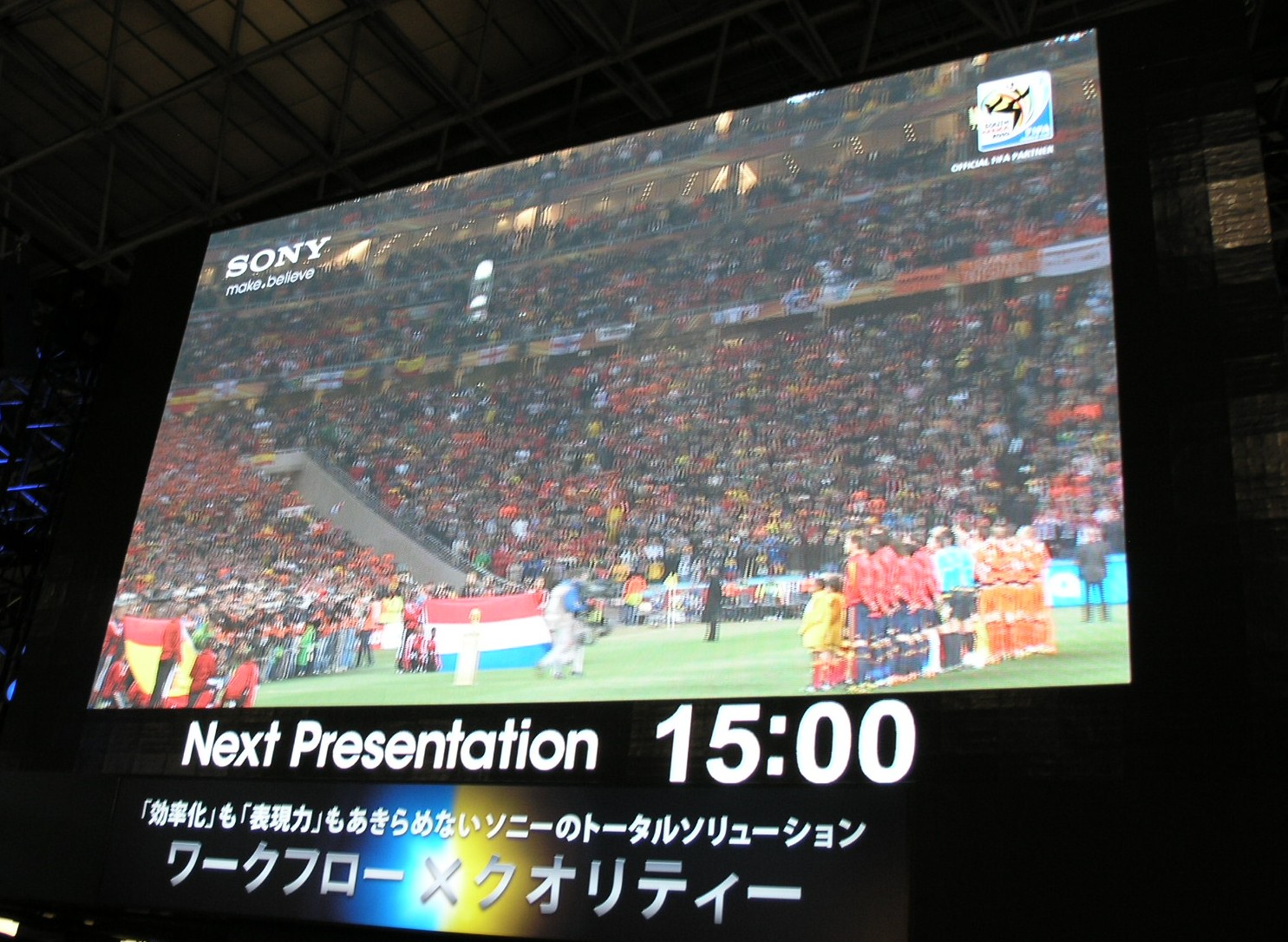 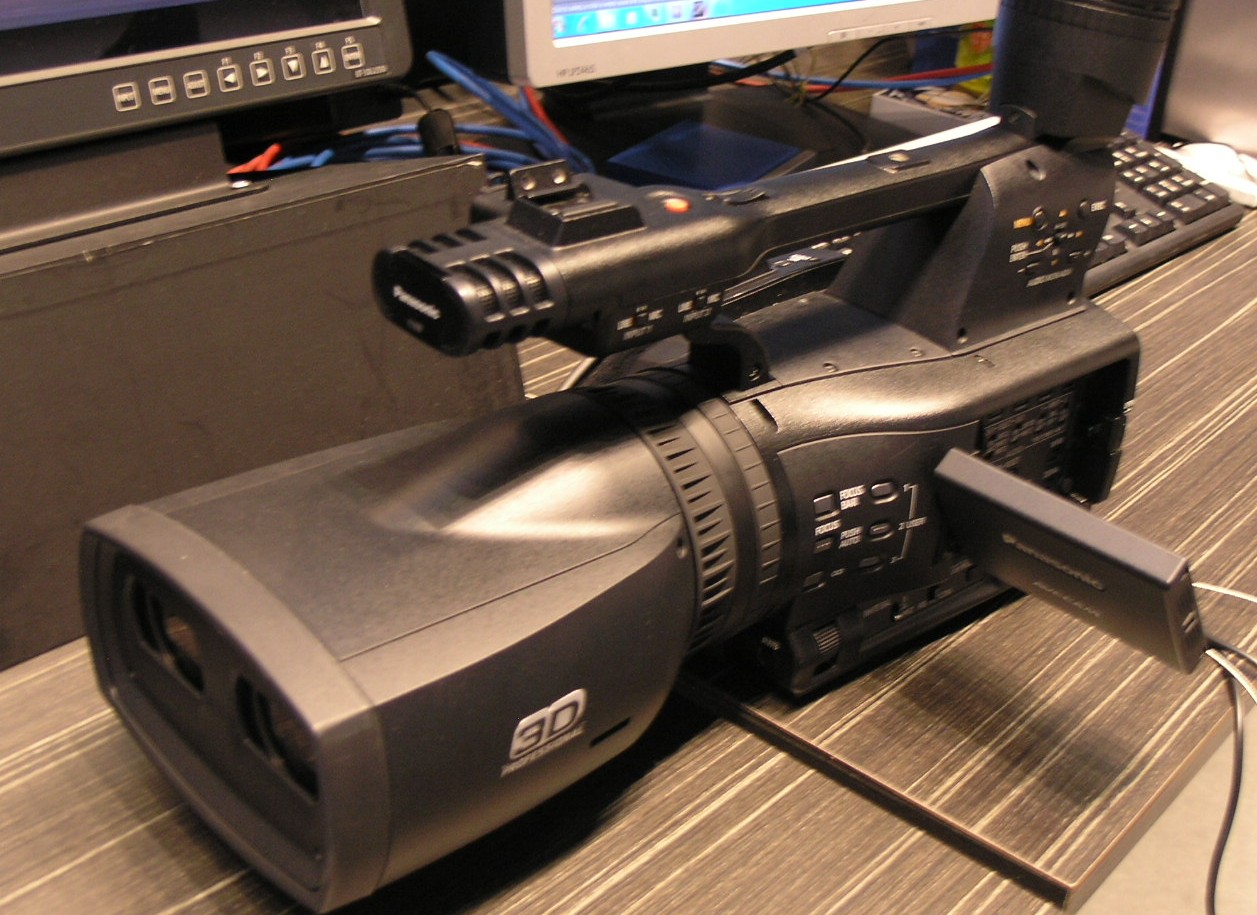 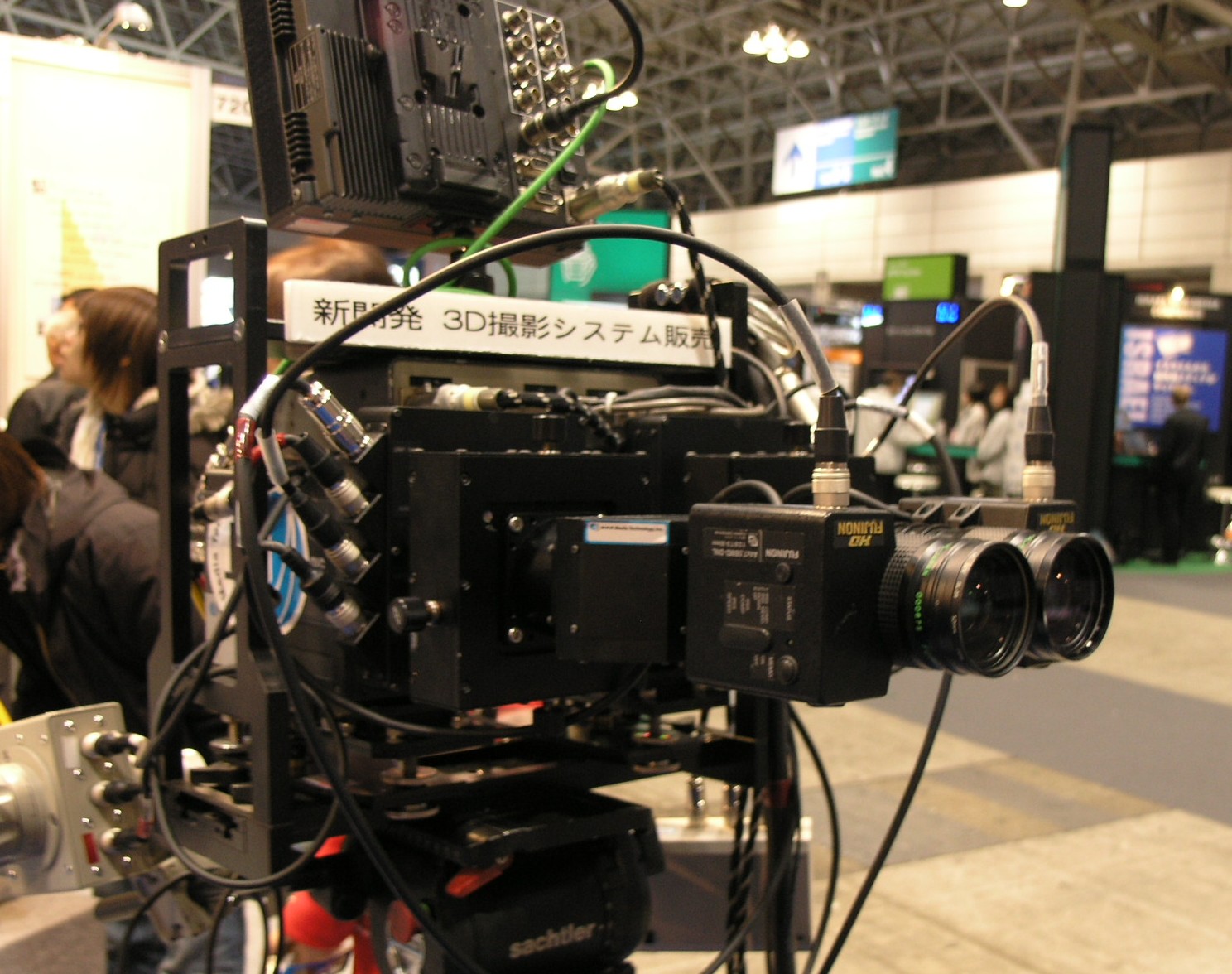 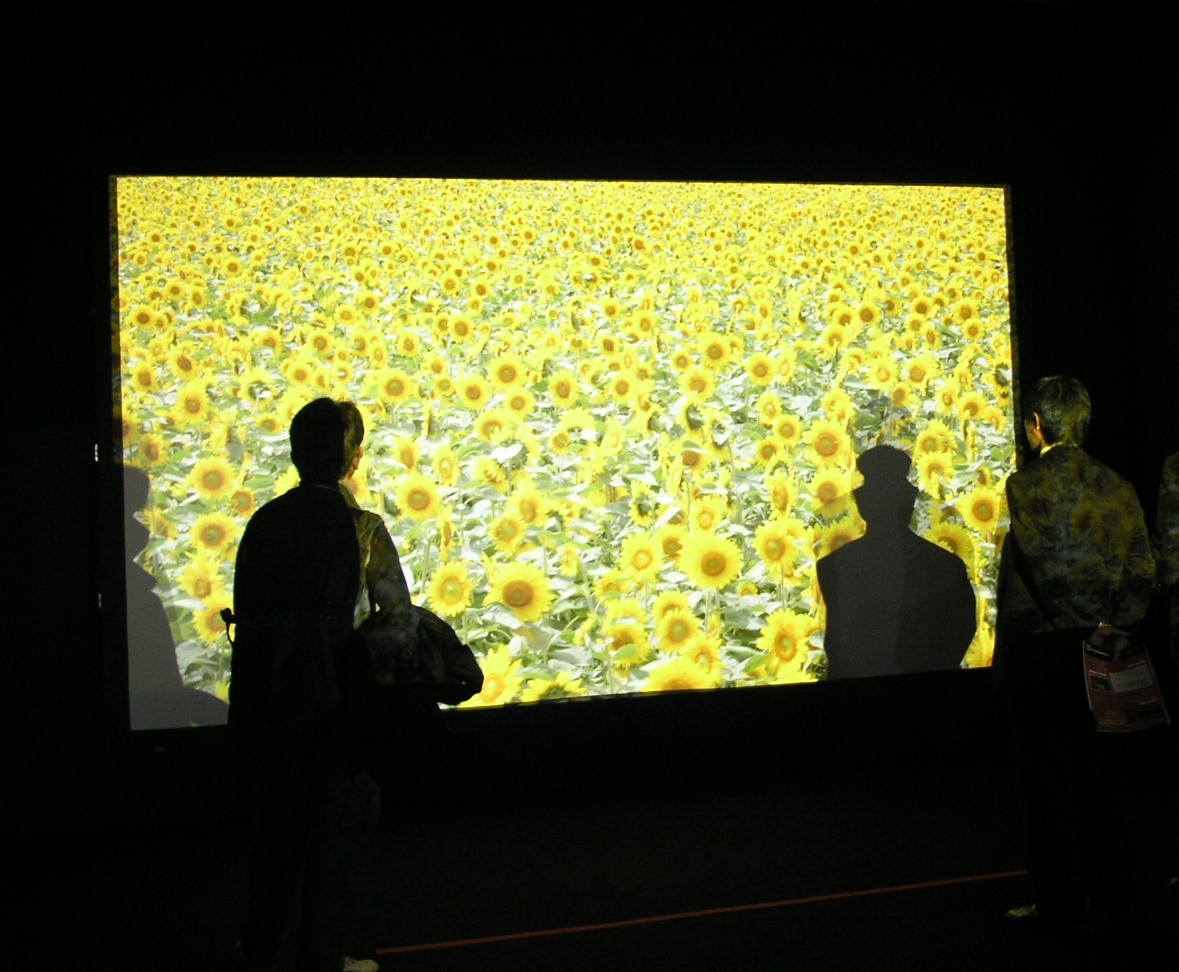 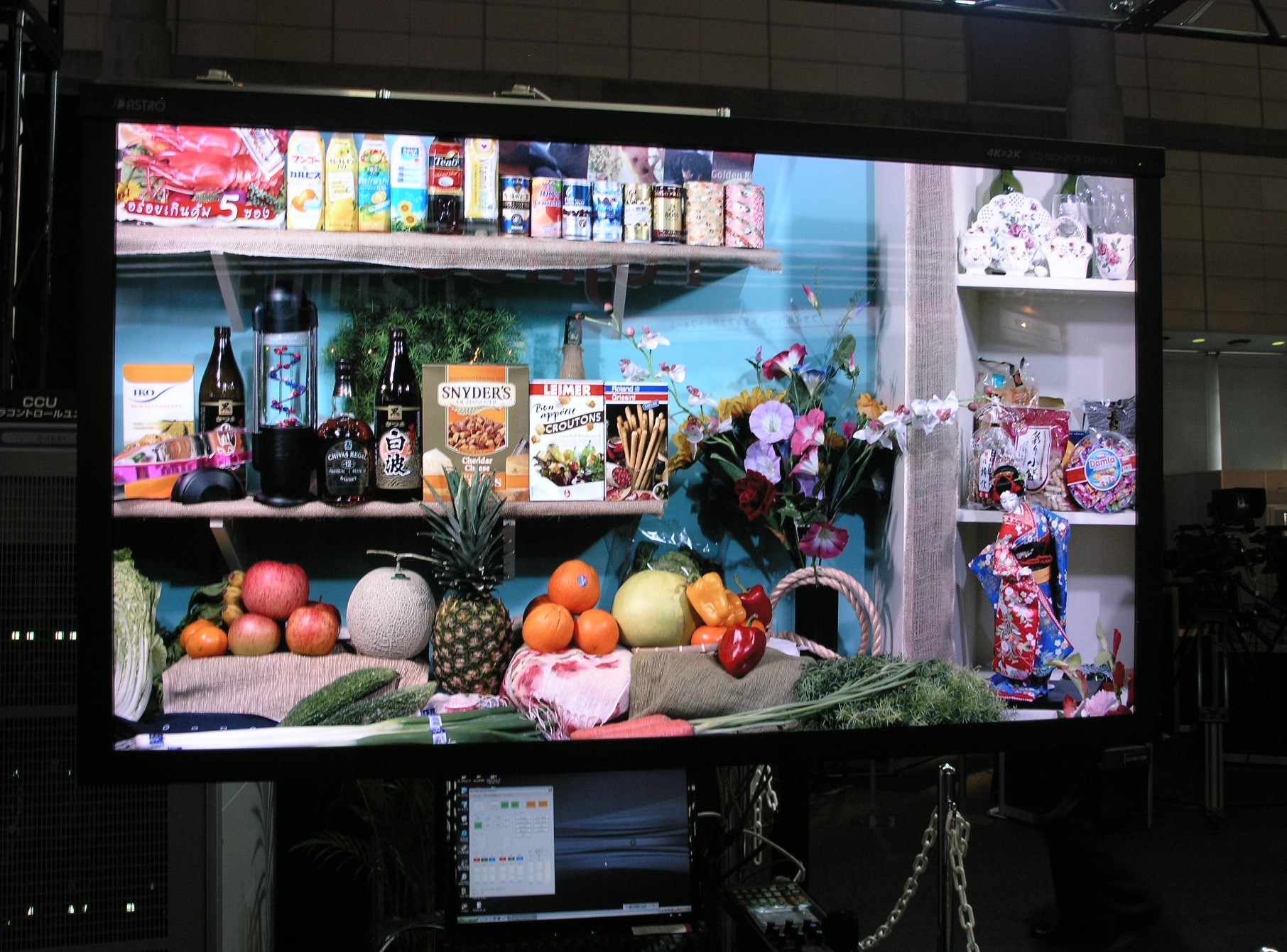 These 4 articles have so far given a general overview the Inter BEE exhibition and the events within it, and the most recent trends in camera and production system technologies. This article discusses trends in video monitors and displays designed for the consistency of monitoring and projection required with the advances in high-quality imaging, the big topics in 3D technologies that symbolize the first year of 3D, and next-generation video media, Super Hi-Vision (SHV).

High-quality, high-performance monitoring and display equipment is becoming even more important as high-quality content such as digital Hi-Vision movies and so forth become more and more prolific. A lot of energy is being invested in developing the successors to the old CRT video monitoring equipment that served for so many decades and is no longer manufactured. As a company with a proven track record in the video monitoring field, Ikegami presented a variety of full-HD multi-format models based on the company's wide viewing angle, high-luminosity, high-contrast LCD panels that feature good color reproducibility and motion response characteristics. Sony presented their range of RGB LED direct precision backlight models that maintain stability and demonstrate excellent evenness in white coloration through a wide color range and high-resolution, high-gradation characteristics. Again this year, Sony also presented their organic EL monitors, which have progressed even further down the track of development. With its thin profile, lightweight, excellent black and color reproducibility, good responsiveness and high contrast giving good visibility in bright environments, this self-illuminating display technology is already being deployed in camera viewfinders. For comparison, Sony lined up a 7.4-inch 960 x 540 pixel model next to CRT and LED displays of the same size.

FET Japan garnered attention after a two-year absence with their FED (Field Emission Display), a completely different type of video monitoring system. In this technology, there is an electron emission source for each pixel. The electrons strike a fluorescent material, which is excited and emits light. This allows for a thin profile display with good black reproducibility, high peak luminosity and low afterglow that gives superior response and blur-free video. As well as all these advanced characteristics, the technology is energy-saving since there is no backlight required. The exhibit featured a 19.2-inch(SXGA: 1280 x 960) model, and although a 26-inch screen would be needed for full-HD with the same pixel pitch, the company is surging ahead with developments. Because of the promise of this technology to replace CRT equipment used as master monitors in production facilities, it was also on display in the Ikegami and Astro Design booths.

In recent years digital cinema has become an established entrant at the NAB and CEATEC exhibitions, and a range of exhibits featuring 4K high-definition cameras and displays, encoding, recording and transmission technologies could also be seen at Inter BEE, and since this year has been dubbed "the first year of 3D", a wide range of fascinating 3D video related exhibits were presented by all companies.

As one of the pillars of their business strategy, Sony presented their symbolic "3D World" exhibit featuring a giant 300 inch LED display at the front of their booth, which the company used to display live images of the vibe at the venue shot with a 3D camera, as well as images promoting their exhibits. As a multi-elemental consisting of 3 mm thick LED panels joined together, the device features circularly polarized filters inverting each line on the surface of the panel to deliver a striking 3D image that viewers could enjoy with circularly polarized glasses. Sony's rich exhibition also included the 3D LED monitor "LUMA", 2-D to 3D conversion systems, video processing and editing systems, a large 3D camera rig consisting of two cameras, and a compact all-in-one shoulder pack camcorder.

NHK Media Technologies have been teaming up with NHK Science and Technology Research Laboratories since the 90's in pursuit of 3D Hi-Vision, and have developed a range of 3D technologies and products and methods, as well as producing a variety of 3D content. This year they chose Inter BEE as the venue to announce their independently developed lens shift adapter and convergence adapter. This simply-structured adapter is attached between the lens and the camera mount, and enables optical remote control for parallax angle adjustment, beam spacing and optical axis center between the cameras. With its good operability, this system offers high-quality, high-efficiency 3D content production with less fatigue. The FA system has been exhibited jointly with NHK-MT at CEATEC and other exhibitions in the past, but this time as an experiment, they presented graphic 3D images of open-heart surgery live in 3D Hi-Vision. The operation was shot at a hospital in Yamato city using 2 3D cameras, encoded for H.264 and transmitted to the Kobe International Exhibition Hall using the high-speed Internet WINDS satellite, with the whole grand production decoded onto 20 46-inch 3D LCD monitors at the venue. NHK-MT also exhibited production equipment such as the highly compact and useful 3D LR Composer and Side by Side Encoder/Decoder.

NTT Electronics conducted an experiment involving full-HD 3D video encoding in real-time with IP transmission. The company encoded the synchronized 2 L/R channels of the signal coming from the 3D camera in the Panasonic booth mentioned earlier, which was sent to the NTT Electronics booth, and decoded and displayed as a 3D image. WOWOW used this method for the 3D live broadcast of the boxing title fight held in Kokugikan in October. Quantel's exhibit focused on their 3D technologies, and the company demonstrated the latest version of the Pablo software used in production of James Cameron's Avatar, a movie that has been pivotal in triggering the current 3D boom. This software offers far more efficient workability and a greater level of completeness of production, since color grading can be previewed without the need for rendering, and users can adjust parallax, color differences and keystone distortion while watching both the left and right channels.

Also grabbing attention at Inter BEE were exhibits of what can be called the first Super Hi-Vision technologies. KDDI R&D labs offered their Beyond 3D TV exhibit presenting real-time transmission of 8K U-HDTV (SHV). In this presentation, KDDI used a 2-stack JVC 8K DILA projector to create images on a large 200-inch screen, using ultra high-definition, 60 frame 7680 x4320 pixel SHV video with KDDI's own high-compression encoding technology (H.264 expansion system) for 70 Mbps real-time compression, decoded through a compact decoder. In a different exhibit, the company presented an independently developed distribution system that reduces the required bandwidth for 3D free viewpoint video technology (FTV). FTV allows the viewer to freely select the viewpoint, for instance, video shot from down on the pitch or from up in the air at a sporting event broadcast from a large-space such as an open-air stadium. The presentation used video shot with a 4K camera that had been stored on a server, from which selected Hi-Vision frames were extracted and displayed on a large screen after being converted to 3D in real-time.