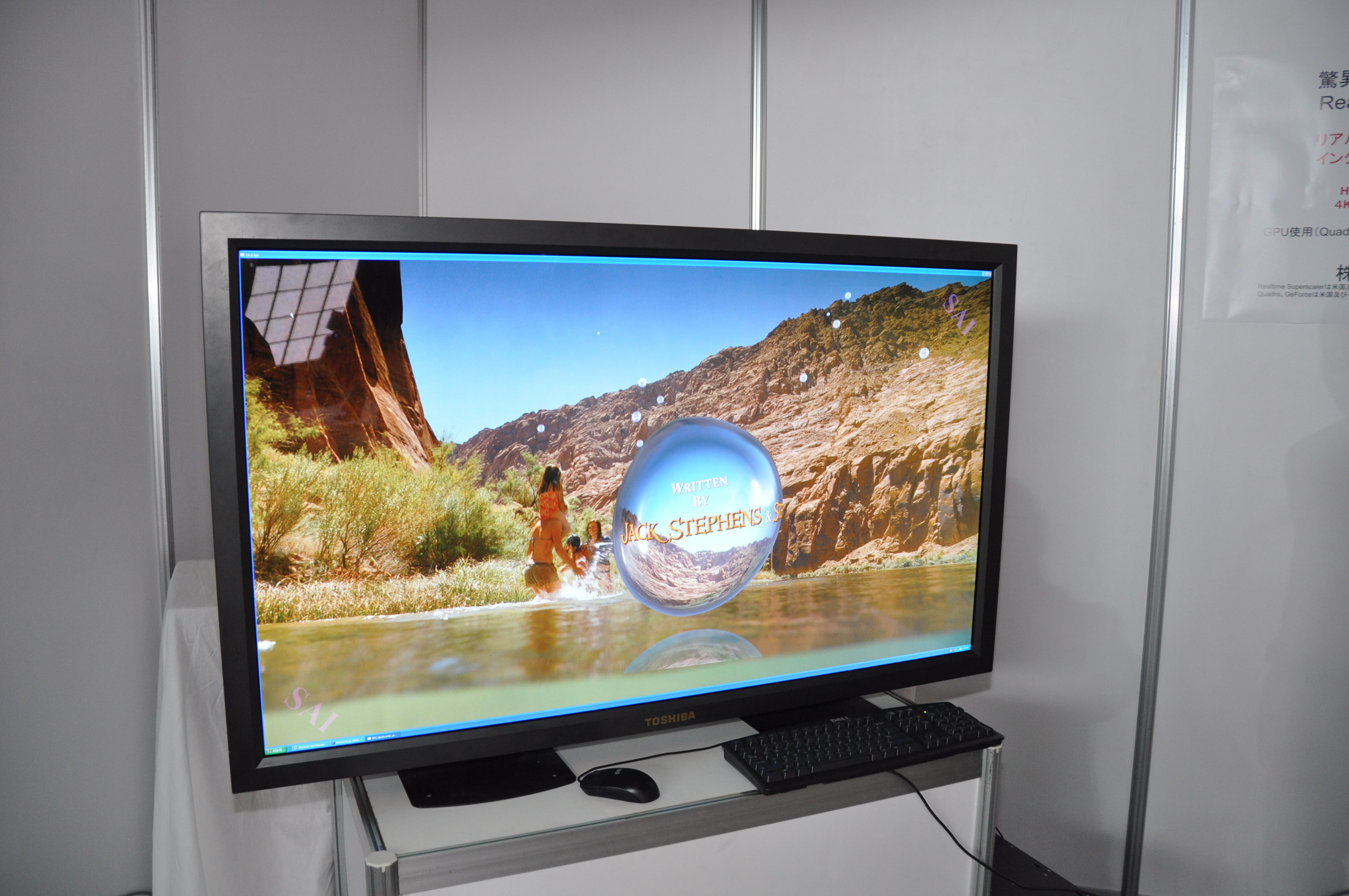 This processing does not only deal with spatial resolution (the number of pixels), but can also be applied to time resolution (frame rates), and is capable of simultaneously performing pixel number conversion and de-interlacing (I/P conversion).

Zaxel is also continuing with research into 24P to 48P conversion. Most of the actual examples of super-resolution use hardware processing because the mathematical computations involved are immense. Conversely, Zaxel's product stands out because it is a real-time software processing technology.

Zaxel was founded in 1998 by Prof. Norihisa Suzuki, who serves as the company's president. Zaxel President Norihisa Suzuki is a highly experienced computer architecture specialist having served as a Tokyo University professor, and as a manager at IBM Research-Tokyo and Sony Computer Science Laboratories.

Professor Suzuki asserts - "while we expect to see more and more popularization of 4K displays, there is still a shortage of 4K content. That means there's a big market for conversion from HD." He continued saying "We are negotiating licensing this technology and so forth with entertainment companies in the United States. These companies are planning to convert their HD titles and archives for 4K uses".