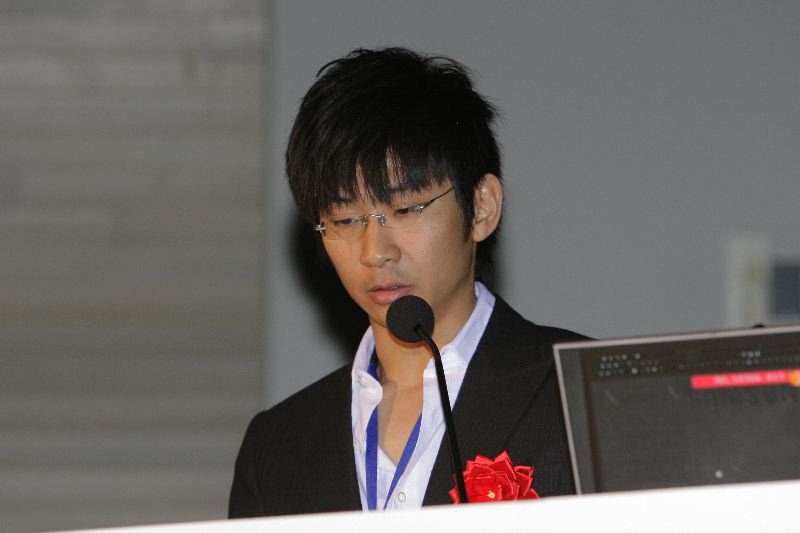 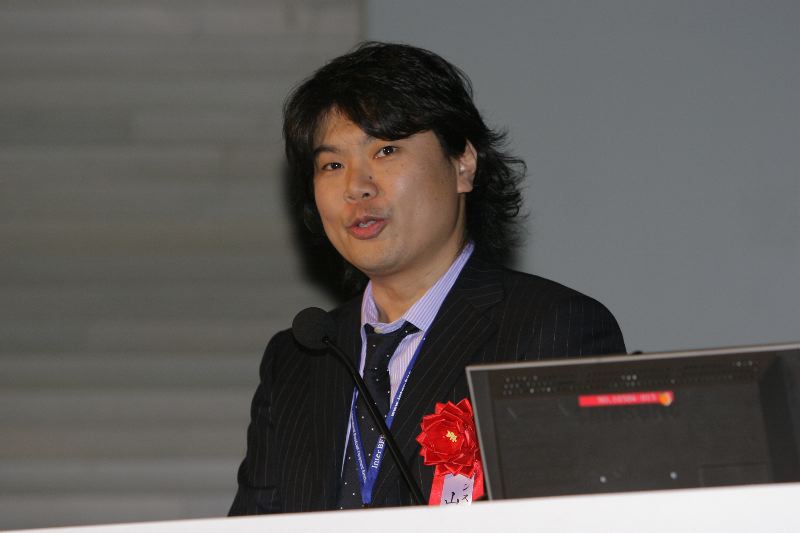 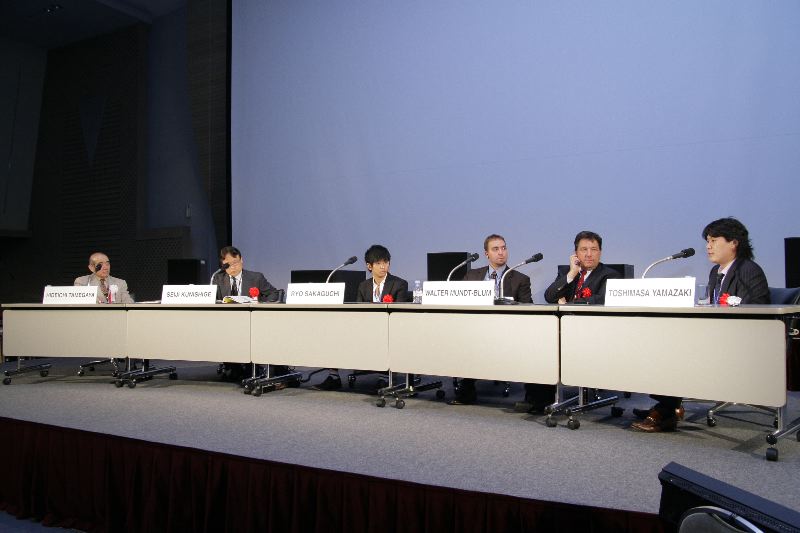 A presentation was given about cutting-edge video production by Digital Domain taking full advantage of CG technologies.

In video production for movies, various measures have to be taken to maintain high quality within a fixed schedule. At the start of production, previsualization (pre-viz) plays a very important role in assuring that production proceeds efficiently.

A project begins with the creation of concept art by the art department. At Digital Domain, this concept art provided by the art directors is considered to be extremely important. This is because together with pre-viz, substantial concept art can significantly reduce the amount of trial and error required when working on 3D productions. Moving concept art is also sometimes created to help clarify the director's vision. To realistically portray complex natural phenomena, above all else, it is vital to research them while referring to actual video footage. Watching real life images of such phenomena over and over again is the only way to fully understand the processes involved, and clearly see the elements needed to develop the software.

Video production for movies demands high quality. It was clear from the presentation that this calls for the establishment of a reliable production pipeline, with talented personnel at each step working efficiently together to improve workflow.

The following is a summary of the presentation by Mr. Sakaguchi, who works at the forefront of CG video production software development for movie production in Hollywood.

There are three major points in my presentation. First, I'll talk about video production using IP. I'll then move on to talk about construction of a system and network three years ago in a collaboration project concerning remote video editing using 10-giga networks between the Robert Zemeckis Center at the University of Southern California (USC) and the Shonan Campus of Keio University. I'll close with a few words on network construction.

On the theme of content production, the image we have is of a network system encompassing delivery, editing and archiving systems. We aim to develop a workflow in the future that will enable sharing of all content in a tapeless environment. In other words, digitization.
With the switch to IP broadcast systems, all of the video material will be stored in a common material server, and it will be possible to edit all content in many different locations before finally being pooled in the server. Turning this into a network system should enable sharing and the use of material between distant broadcast stations.
As an example of this unifying system, there is an editing network using video SAN with a central large capacity server. An example of a working system is the collaboration type remote video production system using 10Gps ultrafast Internet connection that was created about three years ago by a university in the United States and one in Japan. The project, known as the Baja Project, involved cooperation between the Robert Zemeckis Center at the University of Southern California (USC) and the Shonan Campus of Keio University in the editing of digital cinema video, with the aim of proposing a video production environment for the future. The project was basically conducted on a combination of IPV6 and IPV4 networks, but the problem was they hadn't really thought about the combination of IPV6 and IPV4. This problem was solved with the development of an IPV4/IPV6 tunneling system by Cisco Systems, Inc. It was this system that enabled the network to be constructed. The actual data volume passing through the network as digital cinema stream was 7.08Gbps. In terms of traffic, this amounted to 7.08Gbps of the network's 10Gbps.
When considering workflow in a network, however, the network must be designed to minimize communication downtime in the event of trouble. To avoid the network crashing when devices stop, it is vital to incorporate ideas from hierarchical network design, and to reliably design a redundant system with convergence and self-recovery mechanisms, intelligent node cooperation and other features. In order to increase the reliability of networks and solve the problems that arise during network use, research is continuing in the fields of routing technology, first hop redundancy, switching technology and device level technology.

Important points when constructing a content production network system are to ascertain how much data will be exchanged between connected devices, and to assure that the design offers sufficient bandwidth. It is also vital to optimize workflow by incorporating ideas of topology design. Furthermore, if security and backup network reliability are insufficient, the network will not have the capabilities required for broadcast applications.

For these reasons, issues that need to be examined when creating a network are:
- Traffic types and communication conditions of devices connected to the network.]
- Connected system interfaces.
- Allowance for increased data in the future.
- The range of influence in the event of problems, and allowable downtime.

In spite of the difficulty of using IP, technological developments now mean that the merits of IP can be positively considered.
Through management as digital data, content indexes can be created with metadata, and the cost of physically housing data can be reduced with virtual storage. Other merits include high-speed search of materials and other content, and content production efficiency can be improved. At the same time, it will be easier to reuse video resources for a wide range of other media.
I believe that the job of people on the network technology side is to create the conditions that enable material on a network to be edited with a PC, and to make this happen and become the norm before anyone notices. For this purpose, systems enabling interfacing with various systems, such as Cisco Systems' I/O gateway, have been developed, making it easier to incorporate visual systems in networks.

At this video symposium, a panel discussion was held following the presentations by each speaker. Speakers gave additional explanations of their presentations and answered questions from the audience.

Reflecting the latest broadcast technology trends, the Inter BEE Forum has continued to invite guest speakers every year to participate in a symposium enabling debate from the viewpoint of content production.
One of this year's speakers, Mr. Ryo Sakaguchi of Digital Domain, was awarded the Scientific and Engineering Award of the Academy of Motion Picture and Arts and Sciences this year. He received this award for his representation of fluids using computer graphics. Congratulations Mr. Sakaguchi! We have scheduled an interview with him in mid-April.
(Shuichi Tamegaya)