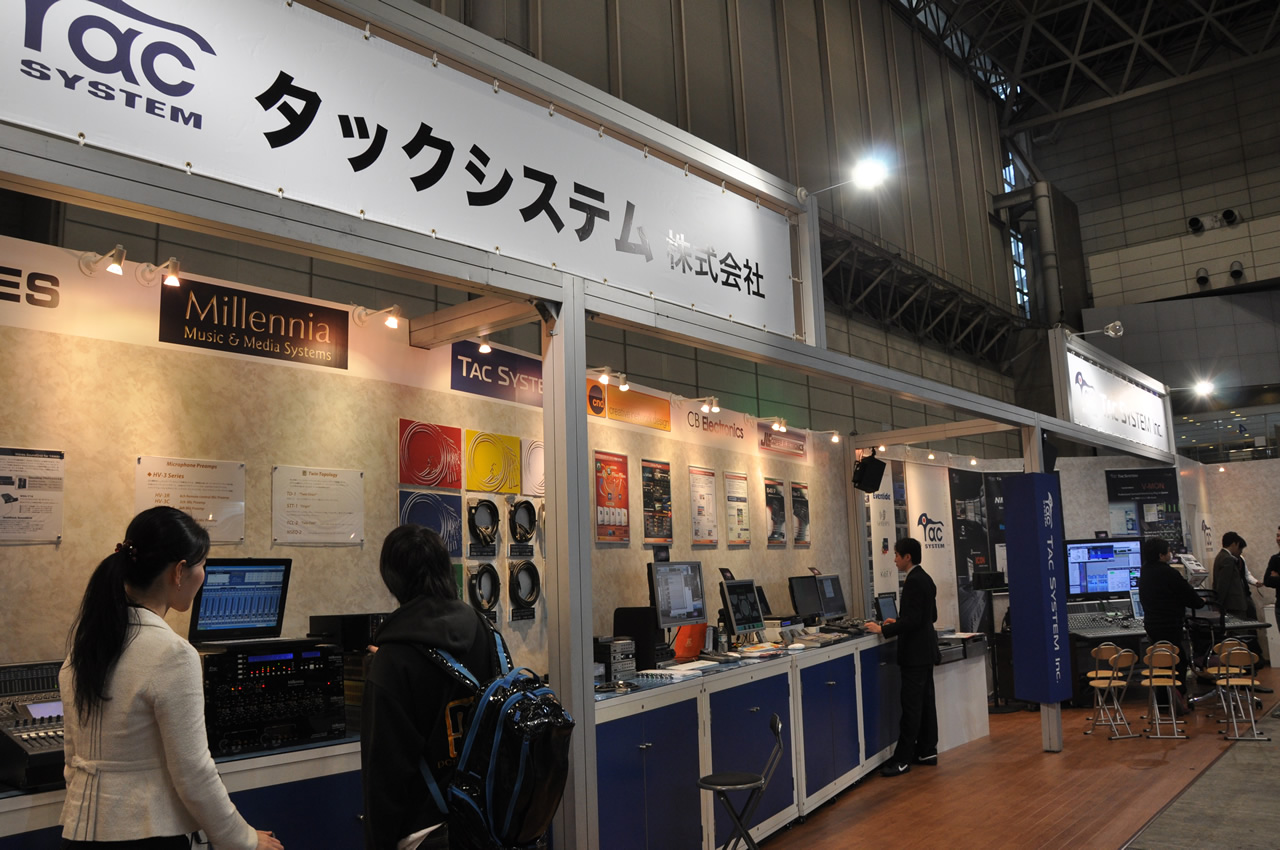 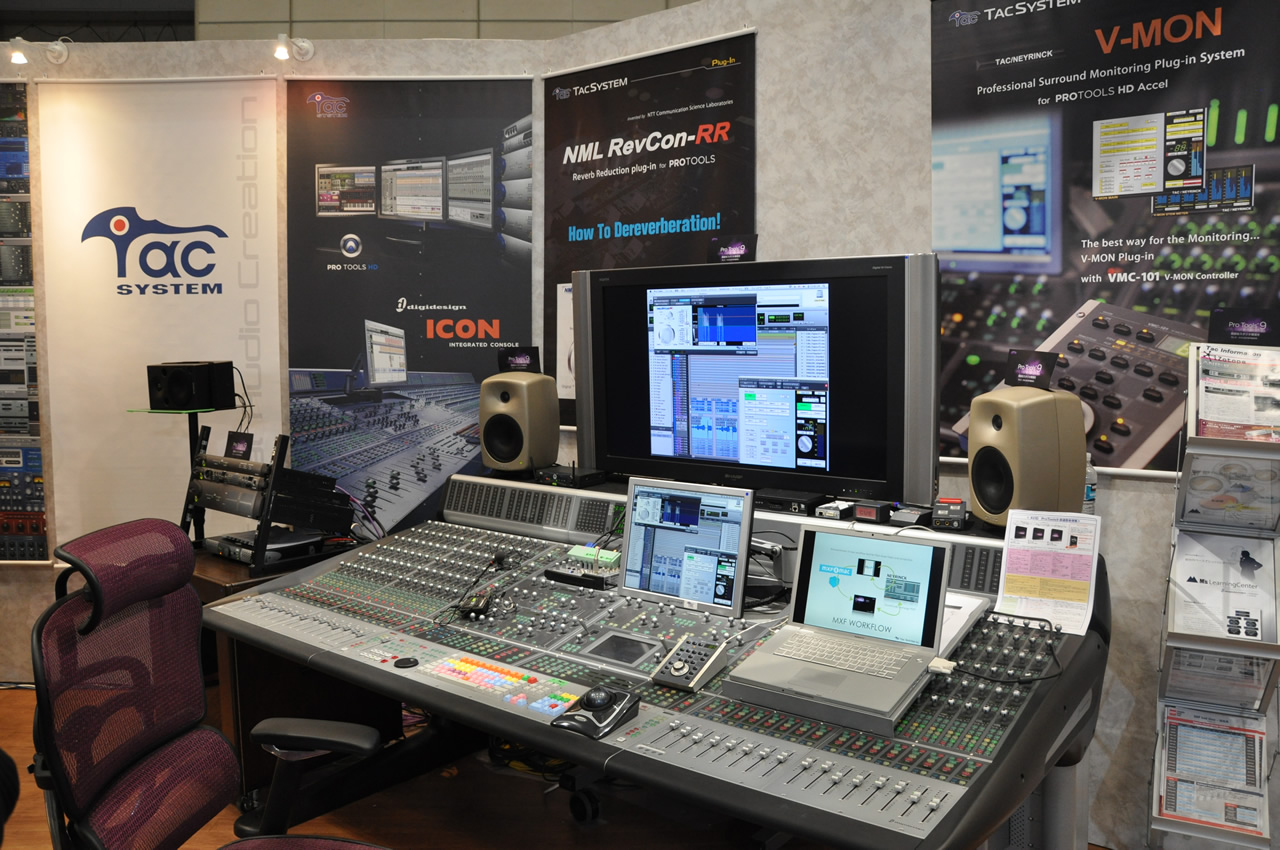 
■ The NML Rev-Con-RS stereo analog to surround software demo with reverb control technology
NML Rev-Con-RS (Real Surround) is a ProTools plug-in that uses reverb control technology to convert stereo analog signals into surround sound, and is on sale this year. The software also uses the Revtrina technology developed by NTT Communications Science Laboratories to analyze the characteristics of the 2 audio channels from a CD or other stereo source, and separate the direct components from reverb components, which enables users to reduce or accentuate the reverb depending on the kind of effect they want to achieve, and assign it to any channels to create a high-quality surround sound source.

Tacsystem production manager Atsushi Yamazaki described the NML RevCon-RS plug-in software- "we have been getting a lot of interest in this product from people all over the world, it was also selected as on of Mix Magazine's Top 10 Mix NAB Certified Hits at the NAB show held in April 2010."