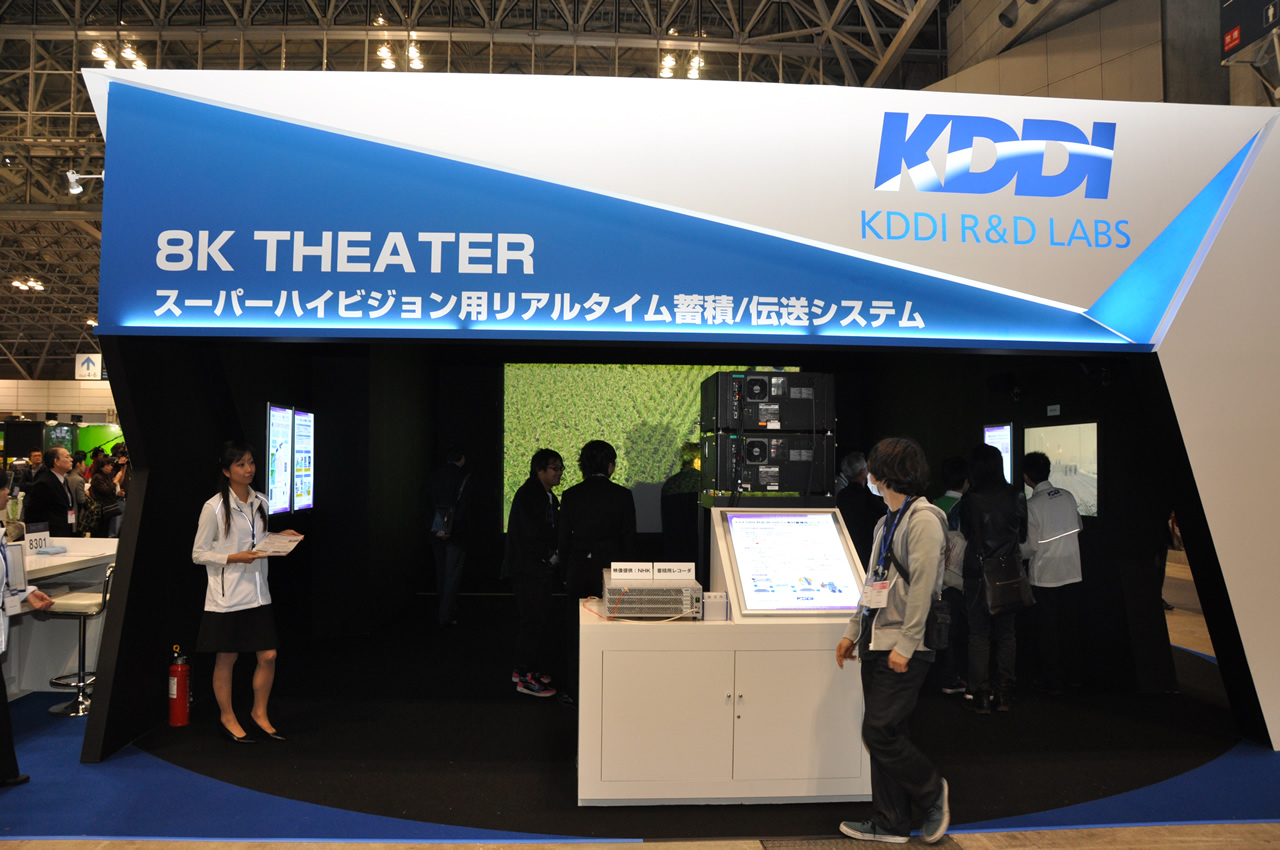 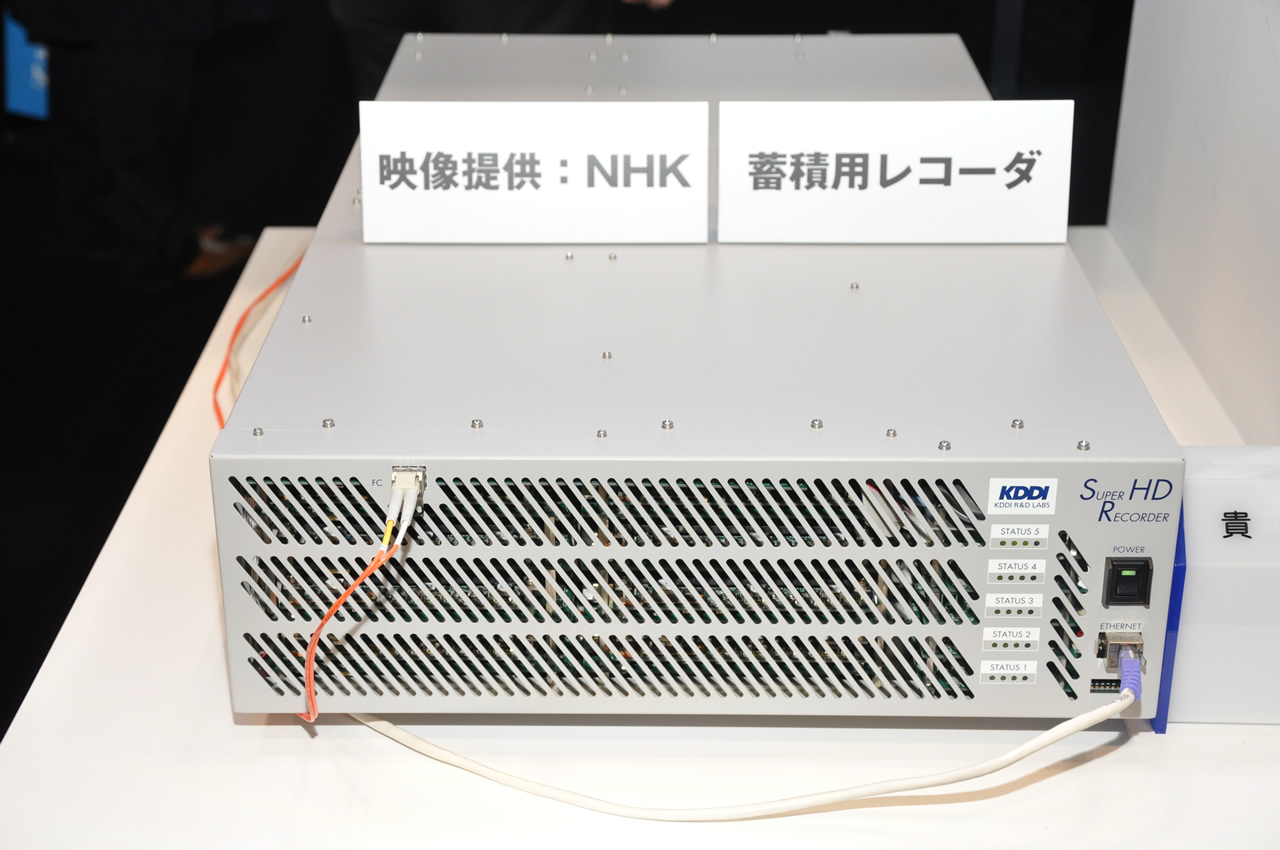 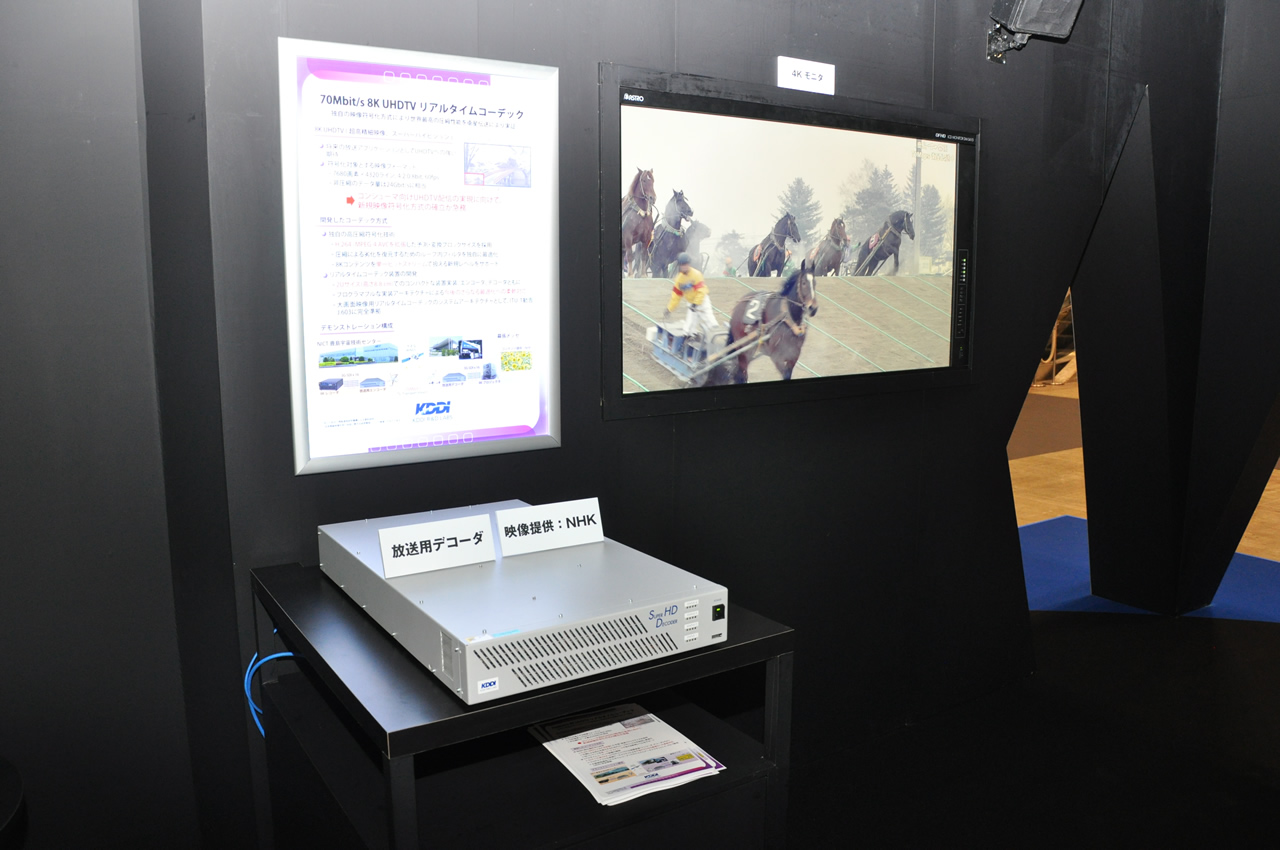 KDDI R&D Labs will be exhibiting and demoing two key items at Inter BEE at the Makuhari Messe convention hall this year. Last year at Inter BEE 2010, KDDI presented a storage recorder with an onboard 8K (7680 pixels x 4320 lines) full resolution UHDTV (super high vision) real-time storage codec. That item will be returning this year, along with a newly-developed real-time codec intended for broadcasting. The latter is being developed as contract research from the National Institute of Information and Communications Technology (NICT).

KDDI R&D Labs has succeeded at producing an original 8K full resolution codec that supports 4:4:4 10bit encoding and achieves a compression ratio better than 1/15. The codec also responds to latency within a single frame. KDDI is exhibiting this new technology in a compact 3U size real-time data recorder. The codec uses an H.264/MPEG-4 AVC base that has been expanded through KDDI's own methods. The newly-developed 8K UHDTV data recorder succeeds at combining real-time recording and playback in one device, and also allows high-speed (4Gbps max) transfer to external storage devices over the Fiber Channel interface. According to a representative, "We specifically designed this device to make use of other storage devices on the market."

Visitors to the booth can see real-time playback of 8K full resolution video provided by NHK for the device.

This demonstration makes use of a special broadcasting device operated by the NICT Kashima Space Technology Center that is embedded with KDDI's codec. Using the device, video will be beamed to the Kizuna satellite and broadcast to the convention hall and decoded. The 3G-SDI 16 part feed will be outputted to an 8K projector and displayed in real-time.

Multimodal Communication Group group leader, Sai Naito, Ph.D. explained, "Using this codec, we've compressed the data to 70Mbps; in fact, the high-level BS digital broadcast standards include a bandwidth for 70Mbps on one transponder, so this demo can realistically be executed under real-world conditions." He expressed his ambitions for the future: "We'd like to push for 50Mbps compressed UHDTV broadcasts in cable television and IPTV."