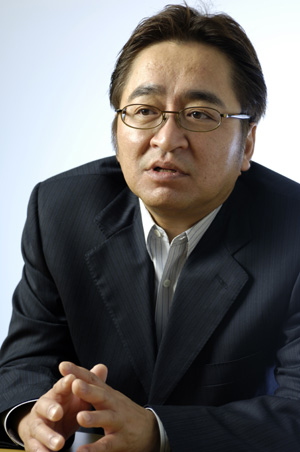 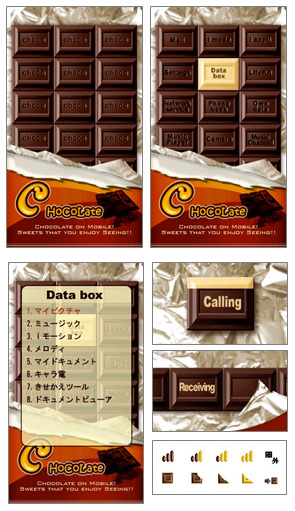 Beginning with the Internet and cell phone distribution services, J-Stream provides comprehensive solutions to enhance video, audio, image and Flash media, content production, distribution consulting, and effectiveness verification. J-Stream President, Kiyoshi Shiraishi explains, "Today, video content delivery terminals are not only for PCs but for cell phones as well, and these emerging cross-device applications with "net x net" multi-deployment communications including television and video games are becoming more prevalent. Therefore, the importance of optimizing video content delivery for individual devices must be emphasized". And he went on to further elaborate on the current state of image content delivery, as well as his company's endeavors and future issues.

President Shiraishi continued his evaluation regarding today's state of video content delivery by stating that, "These days, image content distribution with PCs is expected, but distribution targets are spreading to mobile phones, iPhones and a range of gaming devices. In October 2008, our company conducted an Internet survey and found that roughly half of the respondents accessing the net from their cell phones were prompted from a TV, and this clearly illustrates cell phones as an important type of network terminal. Furthermore, a large number of respondents are using terminals other than PCs or cell phones to access TV sets, game devices and iPhones, and so the general picture clearly shows that we are truly moving into the expanding "net x net" cross-device communications era.

Among the challenges of the cross-device communications era, the company is first seeking to strengthen its mobile phone solutions. Therefore, at the end of October, it established Up Arrows (http://www.up-arrows.co.jp/), which as a full subsidiary encompasses the full range of mobile content production. Possessing an established production record, Up Arrows' original batch update design tool named Kisekae (meaning "to dress-up") brought together a range of elements, including cell phone standby screens, menu screens, antenna and battery capacity icons. The company is also involved in the production of preset sounds for inclusion in mobile handsets, and supplies Chaku-Uta FullR (full-tune ring tones) and incoming message movie content to a leading mobile handset manufacturer for pre-installation into their products.

President Shiraishi went on to say that, "Notably, the Kisekae is gaining recognition for its potential as a new mobile phone advertising tool, and we are confident that demand will increase for rich content including video offered with Kisekae". And it is almost certain that a foothold in mobile phone video content production will lead to business expansion opportunities.

As well as their mobile solutions, the company is investing resources into the Brightcove on-line video distribution platform. This service provides a complete range of media management, publishing, video distribution, and business expansion functions that are indispensable for effective corporate video enterprises. With its superior flexibility, high-quality player and excellent templates, the service allows corporations to move into video content distribution with ease, allowing them to aim directly at the expanding domain of practical video content distribution.

Regarding the future of video content distribution, President Shiraishi pointed out that, "With these cross-device developments, rather than aiming for video format uniformity for all devices, content delivery optimized for individual devices will become more and more important. For example, terminals have different screen sizes, and the situations in which they are used also vary significantly. In the survey I have already mentioned, when users were questioned about viewing time spent, we discovered a marked difference as 32% of viewers spent between 5-15 minutes viewing from PC while 44% spent less than 3 minutes viewing from mobile phones when accessing corporate and retail sites. Do the video content demands for these various situations lie in mobile phones, iPhones and gaming devices? I am confident that a new idea for the cross-device age will be realized in cooperation with terminal manufacturers, content holders and our own video content distribution infrastructure company."

Photo 2: A design example of Kisekae tools (these can be viewed at Index Corporation's official Kisekae design channel site. Production: Up Arrows)