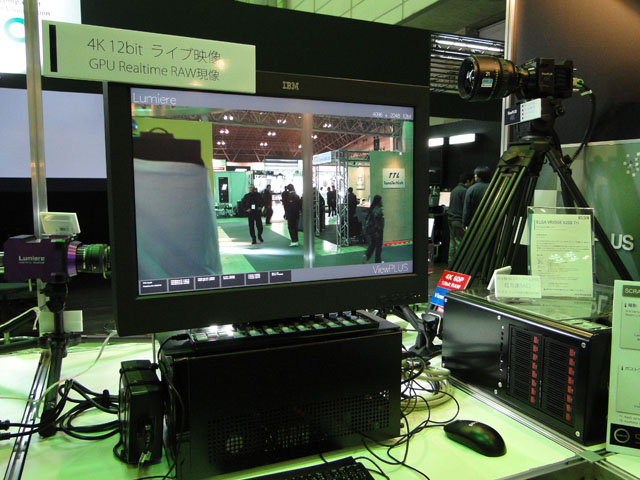 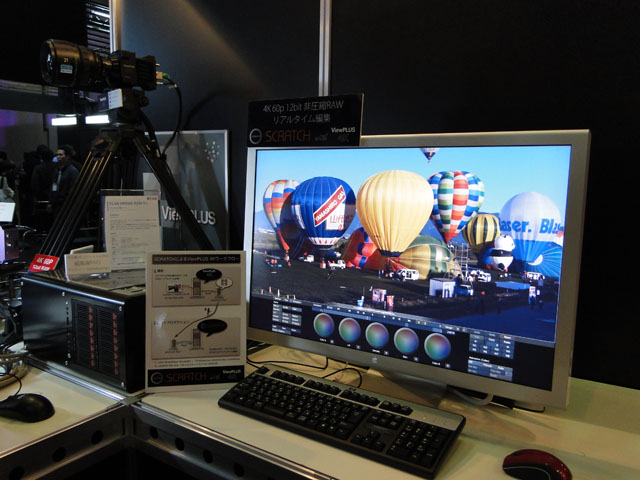 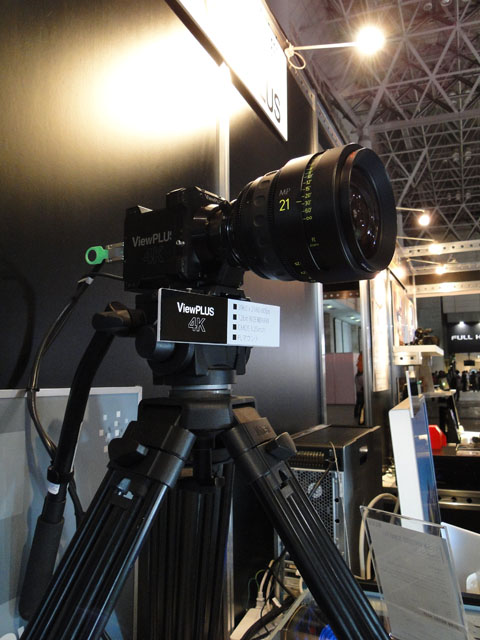 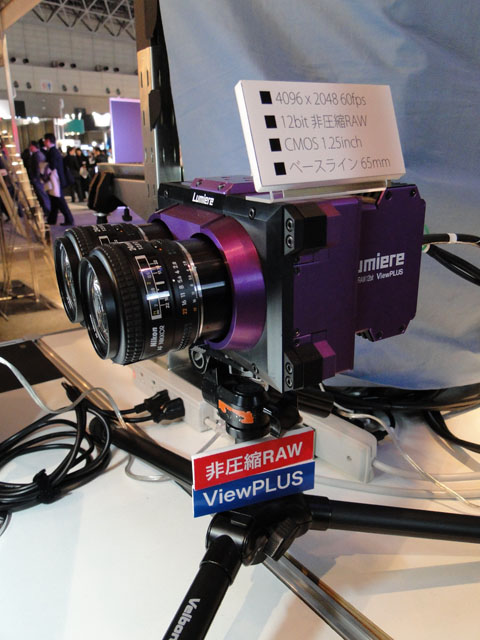 The Lumiere camera series is a recording system that can directly read to a PC over PCI-Express 4k x 2k (4096 x 2048) 12bit images shot on a digital camera at 60fps (progressive).

The power of the GPU in the NVIDIA graphics card installed in the PC enables processing and preview of images in real time.

The Lumiere series was developed with technical cooperation from NHK Engineering Service Inc. This was recently released at SIGGRAPH 2010, and whereas applications have up until now been focused on research laboratories and telemedicine, this is now also expanding into entertainment, including big-budget Hollywood movies.

The device incorporates real-time preview, as well as color conform, grading, special effects, and other editing functions for film-resolution materials provided by the finishing DI SCRATCH workflow solutions manufactured by US company ASSIMILATE. The device gave a demonstration of editing in real time.

The Lumiere 3D can shoot 4K (4096 x 2048 pixel) stereo content at 60p uncompressed. Two 4K cameras use general-purpose lenses mounted to incorporate parallax (the difference between left and right images) at a distance of 65mm between the optical axes, a similar distance to that between human eyes. This can record approximately 12 minutes of 12bit video at 60fps at maximum resolution, and real-time preview of the written image data is also possible.

The venue used a display system in which the content was shown in real time, demonstrating the high precision and resolution imaging capable with the Lumiere 3D.