[NEWS] At Inter BEE 2016, Star Communications Exhibited a Sample of the "TVU RPS," the Video Transmission System from TVU Networks that Realizes Switching of Multiple Cameras from a Remote Location 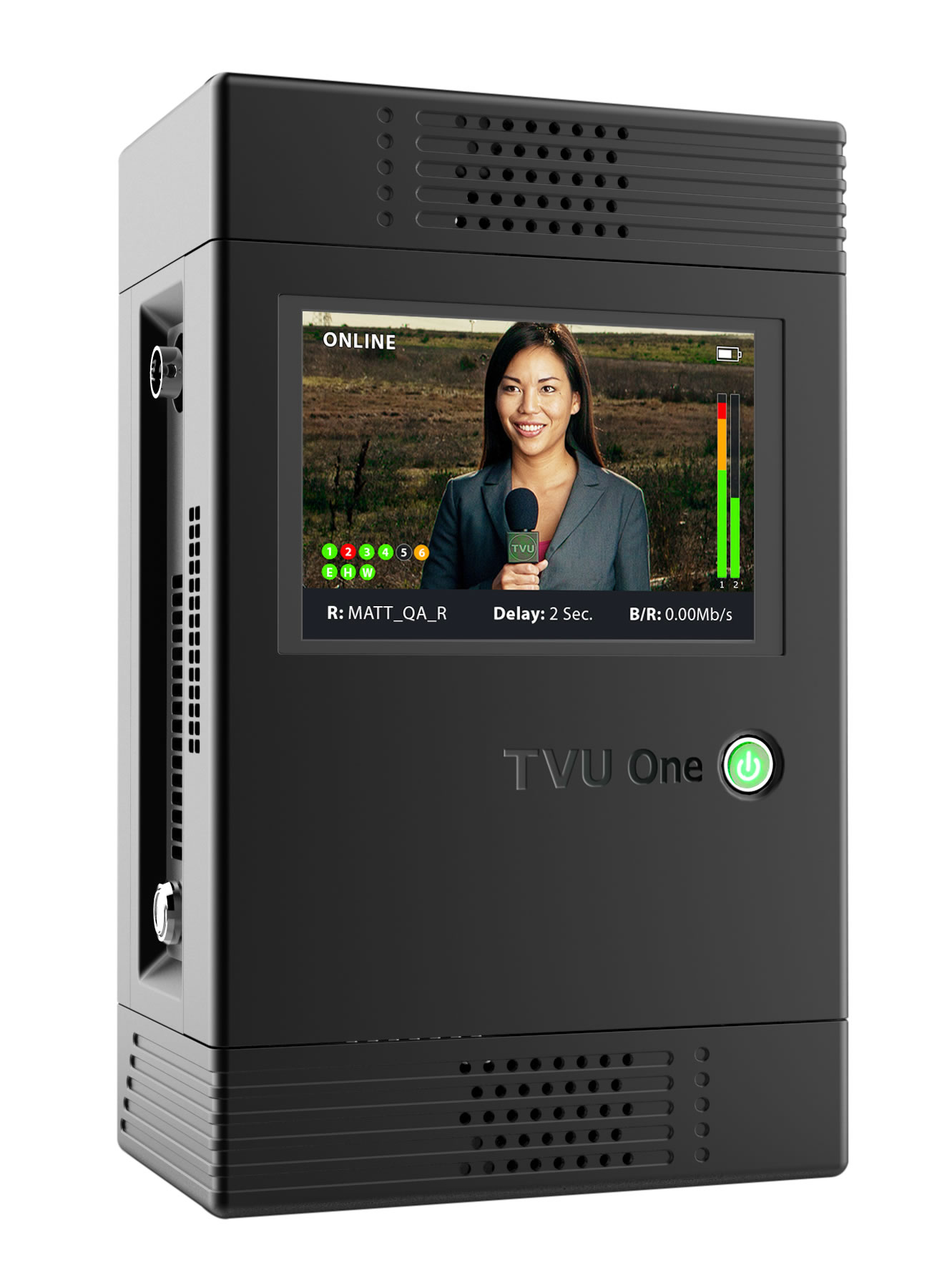 Star Communications (Headquarters: Chuo, Tokyo) exhibited at InterBee 2016, which was held at Makuhari Messe from November 16th (Wed) through 18th (Fri). At the company booth (Hall 5, Booth 5210), a new service using "TVU One," the portable mobile video transmission system from TVU Networks, and "Starcom mobile," the upload specific SIM, were introduced. Also, a sample of "TVU RPS," the new product from TVU Networks that won "Best of Show" at NAB 2016, was exhibited.

■ Transmit high-definition video in real time through effective utilization of a maximum of 12 wireless circuits
"TVU One," the mobile video transmission system is portable and enables easy live broadcasting of news and events from anywhere at any time. It's special characteristic is that it can dynamically monitor the signal strength of a maximum of 12 wireless circuits to transmit high-definition video in real time using the unique software technology "Inverse StatMux" developed by TVU.
Seiji Iwashita, the CEO, explains, "Previously it was impossible to steadily transmit live videos using one wireless circuit, but through Inverse StatMux technology, by dynamically and effectively transmitting over multiple wireless circuits, such as 3G/LTE/4G/Wi-Fi/WiMax/BGAN, we have realized continuous and high-definition video transmission."
To add, internet video transmission services, such as Ustream, Niconico live broadcasting, and Youtube Live, are compatible.

■ Introduction of a new service using the upload specific LTE SIM
Starting in August of this year, Star Communications began a service using "Starcom mobile," the upload specific LTE SIM. "Starcom mobile" is compatible with LTE circuits from NTT DOCOMO, au, and SoftBank, and can be used for 4,800 yen per month (SIM only) for 40GB of uploads for NTT DOCOMO (equivalent to docomo Xi) and au (equivalent to au 4G LTE) and specifically for the "TVU One" by TVU Network for SoftBank (equivalent to Softbank 4G). He states, "If you are going to use it mainly for the uploading circuit of video transmission, it is an extremely useful SIM." To add, it is also sold as a package with a specific device for 5,800 yen per month.

■ A sample exhibition of "TVU RPS," the new product from TVU Networks that realizes multiple camera footage switching from a remote location
A sample of "TVU RPS," the new product from TVU Networks that won "Best of Show" at this year's NAB show, was exhibited for the first time at InterBEE. The "TVU RPS (Remote Production System)" is a device comprised of a 1U size encoder equipped with HD-SDIx6 input and an Ethernet terminal and a decoder equipped with HD-SDIx6 output and an Ethernet terminal. It enables simultaneous transmission of footage from a maximum of 6 cameras through an internet connection. The resolutions supported are 1080i and 720p. In addition, the receiving decoder has 6 HD-SDI outputs, enabling remote camera footage switching by inserting the output into a switcher. In addition to low latency, it contains features for transmission of metadata, such as for the prompter, tally light, and GPS, and control data from the remote site.
He states, "As long as there is internet connection at the work site, there will be no need to bring lots of equipment to the site, because camera footage switching can be done from the studio in the station. Only the cameras and the encoder for this system will be needed."

Additionally, a sample of "SC-4200," the wireless transmission device from SILVUS Technology using MIMO, was exhibited.