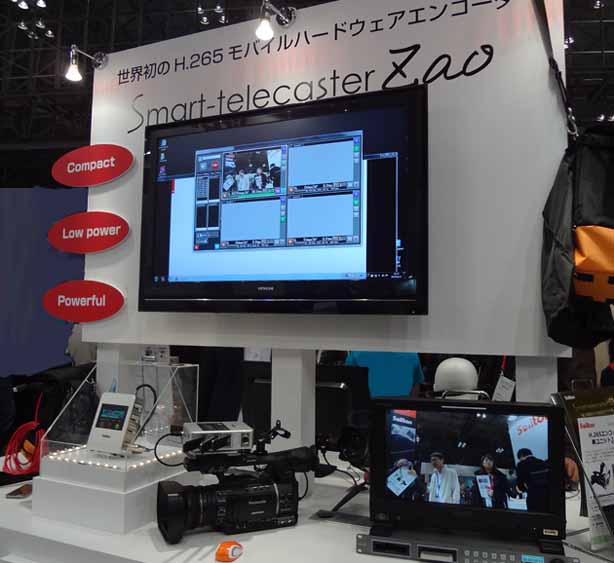 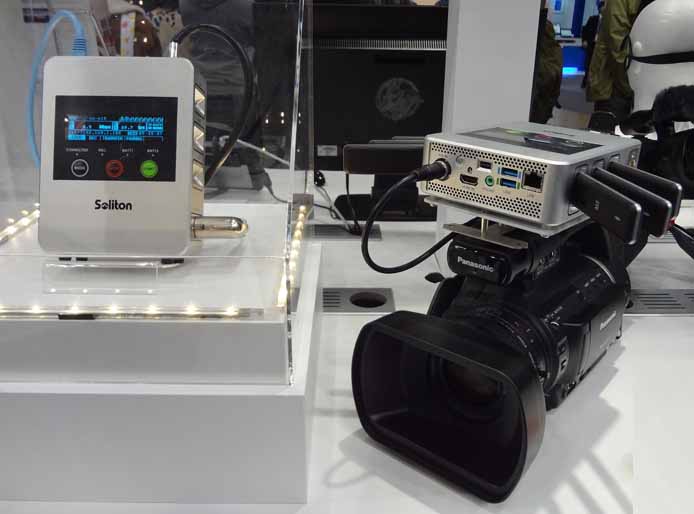 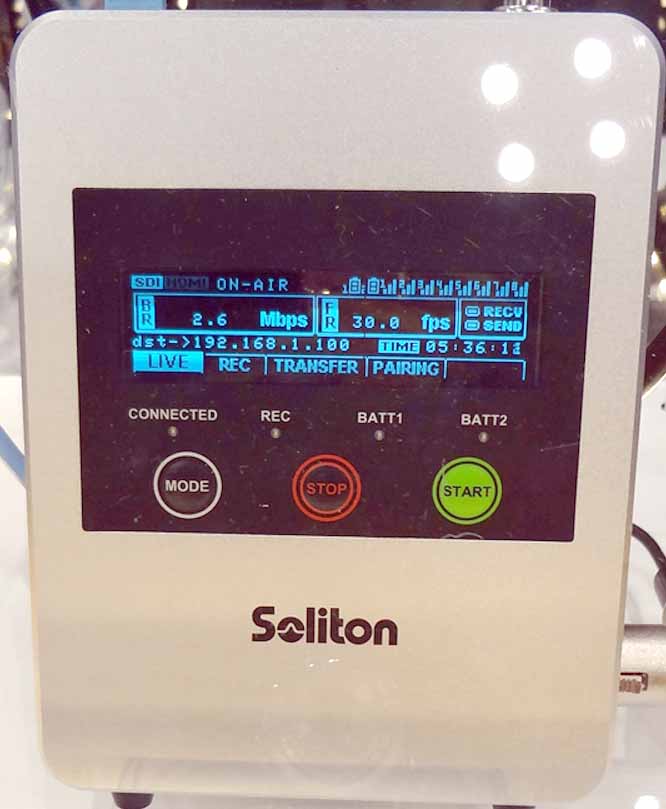 At Inter BEE 2014, Soliton Systems exhibited their new model from their Smart-telecaster HD series of mobile video transmission systems. The newest model, the Smart-telecaster Zao, uses the HEVC codec to broadcast video in real time over public mobile networks such as 3G/LTE and WiMAX. In maximum Full HD (1920x1080, 4:2:0, 8 bit), the Smart-telecaster Zao can broadcast at a maximum bitrate of 10Mbps. The device uses Vorbis audio encoding and AES 256-bit encryption.
By using the H.265/HEVC format (Main profile, Level 1-4) for encoding processing, the device is capable of high-resolution live relays, even at the same bitrates. By combining this processing with Soliton's unique RASCOW protocol (Real-time Auto Speed Control based-on Waterway model), the Smart-telecaster Rao is capable of providing stable, continuous video transmission even in environments where the bandwidth is unstable, Soliton says.
The transmission box that links to the cameras is smaller and lighter (123x160x46mm, 900g) than previous models. The box is capable of supporting four cameras with a single receiver and allows users to manage four raw video streams with one interface. The unit is expected to go on sale in March 2015. As with other models in the current series, an app will be released simultaneously that can control the device via smartphone.
The Soliton booth also showcased the latest version (3.0) of the Smart-telecaster HD, released in September, as well as the latest version of the Smart-telecaster ML relay app (for iOS8).