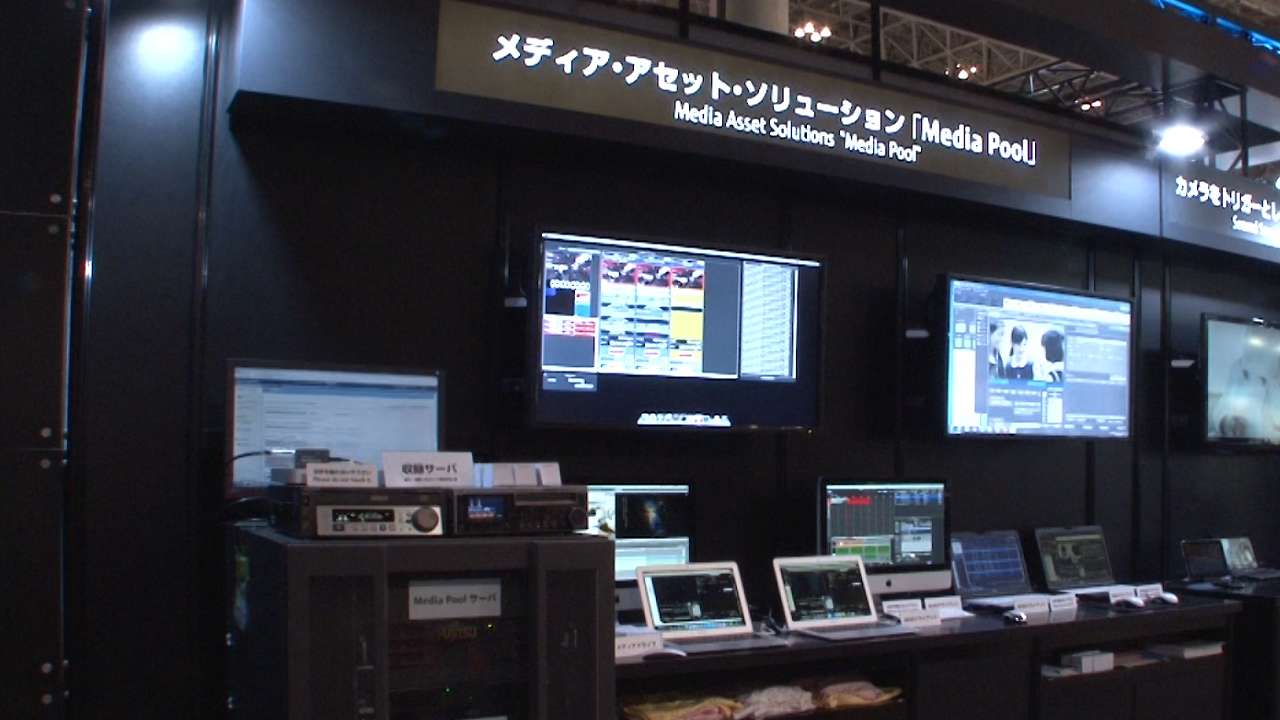 Fujitsu showcased its solutions, upcoming systems, and latest technologies for broadcasters under the theme “Striving toward further innovation in file-based technology.”
They presented a variety of products for broadcasters including an operational optimization solution utilizing their newly released live video switching software, as well as various solutions and upcoming production support systems based on Fujitsu’s own video processing technology.
For their observation camera/video transmission and operational optimization solution, they demonstrated a system capable of showing a list of video cameras in multiple locations using video monitor software. For the observation camera recording and transmission solution, they showed a system enabling quick retrieval of stored footage and immediate on-the-air usage via simple operation in disasters and other emergencies.
For their cloud-based transcoding service, they conducted a demonstration that converted captured footage into a usable format and transmitting it as a file. The system also supports observation camera video storage and multi-device delivery.
The Media Pool next-generation production support system makes it possible to carry out every step from recording to archiving without dealing with files. It is capable of reliably allocating and moving files to storage automatically.
Fujitsu’s upcoming broadcasting system provides a portal that enables the operator to understand their work for a particular day at a glance, by providing notifications on the status of work currently being aired, as well as assigned work.
The following products were presented in terms of video transport solutions utilizing their latest codecs and next-generation video transport technologies. The video transport solution IP-9610 can be used as a replacement successor model to the IP-9500. Bidirectional transport is possible with one pair. Moreover, with regard to migration to H.265/HEVC, they presented a 4K demonstration utilizing a UHD real-time encoder, as well as applications for still photos.