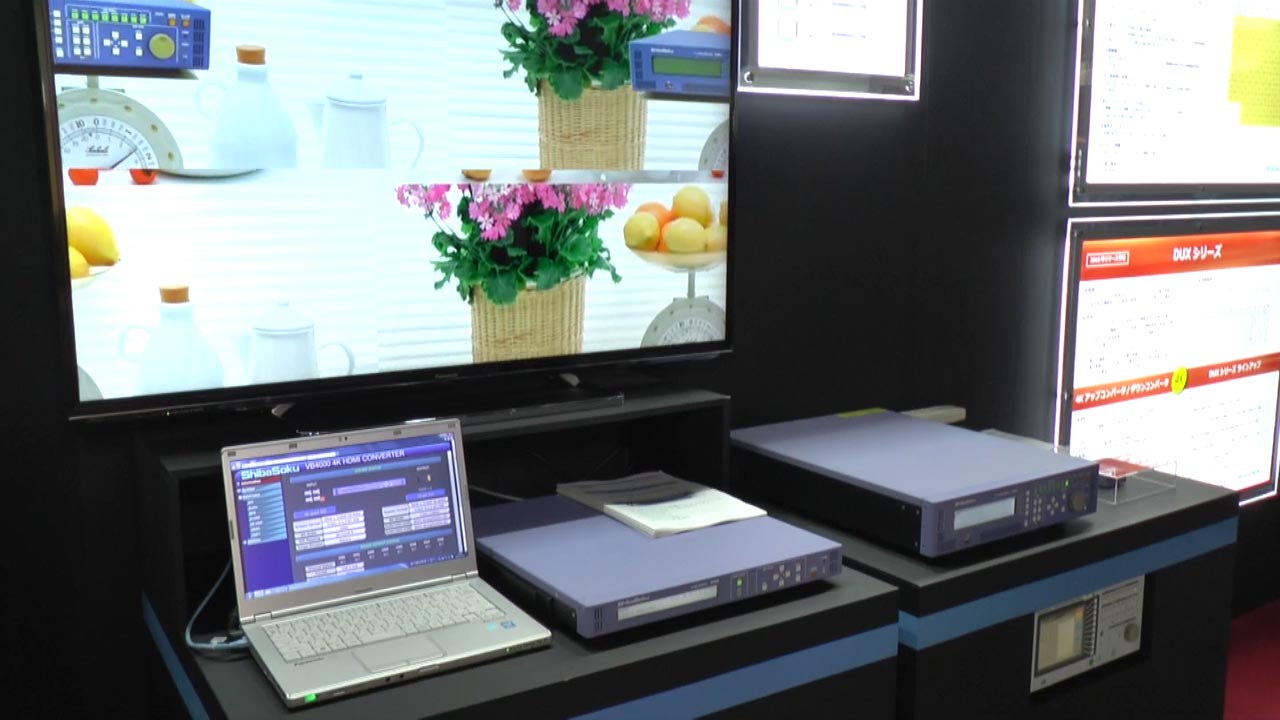 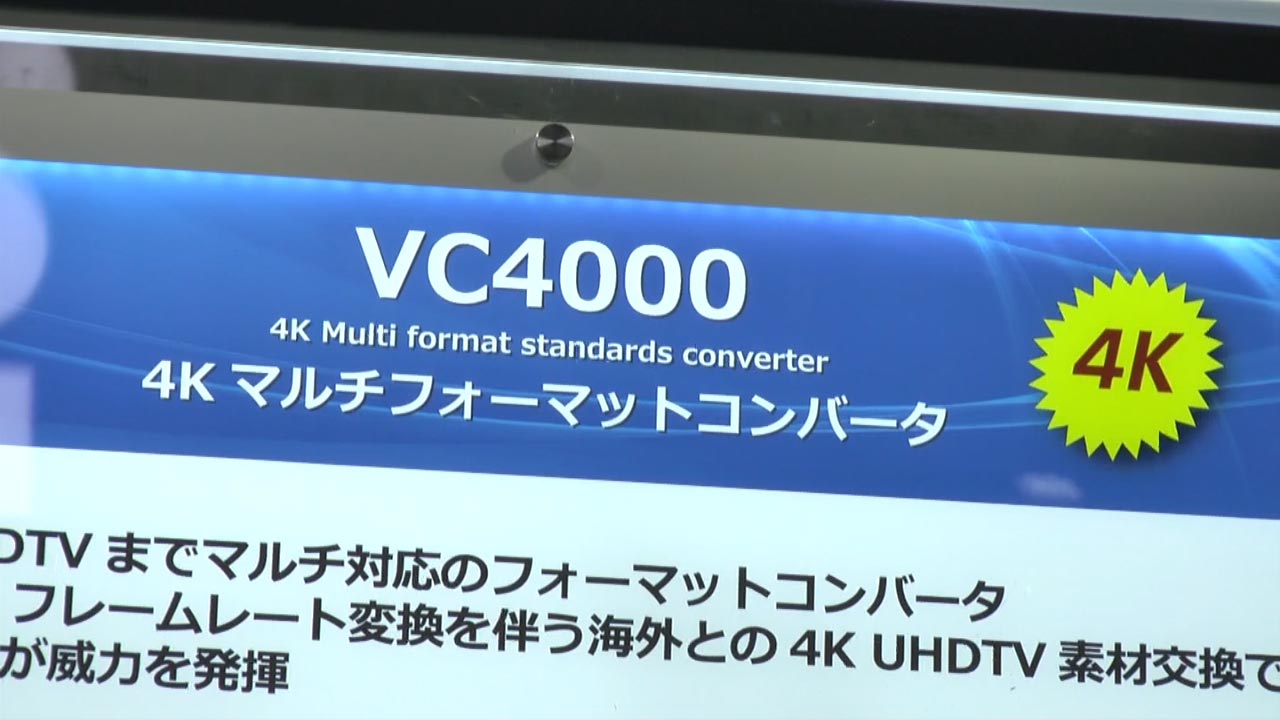 At Inter BEE 2015, Asaka (video and broadcast equipment, hall 4, booth #4513) showed its 4K HDMI converter, the VB4000. It takes 4K signals comprising four 3G-SDI lines and converts them to a single HDMI.
It offers sampling conversion to YCbCr/RGB, 4:2:0/4:2:2/4:4:4, and 8bit/10bit/12bit, as well as conversion to the Rec. ITU-R BT.2020/BT.709 colorspaces. Four of the units have also been used by a client as peripherals for an 8K display. The existing TG4000 has been updated with new features, among them payload ID editing, memory and sequencing, and XYZ test patterns. The 4K up- and down-converters in the DUX series were shown only as panels. The company plans to release a line of 4K up- and down-converters, an essential tool for 4K production, in 2016. These will be in a rack-mount configuration for multi-channel operation.

■TG4000 4K test signal generator
The TG4000 has been enhanced with a payload ID editing feature, memory and sequencing, and XYZ test patterns, among other new enhancements.

■DUX Series of 4K up-converters/down-converters
This is the company's 2016 lineup of up- and down-converters, an essential tool for 4K production. These were exhibited as panels. Shown were rack-mount configurations for mult-channel operation.