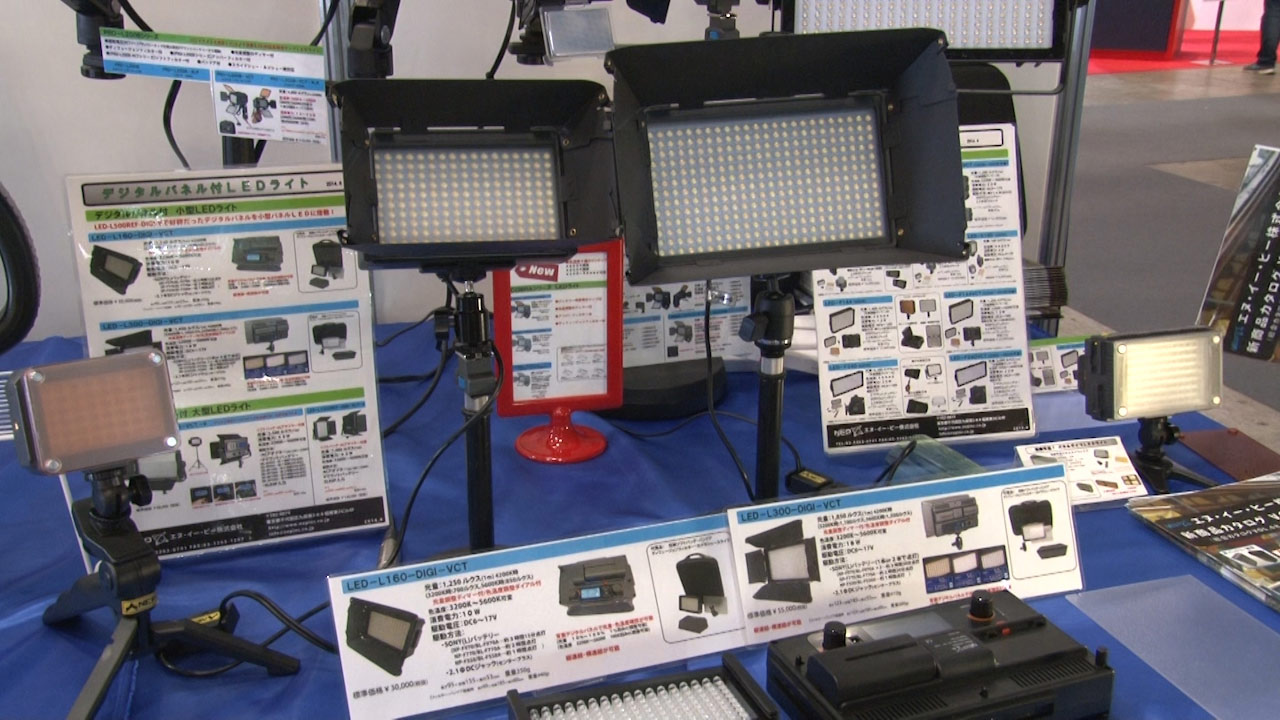 NEP presented their lineup of the BL-BPN Series high-capacity lithium-ion V-mount batteries at their Inter BEE 2014 booth.
The BL-BPNE Series has USB and D-tap ports, so they are able to provide power not only to cameras, but to many other devices from mobile phones to GoPro’s. They also sell multi adapter plates for the V-mount enabling simultaneous power supply to 5V, 8.4V, 12V, 15V devices, and more. They are also equipped with an HDMI splitting function, capable of sending images from a camera to two channels of monitors or viewers.
The company also demonstrated an LED digital touch panel display that is not only compact, but can display 100°K color temperature and 1% light intensity with superior intensity adjustment capability compared to other lights. The digital touch panel display is also capable of variable color temperature and intensity.