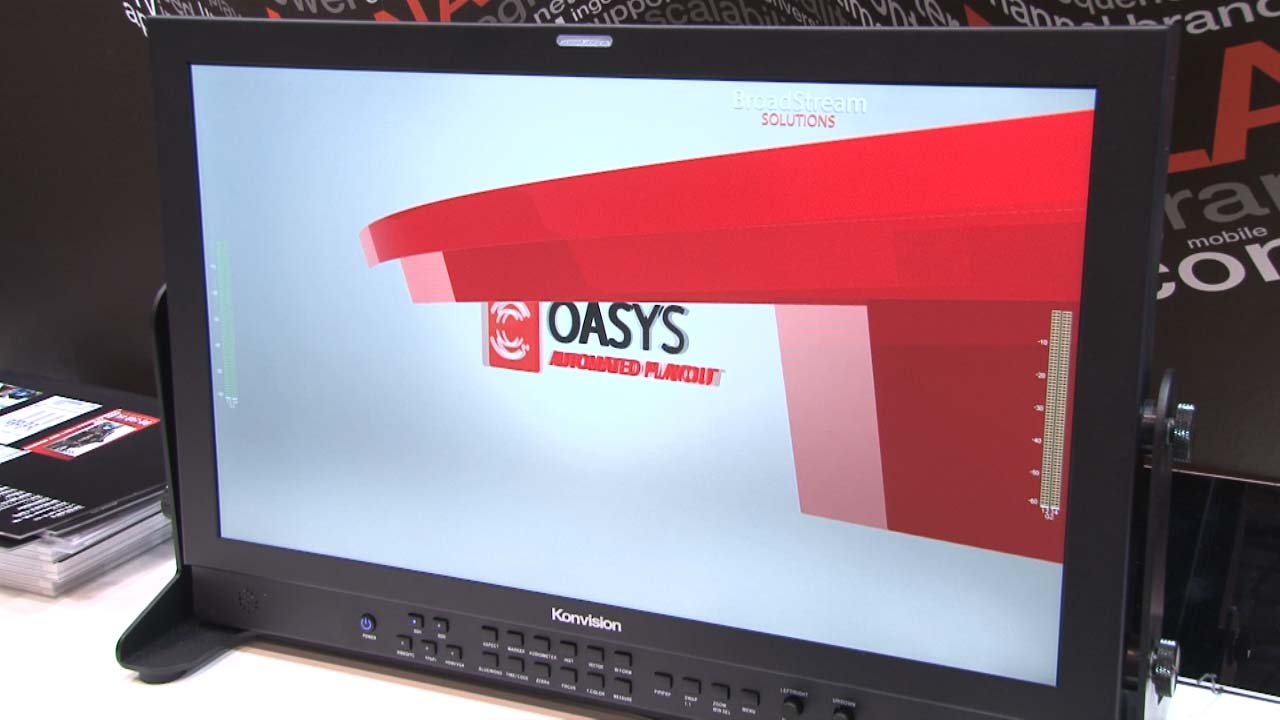 DIGIcas exhibited the Ultrix routing switcher with support for 12G-SDI by Canadian manufacturer Ross Video at Inter BEE 2015. The Ultrix is a brand new product just unveiled at IBC 2015. At its booth, DIGIcas displayed systems supposing 4K/8K setups including a conversion from 3G-SDI x 4 to 12G-SDI.
While coming in a compact casing at 1RU/2RU, the Ultrix allows you to build a routing switcher up to a maximum frame size of 72 x 72. The base Ultrix is a 3G-SDI routing switcher. Options reportedly enable addition of 12G-SDI support, a hybrid router (with audio processing), and a multi-viewer. Company official Wataru Ohashi explains: “All of the optional features are available under a software license. This enables you to keep initial costs down as you can add options as necessary after beginning with a minimal configuration.” Ultrix will reportedly be released in March next year.