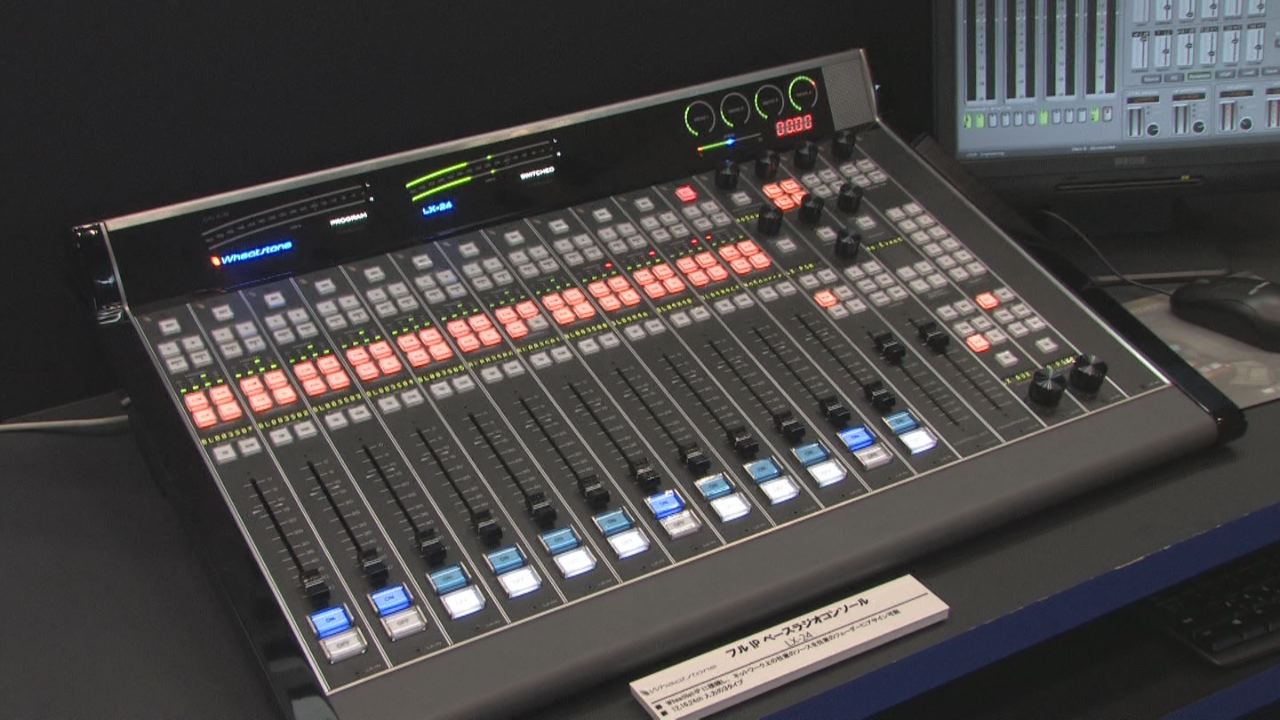 S.C. Alliance (booth: 4520) is conducting the Japanese debut of Wheatstone, the top US manufacturer of broadcast consoles.
The Dimension Two, announced at NAB, is a television broadcast console with support for 5.1 surround. It can also be used as a large-scale system for regional radio stations. The new Wheatstone LX-24 is a full IP-based radio console. The Wheatstone L-8 is a compact 8-channel IP radio console inheriting the design and functionality of the LX-24.
Also on display is the "prefectural radio station master system," which is currently under development. Built around a core of DAD and scmade (in-house developed) components, the system is configured to conform to future demands through stable operation, a small footprint, scalability, and superior cost performance.