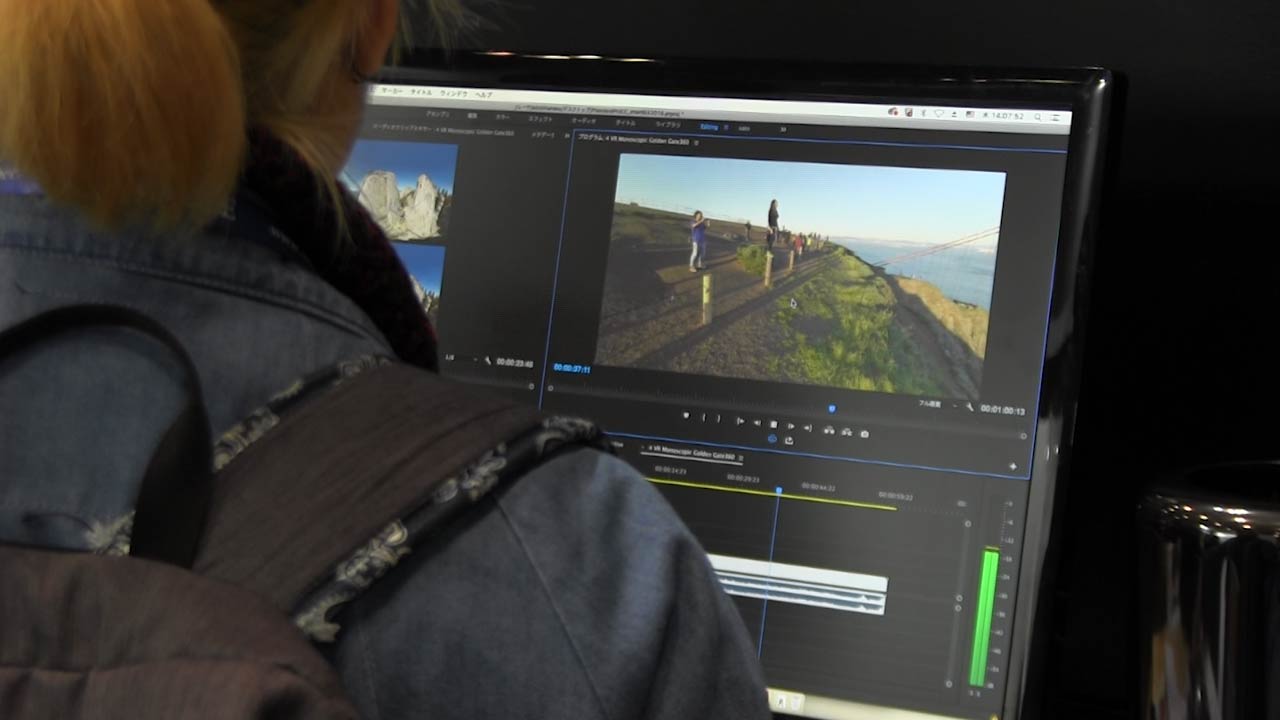 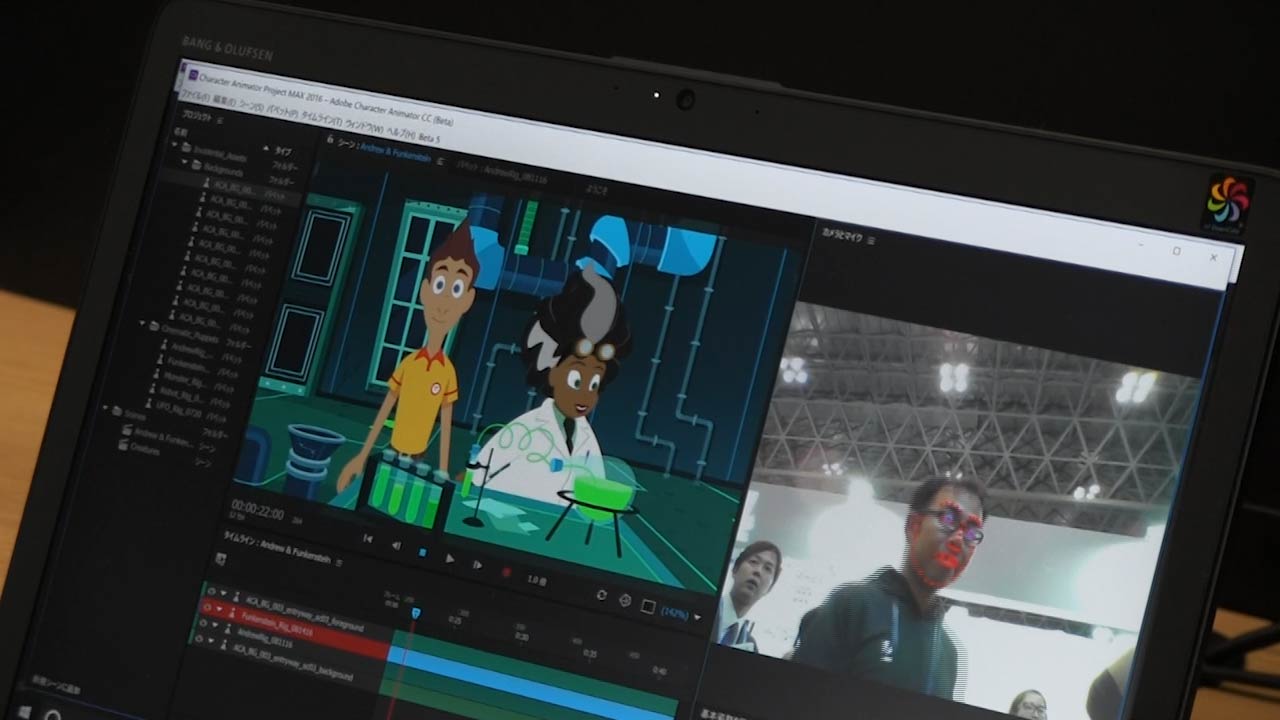 At the demonstration corner, we introduced various tools including the Adobe Premiere Pro CC, the core of Adobe Creative Cloud's video production tools.
In the 2017 release of Premiere Pro CC, it supports RED Digital Cinema 8K format. HDR output in H.265 is possible.
With Character Animator, an accessory tool of After Effects, you can easily create character animations based on data of facial expression and audio.

In addition, at the demonstration corner, we introduced an XDCAM workflow, which is now being widely used in broadcast sites, by using an actual XDCAM deck, camera and drive.