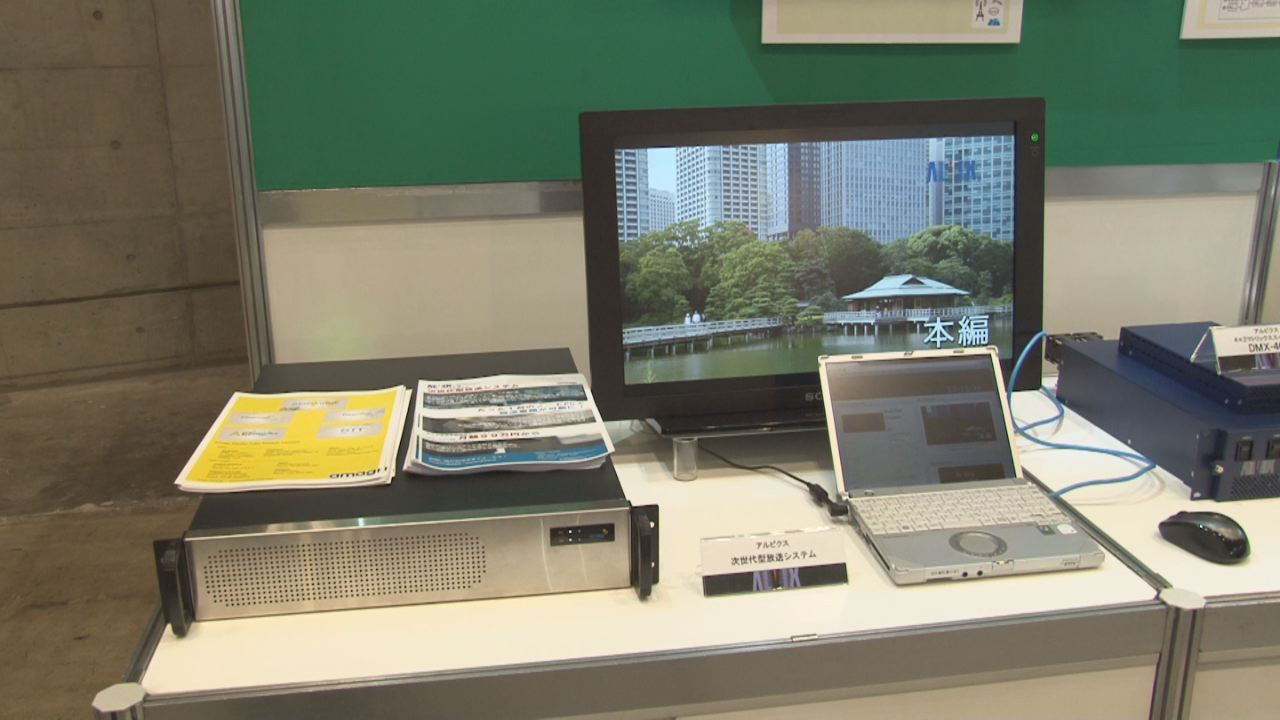 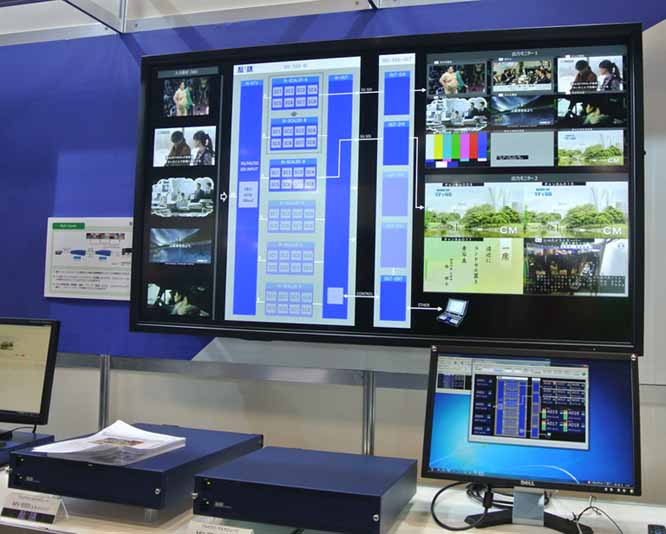 In response to the rising needs of video distribution through networks like IPTV and OTT, Alvix debuted their “next generation broadcasting system,” which adopts proven technology from Indian company AMAGI, and customizes it for the Japanese market.
Shigeru Maruyama from Alvix’s Tokyo office explained, “This product is something I found at broadcast-related exhibitions overseas. Alvix then customized it for the Japanese market, and it will be released in April 2015. It allows you to do most distribution tasks, like file ingesting, playlist creation, and remote supervision from a single laptop computer. It can also dramatically simplify workflows by eliminating the need to carry around heavy equipment. In an attempt to significantly lower costs, we made it so anyone could easily distribute video through a network. An ASP service, for example, lets you do this starting at ¥990K a month.” Such systems have already been used in at least 3000 cases overseas, including for a horse racing channel in the U.K.

■New multiviewer capable of 48-channel input
Alvix’s new MV-550 multiviewer is capable of SDI signal input and split screen display on high-resolution monitors, including Full HD. Alvix sales manager Mayumi Kawasaki told us, “This has a wide range of applications for master monitoring at broadcast stations. We anticipate tremendous market expansion as, along with digitization, broadcasters continue to update their master monitoring equipment. It was announced in an interview this year, and we plan to release it in March 2015. This new multiviewer is capable of up to 48 channels of input, and can output to four split screens with totally different layouts. For broadcasters with a lot of simultaneous multichannel monitoring needs like cable television stations, we hope that this product will provide a total solution, rather than just a simple machine.”

■VAD-816: 16-channel audio/video signal error monitoring with one machine
The Alvix VAD-816 audio/video error detector performs 16-channel audio and video signal error monitoring on a single machine. Kawasaki explained, “With this new product, you can do constant monitoring on as many as 16 channels with one machine. Four set-top boxes are controlled with an infrared remote, switching channels during constant monitoring. Many broadcasters are already using these devices, but we have really strengthened our latest lineup.”