【Inter BEE 2014 TV】Taiwan's Acebil, working full speed on the sale of its tripods and lightweight jibs, establishes a Japanese subsidiary, and is exhibiting its small lightweight carbon fiber jibs and compact sliders 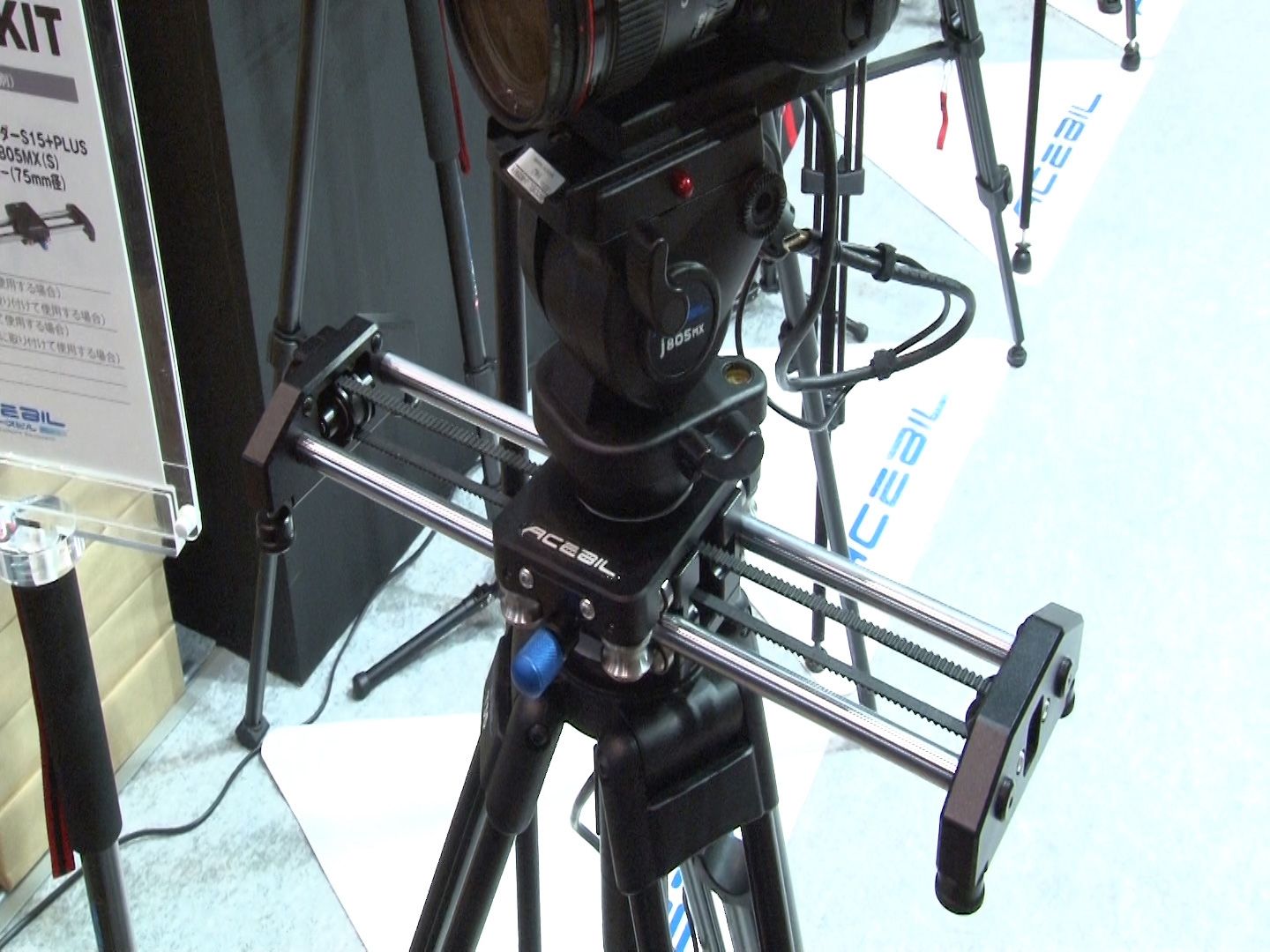 Eagle Beaming International took part in Inter BEE 2014, exhibiting products from Taiwan's Acebil. Acebil has been manufacturing tripods for photography and film in Taiwan since 1980. The company already boasts sales in North and South America as well as in Europe.
In order to sell in Japan, and with the company's appearance at Inter BEE 2014 marking its start, Acebil Japan was established.
At the booth, in addition to tripods, the company exhibited small lightweight jibs and compact sliders.
The small lightweight jib Feather JIB CMJ-1 uses a carbon fiber pipe, and was developed with "even lighter, even more compact, and one person operational" as its concept. The main unit weighs 3 kg and can be used with a camera with a maximum load of 3 kg. The arm length ranges between 47 and 117 cm. It is possible to equip cameras from digital SLR types to camcorders. The standard sales price is ¥68,000 (not including tax).
The compact slider S+PLUS boasts all the functions required of a slider, allowing for photography and filming without blur regardless of the cameras position. The standard sales price is ¥68,000 (not including tax) and the maximum load capacity is 15 kg (when used independently) and 6 kg (when used with a tripod). The slide length is 26 cm (when used independently) and 51 cm (when used with a tripod).